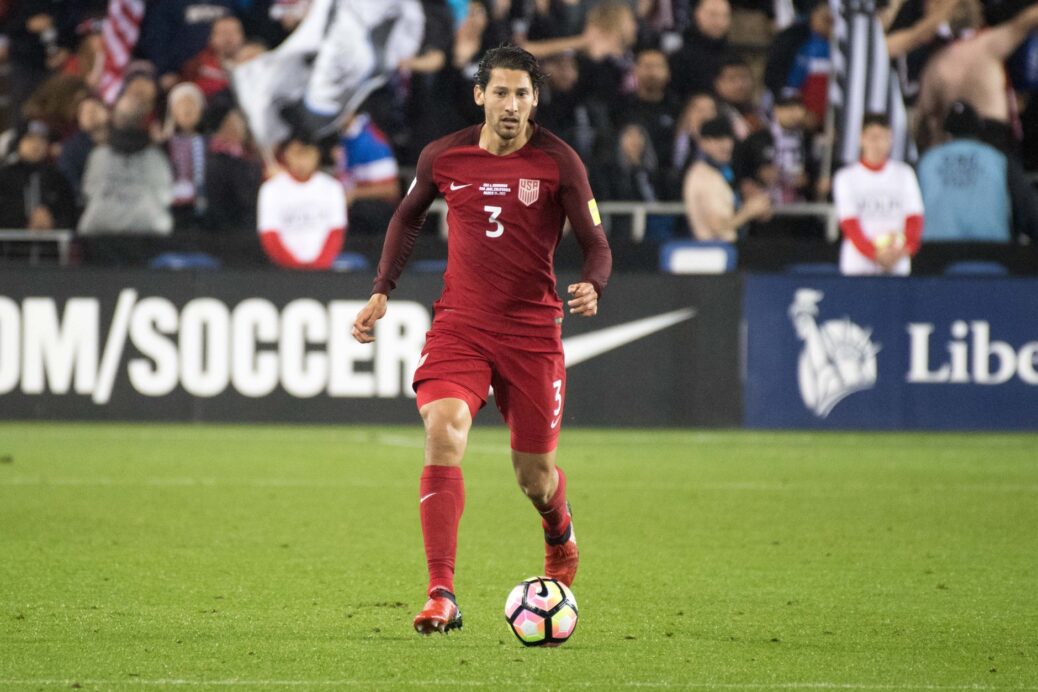 John Brooks certainly made a leap at the Copa America. He was previously viewed as an up-and-comer, one that was still forging his game with both the U.S. Men’s National Team and Hertha Berlin. The tournament was a coming out party but, in the months that followed, Brooks’ time on the field has been anything but consistent.

Now, the centerback is dealing with yet another injury and, so far, his club has been less than forthcoming with exact details of his latest ailment. Unfortunately for the U.S., the injury comes with vital World Cup qualifiers right around the corner. But, fortunately for the U.S., several centerbacks have stepped up in recent weeks, providing several viable alternatives should Brooks be sidelined once again.

Throughout the opening months of the Bruce Arena tenure, injuries have been a major theme with Brooks serving as one of the headliners. Brooks featured in the first World Cup qualifier of the Arena era, a 6-0 thrashing of Honduras, before departing due sinus issue. That day he was partnered with Omar Gonzalez, who has only helped his case as a potential USMNT starter in recent weeks.

Gonzalez’s connection with Arena is well known. The former LA Galaxy centerback developed under the USMNT coach before making a move to Pachuca. The move, in many ways, has been wildly successful. Gonzalez has since been a stalwart at the heart of the club’s defense while leading the team to several trophies. After claiming the 2016 Clausura crown, Gonzalez and Pachuca recently topped Tigres to claim another trophy in the CONCACAF Champions League finale.

The defender’s history against Mexico certainly helps his case, but what about the spot next to him? Against Panama in Match, it was Tim Ream who earned the nod and, in the midst of a promotion push with Fulham, the former New York Red Bull defender certainly remains a viable candidate. Matt Besler’s chemistry with Gonzalez is well-known. There’s also Geoff Cameron, who played at right back in March but could absolutely return to centerback with DeAndre Yedlin healthy and in form.

Cameron remains the likely starter, all things considered, but Arena no doubt has options, especially on the younger side. Walker Zimmerman continues to shine with FC Dallas and, after earning a call-up in March, he certainly now looks to be a part of the USMNT that continues to push the qualifiers.

Still, his big chance will likely come this summer at the Gold Cup, which is also the case for several other young defenders. Fresh off a Dutch Cup win, Matt Miazga is someone that is likely to eventually come back into the picture at some point. Steve Birnbaum is also still a player very much in the fold due to his size and physicality, even though he wasn’t in the picture for March qualifiers.

As for the youngest of young faces, turn one eye towards the upcoming U-20 World Cup. Cameron Carter-Vickers is a likely call-up as he returns to the squad even after earning a small taste of the senior team last fall. Erik Palmer-Brown is a player still destined for big things in defense even if he’s played a midfield role for the U-20s. Justen Glad and Tommy Redding have proven a promising duo, although the former has battled injury to start the season.

Plenty can happen between early May and June 3, when the U.S. returns to action for a match against Venezuela. There’s plenty of time for Brooks to heal up or some new face to make their case. But, in the meantime, Arena has several defensive options to consider as two major matches loom.