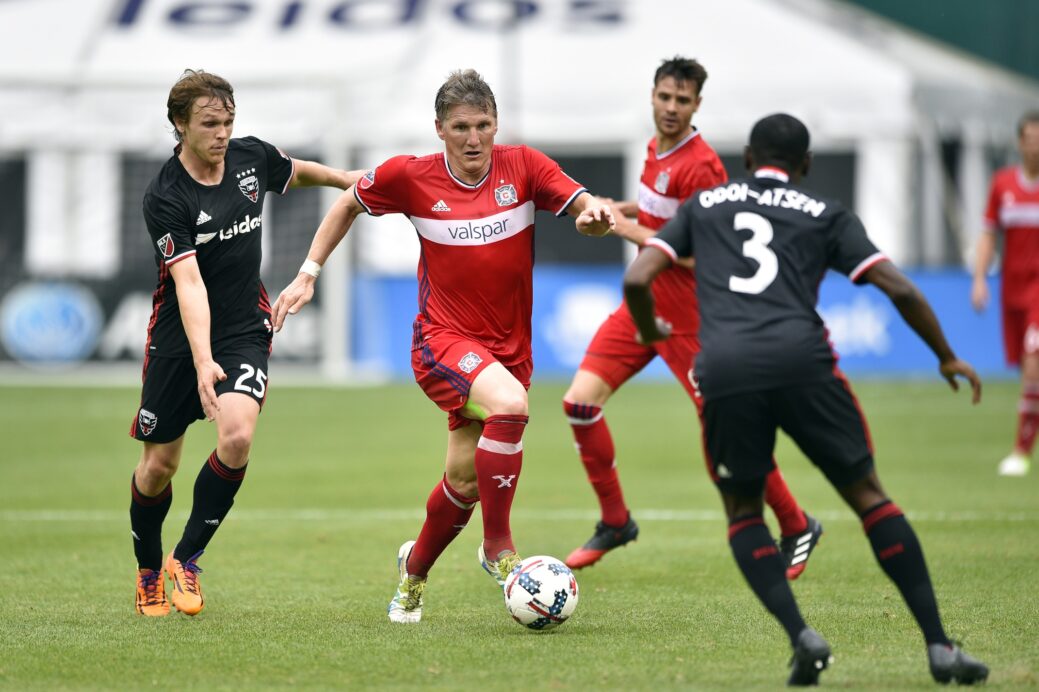 The Chicago Fire continued their recent strong run of form by defeating D.C. United, 1-0, at RFK Stadium on Saturday.

A 52nd-minute winner from David Accam proved to be enough for Veljko Paunovic’s side to earn their first three points away from Toyota Park this season, and the visitors sure looked like the more dominant side in the opening 45 minutes, having three efforts on goal.

Joao Meira saw his long-range strike saved by Bill Hamid, while Nemanja Nikolic saw multiple efforts saved by the D.C. goalkeeper. D.C. failed to record a shot on goal in the opening half, while dealing with a hectic Fire attack.

Accam’s right-footed finish after 52 minutes broke the deadlock, giving the visiting Fire a 1-0 lead. The Ghanaian international got on the end of Luis Solignac’s cross, finishing his effort to the bottom right corner.

Hamid was the busier of the two keepers, making seven saves compared to Lampson’s two. The Fire (6-3-3) extended their unbeaten run to four matches, now sitting on 21 points this season. They now return home for a home date on May 25th with FC Dallas.

D.C. United (3-2-6) slumped to their third consecutive defeat, remaining last in the Eastern Conference on 11 points. They begin a two-game road trip on May 27, facing off with the Vancouver Whitecaps.

David Accam deserves man of the match honors for scoring the lone goal in Saturday’s match. His sixth goal of the season makes him second on the team, sitting only behind Nikolic’s 10 goals so far. His pace caused issues for the D.C. United backline, despite only having two efforts towards goal in the match.

A late attack from D.C. United easily could have changed the outcome in this match. Efforts from Ortiz and Birnbaum were saved by Matt Lampson, who prior to that really was not troubled by the home side. The lack of scoring goals continues for D.C. United, who really need to get some results going in order to inch out of the cellar.

With Hamid being the best player on the pitch for D.C., midfielder Lamar Neagle stook out as the worst. The 30-year-old has failed to score yet this season, which is a surprise after scoring 10 goals a season ago. Neagle recorded 12 completed passes, which was the second fewest out of any D.C. United starter