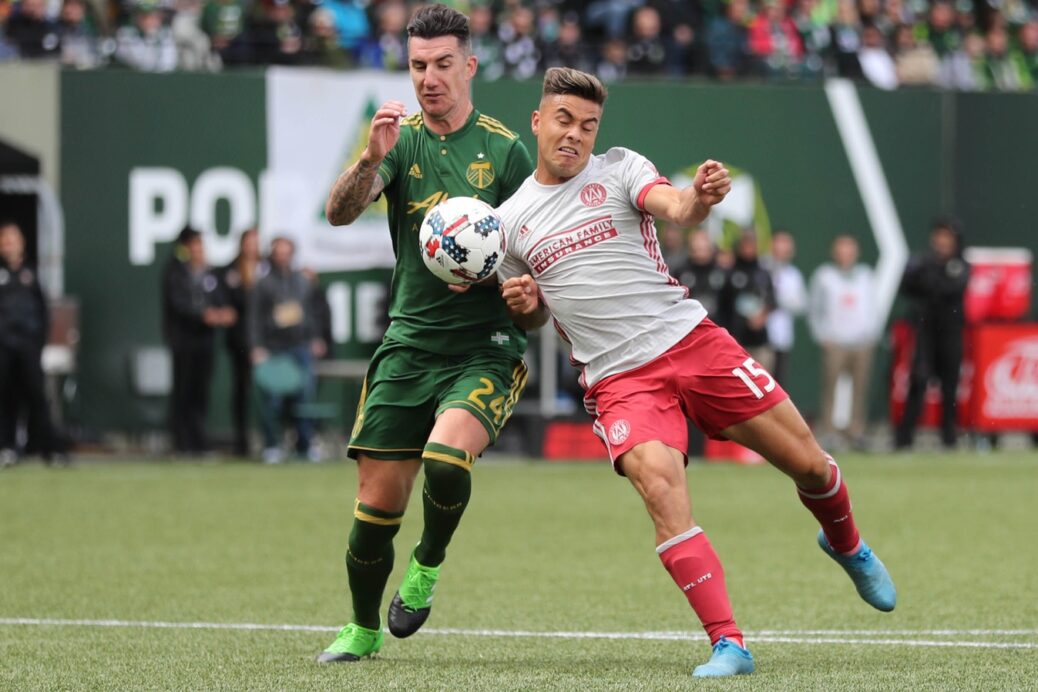 Heading into Providence Park is always a tough task, but Atlanta United proved up to it by snagging a difficult away point.

Julian Gressel and Liam Ridgewell provided goals on Sunday afternoon as Atlanta United earned a 1-1 draw with the Portland Timbers at Providence Park. The draw comes just one week after the expansion club was thoroughly outplayed on the road by New York City FC.

Just 30 seconds into the second half, Gressel fired his first professional goal to give Atlanta a surprise lead. Fed by Jeff Larentowicz, the rookie skimmed a bouncing shot past a diving Jake Gleason, giving his side a 1-0 advantage.

That advantage lasted just a few minute as Ridgewell restored the deadlock. On the end of a David Guzman free kick, Ridgewell found himself with the ball after inexplicably let the cross in bounce inside the box. All that was left was a simple header, tying the score at one apiece.

Both sides had chances to create separation, but neither could find a precious goal. The team’s South American playmakers, Diego Valeri and Miguel Almiron, both created but were largely held in check while Timbers forward Fanendo Adi had a pair of chances in the second half.

The best look, though, went to David Guzman, who was entirely unfortunate to see his missile of a shot rifle off the post in stoppage time.

With the point in hand, Atlanta United now returns home for a two-game home set starting with next week’s clash with the Houston Dynamo. The Timbers, meanwhile, hit to road for a match against the Montreal Impact.

David Guzman was everywhere on Sunday afternoon, helping control the midfield while also providing an assist on the Timbers’ lone goal.

Down a goal and in need of a positive response, the Timbers found one through Liam Ridgewell, whose header earned them a point.

Fanendo Adi had a rough day on the attacking end, and was also a part of several controversial moments with the biggest being a blatant intentional handball.