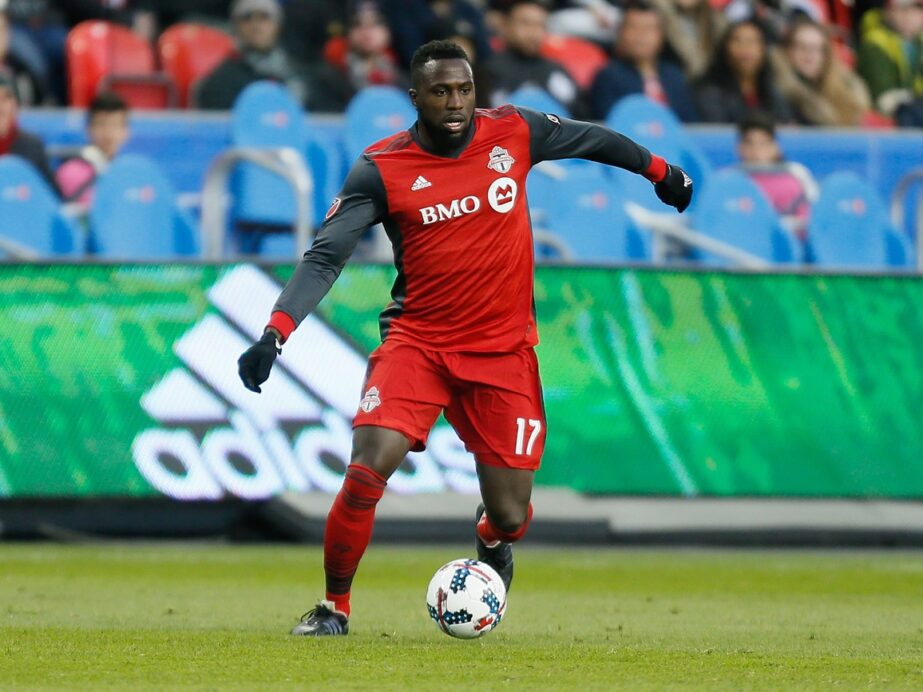 Week 9 of the MLS regular season produced some strong team performances and a solid handful of legitimate goal of the week candidates.

While it seemed like every single match had a stunning goal in consideration, one effort by Andrew Jacobson simply stood out above a strong crowd. Meanwhile, despite several comprehensive team performances, D.C. United impressed while away from home. A few players recorded braces this week, but Jozy Altidore did it with flair in Toronto FC’s 2-0 victory over the Houston Dynamo.

Here’s who our editors chose for Week 9 honors:

Jozy Altidore wasn’t the only player to fire home a pair of goals this weekend, but he did fire home one of the prettiest efforts of the weekend. After giving Toronto FC the lead in the 16th minute with his first strike, Altidore linked up on a beautiful one-two connection with Giovinco before finishing off his second goal of the match for insurance.

Several teams won by comprehensive margins this weekend. While Sporting Kansas City and Orlando City impressed, D.C. United stood out for their strong 3-1 victory on the road over Atlanta United. Brilliant performances from Bill Hamid in goal and Luciano Acosta going forward sealed the comeback victory for DCU after the team fell behind in the ninth minute.

Even if the LA Galaxy are struggling of late, it’s no easy task to hold them scoreless at the StubHub Center, especially for a struggling team like the Philadelphia Union. Aiding in the Union’s defensive efforts was defender Jack Elliott, who went the full 90 minutes and kept Gio dos Santos and company off the scoreboard.

This was the most difficult week yet in determining the Goal of the Week. With five or six legitimate candidates to consider, it was Andrew Jacobson‘s game-tying volley from outside the box that reigns supreme. After the Montreal Impact headed a cross from the left wing clear, Jacobson stepped up from his midfield position and unleashed a volley at the near post that found its way past Evan Bush. The goal sparked a Whitecaps comeback that saw them earn a 2-1 victory on the road.