Dynamo continue to roll with home win over Whitecaps 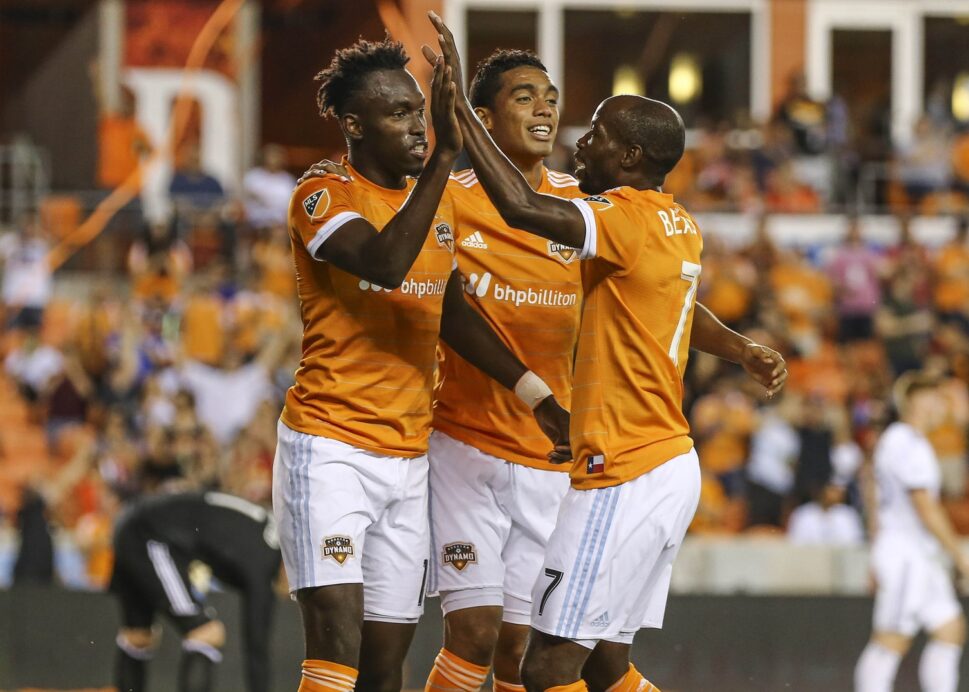 It got a bit dicey at the end, but the Houston Dynamo did just enough to keep their hot home start rolling.

Goals from Alberth Elis and Erick ‘Cubo’ Torres paved the way for the Dyanmo in a 2-1 win over the Vancouver Whitecaps at BBVAA Compass Stadium. The win brings the Dynamo’s home record to 6-0-1 while earning the club a third victory in four matches. The loss, meanwhile, snaps the Whitecaps’ two-game winning streak.

Elis opened the scoring in the 15th minute, combining with his countryman Romell Quioto. The latter whipped a ball into the back post, where Elis rose up to head home for us fifth goal of the season.

Roughly 20 minutes later, Elis had to be taken out of the match due to a leg injury, opening the door for Torres to come on in his place. In the second half, the Mexican star provided a goal of his own, firing home from the penalty spot following a foul by Kendall Waston.

With time winding down, the Whitecaps got back into the match on a finish from Brek Shea, but it wouldn’t be enough to get them to a result as they fell for the first time in in three matches.

Alex has become the hub of the Dynamo midfield through the first few months of the season, and he had another solid game on Friday night.

The penalty call on Kendall Waston led to the eventual game-winning goal, giving Erick ‘Cubo’ Torres the chance to snag the lead from the spot.

Referee Fotis Bazakos didn’t have his best match, as he made a few questionable foul calls throughout the night with none being bigger than the one on Waston’s penalty.