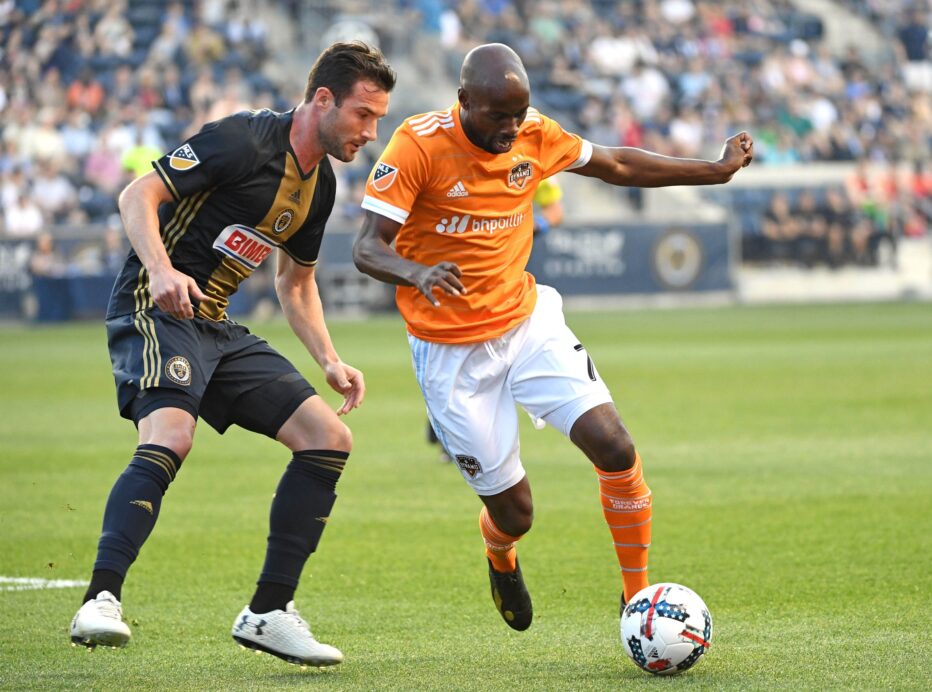 Now 11 matches into the MLS season, the Houston Dynamo look like a top contender in the Western Conference, that is if we’re just considering their home form.

The second-placed Dynamo have recorded all 19 of their points so far at BBVA Compass Stadium, but remained winless on the road following a 2-0 defeat against the Philadelphia Union on Wednesday evening.

“We have to do better, we have to come out with a better mentality especially in the first half,” said Dynamo coach Wilmer Cabrera. “For a team that does so well at home, we need to demand more of ourselves.”

The Dynamo faced a 2-0 halftime deficit going into the locker rooms, following goals by the Union’s Fafa Picault and Ilsinho. In the first 45 minutes, the Dynamo didn’t look up to par. They weren’t on the same-page on overlap passes, failing to really pressure Union keeper Andre Blake, but also not showing much of a drive offensively. Despite starting off much better in the second-half, the Dynamo failed to beat Blake who made four saves in the shutout win.

“Overall, we have to be more composed and our finishing has to be better,” said Cabrera. “We created chances, but we were unable to find the back of the net which seems to be an issue away from home.”

Inconsistent scoring has proved to be a problem for the Dynamo in the early part of this season. The Dynamo have scored only two goals in their first four road matches this season, with those two coming in a 4-2 defeat in Portland back on March 18.

The road doesn’t get any easier for the Dynamo, as four of their next five matches are away from BBVA Compass Stadium. They next travel to Atlanta United on Saturday, before facing the likes of FC Dallas, the LA Galaxy, and the Seattle Sounders in the next few matches.

“Our takeaway is that the away games are not easy, and we have to be more concentrated on the pitch if we want to win,” said Dynamo forward Romell Quioto, who is third on the team with four goals this season through nine matches.

The lone bright spot for the Dynamo on Wednesday was the MLS debut of midfielder Joseph Holland. The 24-year-old London native came on as a 78th-minute sub in the 2-0 loss, but was happy to get on the pitch and try to make a good impression.

“It’s always nice to play, I feel like I’ve got the monkey off my back, and now I’ll try to get some more playing time,” said Holland, the Dynamo’s first-round selection in the 2017 MLS Draft who finished his career at Hofstra University with 19 goals and 28 assists in 79 games.

“He was good, he was positive, and now we can think about him (Joseph) more often,” said Cabrera.

This may just be a small bump in the road for the Dynamo, but in the long-run this is something they will have to improve on. The team has the ability to pound in goals at any moment, with the likes of Erick Torres (eight goals), Alberth Elis (five goals), Mauro Manotas (three goals), and Quioto (four goals) all at their disposal. Wednesday evening may not have been their night, but the thoughts of that defeat can quickly be erased with a win in Atlanta on Saturday.

“We don’t have many days until Atlanta,” Quioto said, “so we have to keep improving, try to fix the mistakes, and look to not commit any so we can earn a positive result.”