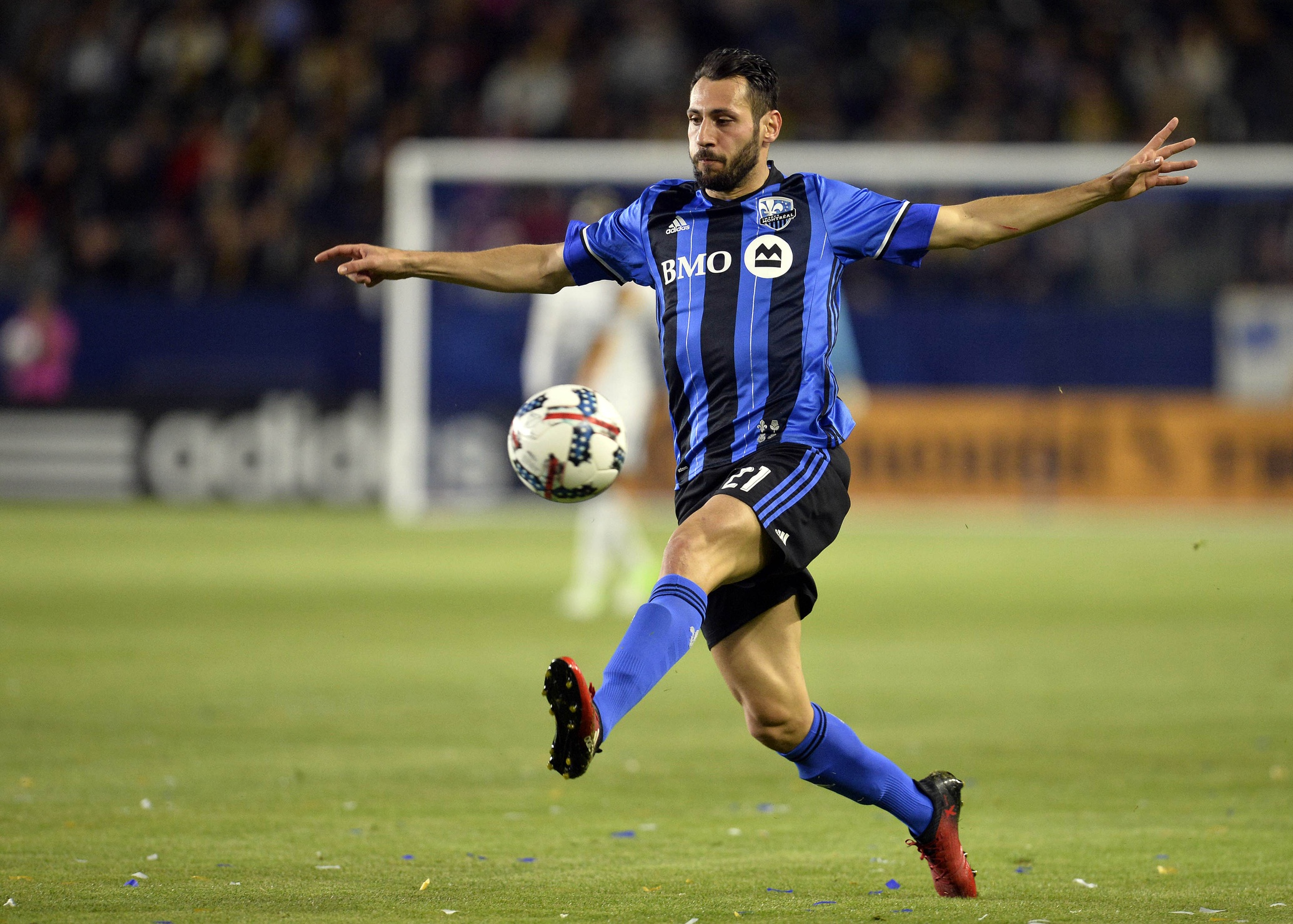 Montreal Impact will be thin at forward for the next two months after losing striker Matteo Mancosu to what has been diagnosed as a muscle tear in his thigh. He will be sidelined for between 6-8 weeks.

Mancosu,  in his second season with Montreal, was substituted off the field in Saturday’s loss to Vancouver after suffering an apparent thigh injury just five minutes into the match. The Impact confirmed the extent of the injury on Tuesday.

The injury limits an already thin stable of forwards, with Anthony Jackson-Hamel, Michael Salazar and rookie Nick DePuy among the options up top when the Impact visit D.C. United this weekend. Dominic Oduro could also be called on to play at forward.

Atlanta United midfielder Yamil Asad was handed a one-game ban and an undisclosed fine by the MLS Disciplinary Committee on Tuesday for what was deemed violent conduct in the 83rd minute of Atlanta’s 3-1 loss to D.C. United.

Asad threw an elbow at the face of Lloyd Sam as he stepped in to challenge for a ball, making contact and sending Sam falling to the ground. The incident marks the second time Asad has been punished for throwing an elbow. Earlier in the season, Asad was issued a red card for elbowing Toronto FC defender Eriq Zavaleta.

The 22-year-old Argentine has been able to make an overwhelming impact for the MLS expansion club, recording three goals and delivering two assists in seven games played.

The 22-year-old first joined TFC 2 in 2015 on loan and has remained on board since, having recorded four appearances for TFC 2 in the USL this season.

“For me, he’s the next follow up to what Jozy [Altidore] does, (Vanney said in a club-released statement. “Which gives us a target guy, a guy we can play off of, a guy we can combined off of, a guy who isn’t necessarily looking to run into different channels, but you have a pretty good sense if where he is at, so you can find him; he can hold up the ball and use his size.”

“It’s a great feeling. It’s what I’ve been working towards since coming [to Toronto in 2015],” Spencer said in a club-issued statement. “I always had belief in myself. I always knew I’d get over it; it was just a matter of some hard work and some long days.”

Prior to 2015, Spencer, had featured for Norwegian side Molde FK before being loaned out to NASL side Indy Eleven in 2014. The New Mexico native also featured for the U.S. Under-20 national team, which appeared in the 2015 FIFA U-20 World Cup in New Zealand.

Schuler suspended for foul on Fernandes

Real Salt Lake defender Chris Schuler has been suspended for one match for his foul on Sporting Kansas City’s Gerso Fernandes, a play the MLS disciplinary committee deemed to be serious foul play.

Schuler, who wasn’t even issued a yellow card on the play in question, will miss RSL’s upcoming match against FC Dallas on Saturday.

With the San Jose Earthquakes’ inability to find the back of the net at an effective rate, a push to bolster their creativity in the midfield tops the black and blue’s priority list.

According to ESPN, the Earthquakes are keeping a close eye on Russian side’s FC Krasnodar’s Mauricio Pereyra. Should the move go through, the 27-year-old would arrive during the summer transfer window in July.

Pereyra has spent the last five seasons in the Russian Premier League, and previously played for Argentine side Lanus in 2011, where he was teammates with Portland Timbers midfield star Diego Valeri. The Uruguayan began his career with Nacional back in 2009.

The Earthquakes are currently averaging one goal per game, tied for 18th out of the 22-team league. Last season, the Earthquakes recorded a league-low 32 goals throughout the 34-game season.