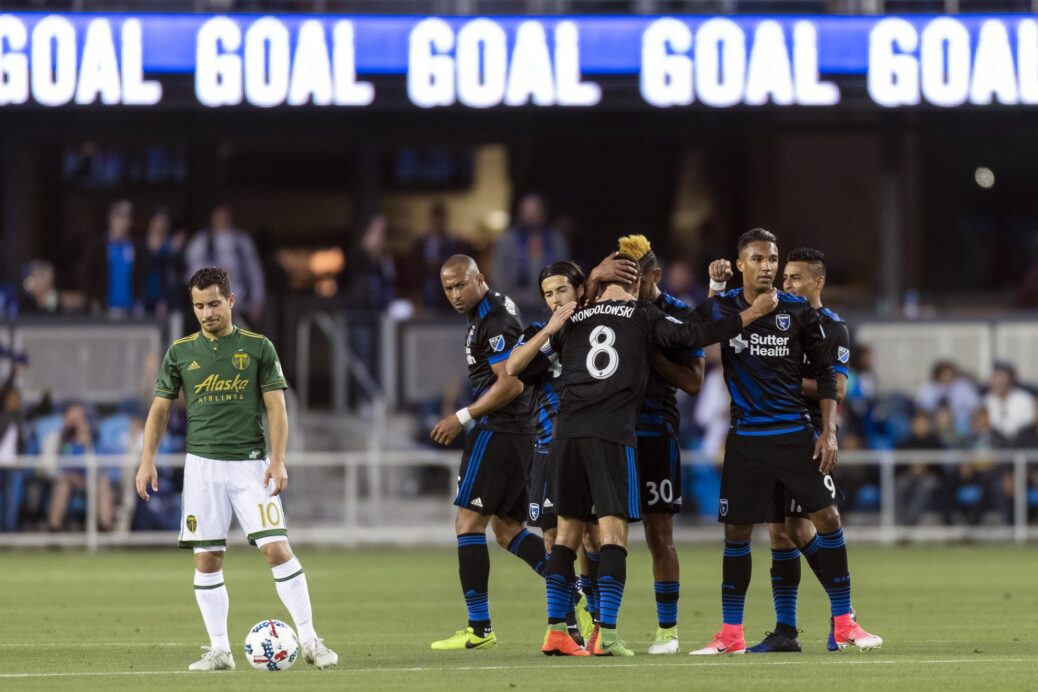 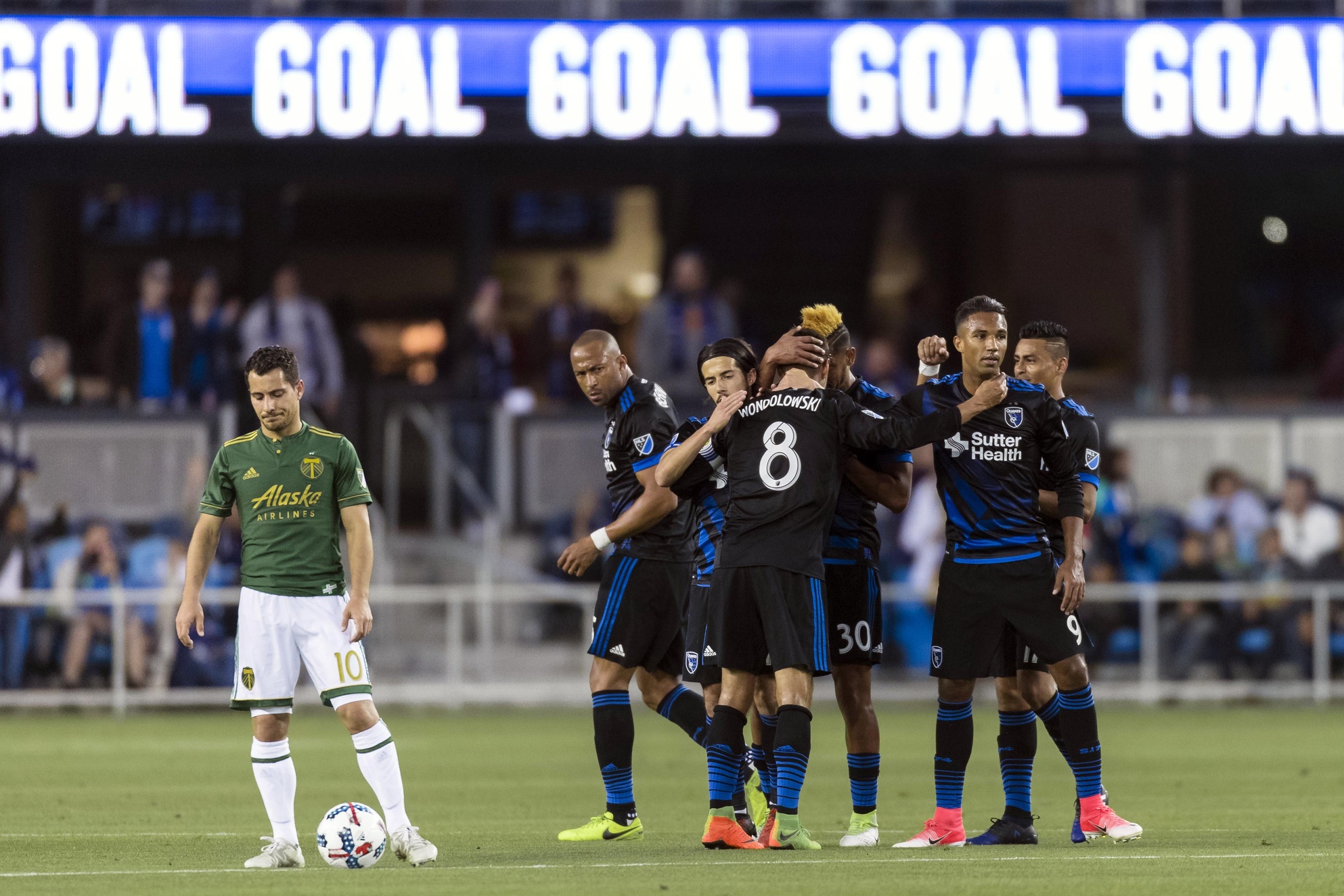 Week 10 was one of those odd weeks in Major League Soccer where almost every victorious team recorded a clean sheet. New York City FC was the only winner to concede a goal over the weekend, while Toronto FC gave up one tally on Wednesday night. Other than that, all the losers were shutout, although there was one draw on Saturday night between the LA Galaxy and Chicago Fire.

Most of the shutout performances by defenses across the league were partnered by standout attacking showings, which gave us a glimpse into how well certain teams can play when fulfilling their whole potential.

A few teams specifically stuck out over Week 10, which also included a pair of midweek contests, and we took a deeper look at them below in the SBI Breakdown:

The schedule makers did Toronto FC no favors this week by having the Reds host Orlando City on Wednesday night and then head west to Seattle for a Saturday afternoon MLS Cup rematch. Unfortunately for those of us looking for a star-studded rematch on Saturday, Greg Vanney rested Sebastian Giovinco and a few others.

That gave Vanney a chance to test the depth of his squad, and he walked away from CenturyLink Field impressed. Giovinco, Victor Vazquez, Steven Beitashour and Eriq Zavaleta did not play on Saturday after midweek win over Orlando City. While the Reds did still have Jozy Altidore and Michael Bradley in the starting lineup, cohesion on the field could have been an issue with some new faces in the starting 11.

Vanney set the team up in a five-man back line and had veterans Benoit Cheyrou and Jason Hernandez slide into the team, and although they aren’t close to being starters anymore, the pair, along with the other new faces, put in an impressive effort in Seattle.

Toronto is now one of six teams in MLS with two road wins and it sits atop the Eastern Conference with 19 points. We already knew the Reds were going to be tough to beat at full strength, but even when one or two key pieces are missing, they’ll be favored to come out with three points.

Minnesota Continues to Right the Ship

The one thing we all knew about Minnesota United coming into their first season in MLS is that eventually they would score goals with the firepower they possess on their roster. It took a while for Christian Ramirez, Miguel Ibarra and Abu Danladi to find a rhythm, but the trio showed what they are capable of on Sunday in the Loons’ 2-0 win over Sporting Kansas City.

Ramirez has been the most successful player in the final third for Minnesota, with six goals in 2017. Ibarra dished out his first two assists of the young campaign and Danladi got in on the fun with a goal and an assist on Sunday as well.

As the three continue to find more chemistry, and Adrian Heath finds the right lineup combinations to suit their talents, the Loons will continue to improve even more. The trade for Sam Cronin provided stability in midfield, something the Rapids have lost without the central midfielder, and he’s also provided cover for the back line, which is starting to come together as well.

In addition to three stars from Sunday, Kevin Molino has been playing well under Heath as well. The Loons have the attack to keep them around the red line, they currently sit in seventh place, and right now they have the confidence of a team hungry for the postseason too.

Chris Wondolowski stole the show at Avaya Stadium on Saturday night with a pair of goals in the 3-0 win over the Portland Timbers, but if you look deeper at the match, it was the new additions that set the Earthquakes apart from their guests.

Jahmir Hyka scored the opening goal and fired two of his four shots on target, Danny Hoesen had the same shot total as Hyka and Marco Urena was active in and around the box. However, the most important signing Dominic Kinnear made this offseason was Florian Jungwirth.

Jungwirth not only has provided the Quakes with stalwart defending, but he’s been a contributor in the attack in recent weeks as well. The center back scored last week in Minnesota and he provided Wondolowski with a pair of assists in the 31st and 55th minutes. In the buildup to both goals, Jungwirth charged over the midfield line and delivered terrific through balls to Wondolowski.

The Quakes also boast one of the best defensive records in MLS, as it has conceded on 10 occasions in 10 games. Only FC Dallas and Sporting Kansas City have a better mark in the Western Conference.

The Philadelphia Union became the final MLS team to record a victory on Saturday night, as they thumped the New York Red Bulls, 3-0, behind C.J. Sapong’s second-half hat-trick.

Sapong has been one of the top players for the Union in the first half of the season the last few years, but he hasn’t been able to translate his scoring record into the months that matter the most. The former Sporting Kansas City man isn’t doing anything drastically different in terms of his style of play in 2017, he’s just struck a vein of form and is running with it. But if the form dries up, the Union will be in trouble since no one has emerged behind Sapong as the secondary scorer like Chris Pontius did a year ago.

What may be even more impressive than Sapong’s form is the play of the makeshift defense over the last two weeks. Fourth-round pick Jack Elliott has teamed with Richie Marquez and Oguchi Onyewu in successive weeks to earn clean sheets. Alejandro Bedoya has also done his part at his natural No. 8 position by shutting down Giovani dos Santos and Sacha Kljestan.

The formula is there for the Union to win more games, and with their confidence growing, they should work their way out of the Eastern Conference basement.