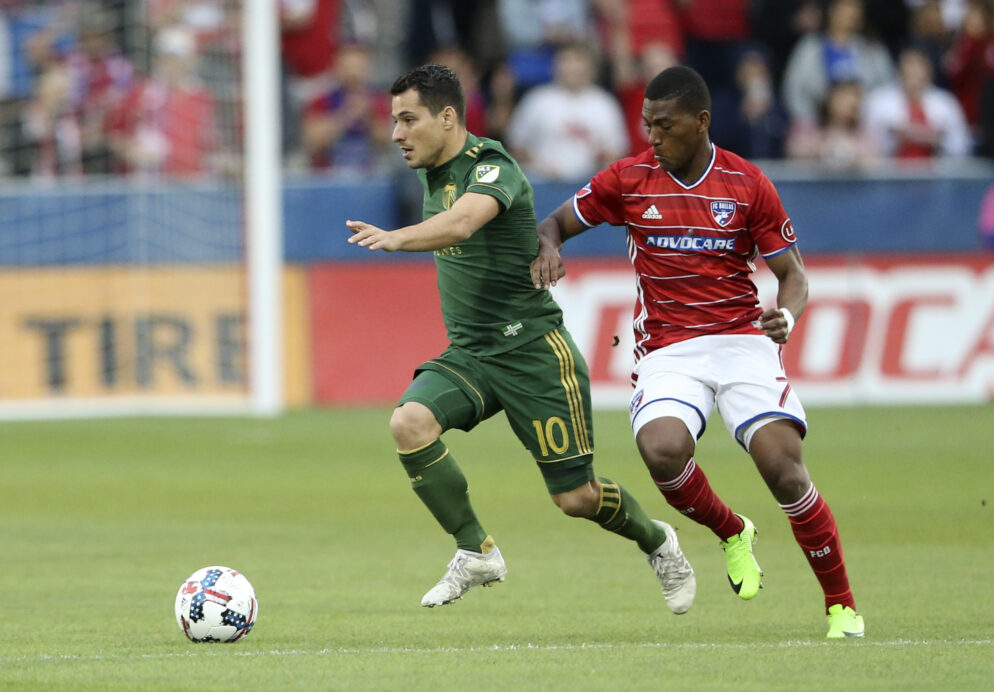 Week nine of the MLS regular season is in the books, and the marquee clash of Saturday’s slate ended without resolution as FC Dallas and the Portland Timbers left Toyota Stadium even at the end of 90 minutes. Dax McCarty also returned to Red Bull Arena and D.C. United ended the weekend with a surprising road victory in Atlanta.

Jozy Altidore shined as the U.S. Men’s National Team forward recorded a brace to lead Toronto FC to a 2-0 victory over the Houston Dynamo. (READ)

The Vancouver Whitecaps snapped their three-match road losing streak with a 2-1 victory over the Montreal Impact. (READ)

Orlando City received a boost in Kaka’s return from injury, as the star midfielder scored the winning goal in the team’s 2-0 win over the Colorado Rapids. (READ)

New York City FC battled back from a deficit as Jack Harrison’s brace led them to a 3-2 victory over the Columbus Crew. (READ)

The New York Red Bulls took down the Chicago Fire, 2-1, in Dax McCarty’s return to face his former club. (READ)

FC Dallas and the Portland Timbers battled in an exciting 2-2 draw that keeps the drama alive at the top of the Western Conference. (READ)

The San Jose Earthquakes got past Minnesota United 1-0 thanks to Florian Jungwirth’s scrappy goal. (READ)

The Seattle Sounders battled back from a 3-0 first-half deficit to earn a thrilling 3-3 draw against the New England Revolution. (READ)

The struggling LA Galaxy and Philadelphia Union couldn’t find the net as each settled for a point in a scoreless draw. (READ)

D.C. United battled back from a small deficit early to defeat Atlanta United on the road, 3-1. (READ)

Toronto FC is continuing to emphasize a faster possession-based game in their midfield, to good recent results. (READ)

Dax McCarty endured a bittersweet return to Red Bull Arena after his offseason trade to the Chicago Fire. (READ)

The Seattle Sounders rallied well from a big deficit, but remain frustrated by falling behind in the first place. (READ)