NASL Week 9: A Look Ahead 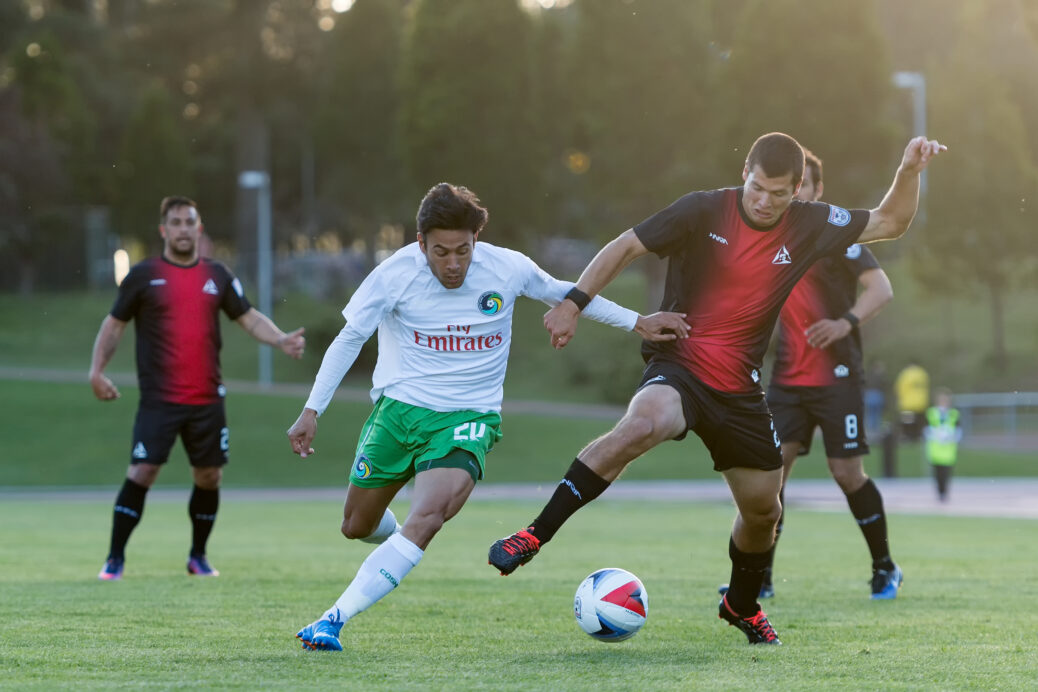 It’s been a busy week in the NASL as a club parted ways with their coach, a new club announced their president and yet another club traveled over 6,000 miles to play in a friendly in Saudi Arabia.

Puerto Rico FC announced last Friday that it parted ways with coach Adrian Whitbread as well as their Technical Director Neil Sillett. Hired in 2015, both Whitbread and Sillett were part of the side’s inaugural season. Currently, Marco Velez is acting as interim coach until a replacement is found.

On Monday, the New York Cosmos played a friendly against the reigning champions of the Saudi Professional League, Al-Hilal FC. The match ended in a 0-0 draw, but was reported to have been full of excitement. The visit was reportedly the 48th country that the Cosmos have visited in the club’s history, supporting its status as a global soccer organization.

In other news, forthcoming NASL expansion side Orange County announced on Tuesday that Michael Collins will join the club as President and General Manger.

“I have tremendous respect for club owners Bronwyn and Pete Capriotti and their commitment to local soccer,” Collins said. “We are going to build a club that is fan-first, player-centric and community-oriented. I’m really looking forward to developing connections with the local communities. I’m thrilled about the opportunity to lead this club in an incredible era of soccer in this country.”

As for the league, Miami FC sits in first, Puerto Rico FC sits in last, but a lot can change as the league is only eight games in. Here is a closer look at what will take place this weekend:

After a surprising loss to Reading United AC, a Premier Development League (PDL) side from Reading, Pennsylvania, in the U.S. Open Cup, the New York Cosmos will look to bounce back against NASL newcomer San Francisco on Saturday.

The Cosmos won their most recent NASL match, a 4-3 thriller against Puerto Rico FC. Emmanuel Ledesma tallied his first two assists of the season in the win, good for a second-place tie on the assist leaderboard.

The San Francisco Deltas are still reeling from a 3-0 thumping from the Jacksonville Armada at home last Friday. Now the Deltas have to make the cross-country trip to play the Cosmos before returning home to face Indy Eleven on June 3rd. Despite having just entered the league, the Deltas sit fifth in the table, with a win potentially jumping them into second place.

Miami FC enters the weekend at the top of the table, while Puerto Rico FC are limping in at last.

Miami is fresh off of a 2-0 away victory over Indy Eleven last weekend. League assist leader Vincenzo Rennella and former MLS fan-favorite Kwadwo Poku both got on the score sheet, displaying Miami’s potent attack.

Puerto Rico FC is coming off of a 2- loss to North Carolina FC in which Puerto Rico conceded a stoppage time goal to drop two points at home. Sitting at the bottom of the table and having conceded the most goals in the league, Puerto Rico FC is looking to turn things around this weekend.

In a battle near the bottom of the table, Indy Eleven will face FC Edmonton, at home, this weekend.

Through eight matches, Indy Eleven have yet to secure their first win, drawing a league-leading six times and losing twice. However the Eleven do have the league’s top scorer in Justin Braun and they’re hoping he can propel them to a victory.

FC Edmonton will look to sure up its defense and focus after conceding a late goal to the Deltas in their last contest. Edmonton has also scored the least amount of goals in the league through seven matches, and will look to turn that around this weekend.

After a 3-1 home win against Jacksonville on May 13th and a 2-1 away win over Puerto Rico FC, North Carolina FC is looking to keep its good run of form by beating the Armada again this Sunday.

Tied for both the most assists and the most goals in the league, Lance Laing tallied yet another assist last weekend against Puerto Rico FC, bringing North Carolina within three points of the top of the table. The road trip to Jacksonville will not be an easy task, as the Armada are undefeated at home, but North Carolina’s recent form may prove that it is up to the task.

Jacksonville is coming off a 3-0 away victory over the Deltas last Friday in which Zack Steinberger was the MVP, recording a brace and an assist on the evening. Steinberger’s performance earned him NASL Player of the Week awards as well. Jacksonville will look continue its winning ways on Sunday, as it sits in third place, only one point behind North Carolina FC.