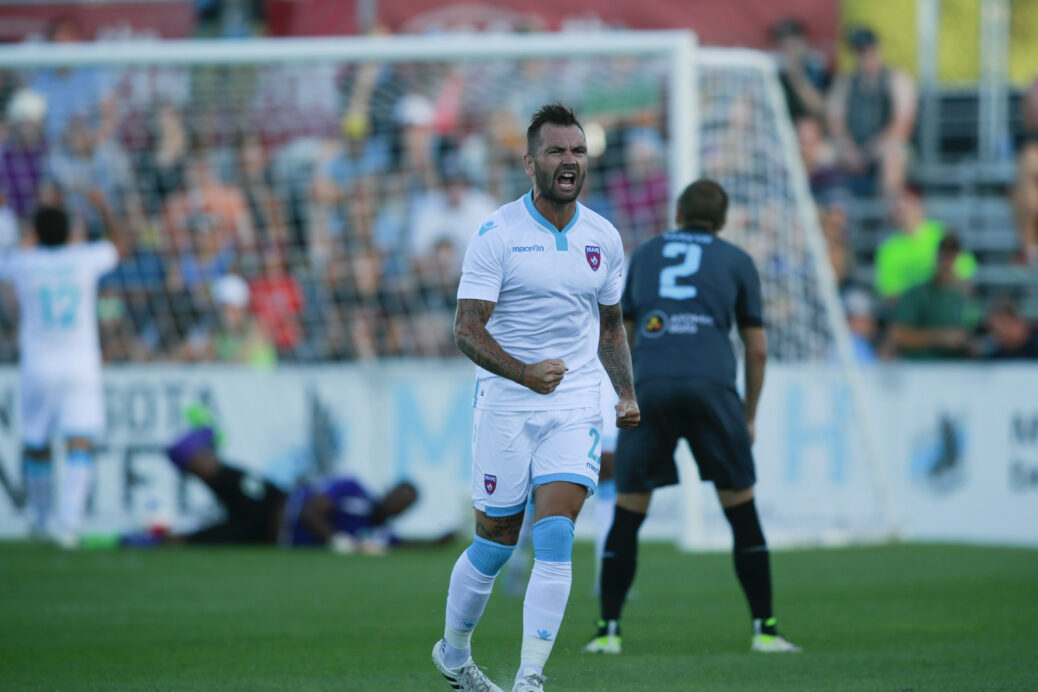 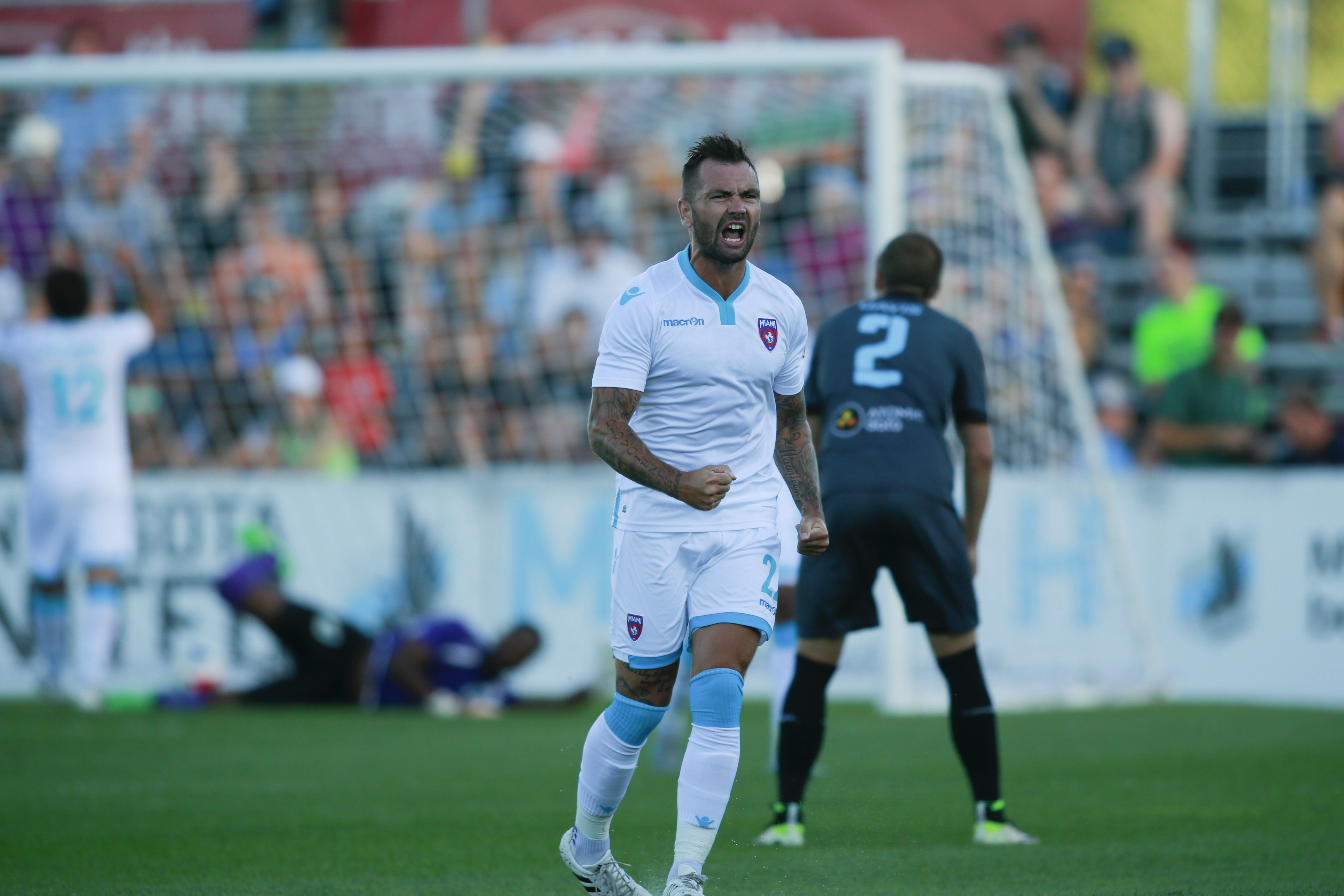 Home field advantage definitely proved to be a factor this past weekend as the top four teams all recorded victories in NASL action.

In Saturday’s action, North Carolina FC rolled to a comfortable 3-1 home win over the visiting Jacksonville Armada, while Miami FC held on for a 3-2 win over the Indy Eleven.

Here is a closer look at the matches:

Despite going down 1-0 early, the North Carolina FC bounced back for a 3-1 home victory. Jack Blake’s 12th-minute penalty opened the scoring for the Armada, before North Carolina scored two before halftime. James Marcelin drew the hosts level in the 27th minute before Lance Laing propelled the hosts ahead after 42 minutes.

Laing doubled his tally, scoring from the penalty spot in the 69th minute. North Carolina FC leapfrogged their opponents into fourth place, now on 11 points this spring season.

After seeing a 1-0 lead slip early into the second half, Miami FC used two quick goals in succession to defeat the Indy Eleven. Vincenzo Rennella put the hosts ahead in first-half stoppage time, but Indy drew level after a Hunter Freeman own-goal. Dylan Mares’ 61st-minute effort put Miami back in front, before Robert Kcira extended the lead four minutes later.

Justin Braun scored a late consolation for Indy, but it turned out to be too little too late. Miami retained their first-place spot in the standings, now with 14 points on the season.

The New York Cosmos erased an early first-half deficit to defeat Puerto Rico FC 4-3 on Sunday. Giuseppe Gentile kicked off the scoring for the visitors in the 15th-minute, before Emery Welshman extended the lead just a minute later. A red-card to Puerto Rico’s Yuma reduced the visitors to 10 men, before goals from Andres Flores and Juan Guerra brought the Cosmos level at halftime.

Ryan Richter gave the Cosmos a 3-2 lead five minutes into the second half, before Walter Restrepo added the Cosmos fourth in the 58th minute. Cristiano Dias’ 64th minute penalty kick made things interesting after the hour mark, but that was the closest the visitors got. Sunday’s win was the Cosmos first home victory of the spring season.

An 89th-minute winner from Cristian Portilla gave the San Francisco Deltas all three points in Edmonton. The midfielder rifled home a left-footed free-kick past Chris Konopka for all three points. Edmonton only recorded one shot on goal, compared to the Deltas five.

The Deltas remain unbeaten on the road this season, while FC Edmonton sit in seventh place on four points.