Nikolic continues to score as Fire cruise past overmatched Rapids 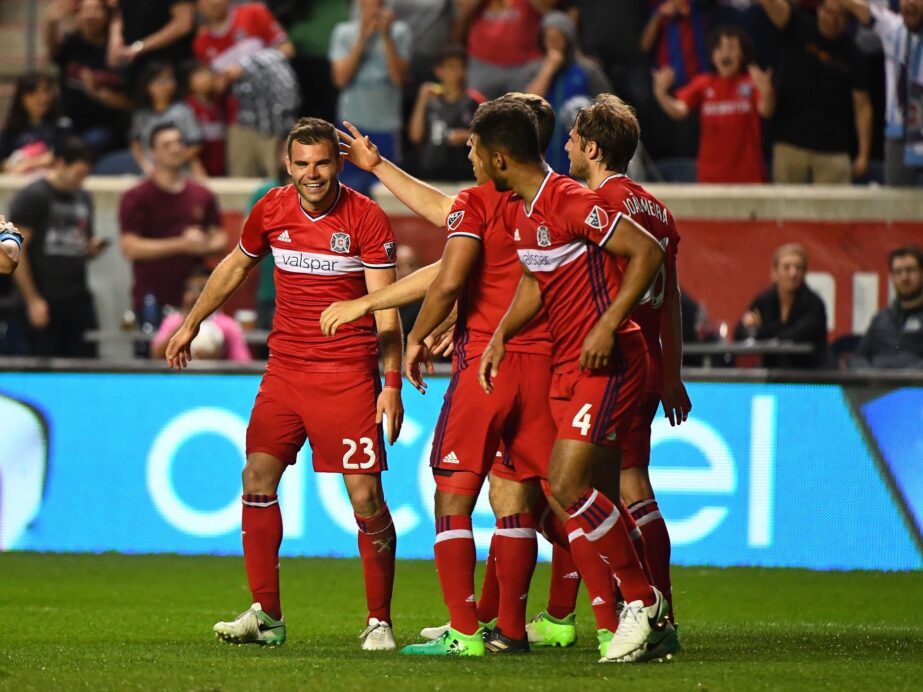 The Chicago Fire picked up a statement win over the weekend, and they followed it with yet another resounding victory.

Facing off with a Colorado Rapids team that was coming off a win of their own, the Fire cruised en route to a 3-0 win at Toyota Park on Wednesday evening. The win is the Fire’s second straight after clobbering the Seattle Sounders, 4-1, last time out. The Rapids, meanwhile, have lost six out of seven.

Nemanja Nikolic opened the scoring just 15 minutes in, heading home a cross from fullback Brandon Vincent. In the 74th minute, Nikolic struck again on an assist from Michael de Leeuw to push the score to 3-0, adding his ninth and 10th goals in his 10th career MLS match.

Sandwiched between Nikolic’s goals was one from David Accam, who also benefited from an assist from de Leeuw, even if it was unintentional. After some strong work from Matt Polster around the box, de Leeuw’s deflection fell to Accam, who roofed a shot and left Tim Howard all but helpless.

The U.S. Men’s National Team goalkeeper did make one save on the day as his side was largely outplayed by the Fire. His counterpart, Fire goalkeeper Matt Lampson, made four stops as the Fire faced just seven shots compared to the 11 they fired at the Rapids net.

Following the win, the Fire return to action on Saturday with a visit to D.C. United while the Rapids face the suddenly-surging Philadelphia Union in their next match.

Nemanja Nikolic continues to live up to, and perhaps exceed, expectations as he fired his ninth and 10th goals of the young season.

While the Rapids had a sliver of hope late, Nikolic fired his second, and his team’s third, in the 74th minute, all but locking up the result.

Normally, it’s easy to single out a player or two, but Wednesday was a mess for the entire Rapids team, top to bottom. It’s a match they were never really in, and one they’ll need to move on from quickly.