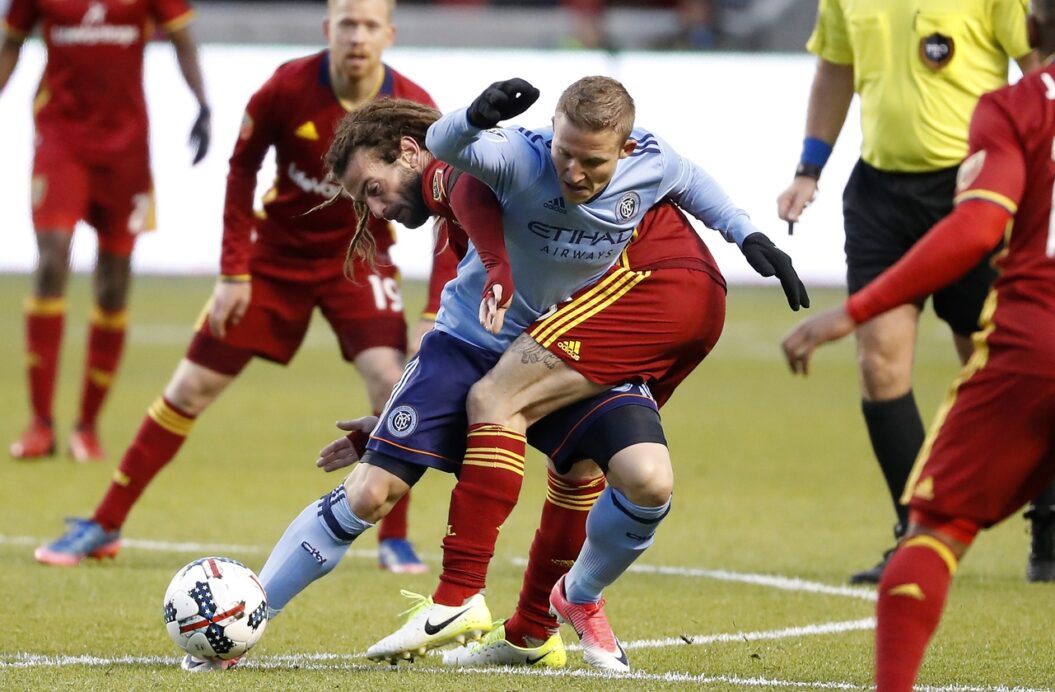 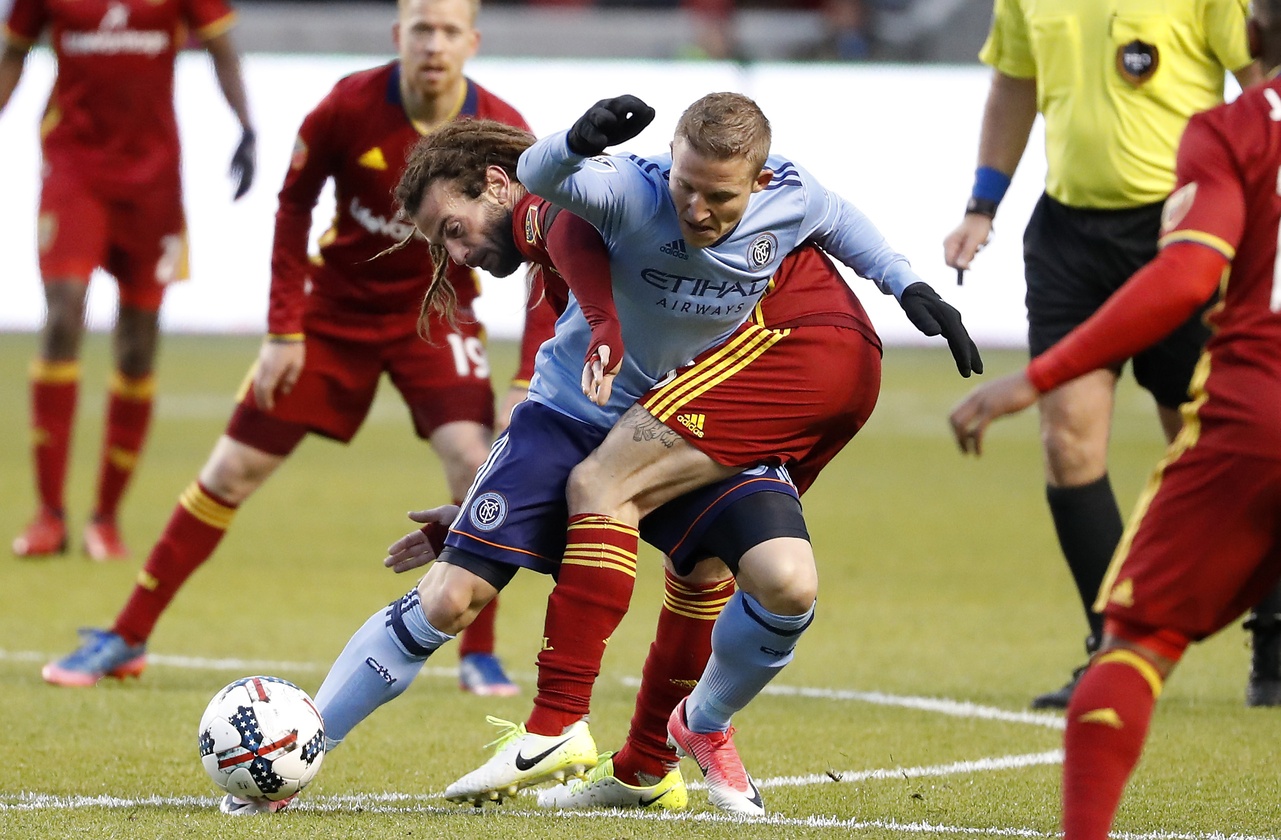 Alex Ring prefers to provide leadership through his industrial work ethic. Considering the team response from a demoralizing loss at Real Salt Lake last Wednesday, it is likely Ring utilized his voice as well.

“I hate losing, it pisses me off,” the New York City FC midfielder said following the 2-1 defeat to RSL. “I don’t talk a lot in the locker room but I think if I say something, the guys listen. They know when it comes to that point something has gone wrong.”

On Sunday, NYCFC countered with an impressive 3-0 win at Orlando City.

While head coach Patrick Vieira engaged in self-vilification for making five changes to the lineup against RSL, Ring chose to admonish his teammates for a deficient work rate.

“I can’t speak for other players or think in their heads,” the defensive midfielder said. “It’s a mental thing – it’s just mental. Are you ready to fire yourself into the game or are you going to just slide into it? I don’t like to talk about myself but that’s always what I go for – I try to give it my all.”

Ring was a key figure in neutralizing nemesis Cyle Larin in NYCFC’s first-ever road win in Orlando. The Finnish international clogged up the central lanes and denied multiple entries into Larin, who had scored nine goals in his seven career matches against the Bronx side. Vieira observed that Ring had maintained his bite in the midfield despite playing the last three matches on a fifth yellow card and subsequent suspension.

“It makes him more smart in his defending,” Vieira said. “How can he keep the engine and not commit a foul that leads to a yellow card. The way he is closing down, he is either going early or he doesn’t go – never in between. He will be a better player for it.”

It was a year to the day since Mikey Lopez was selected to the starting XI – the infamous 7-0 loss to the New York Red Bulls. At Orlando City, he provided cover for Ring with an energetic, 90-minute shift in the midfield. During an extended recovery from ankle surgery it was apparent that Lopez had been an alert student of the game.

“Tactically, his game went to a different level,” Vieira said. “He was really disciplined and kept the game really simple. He had a massive impact on our performance today. Mikey was fantastic. He really surprised me for somebody who didn’t play for awhile. If he keeps playing like that, it will be fantastic for us.”

It was the second appearance for Lopez who made his 2017 debut in a brief stint at FC Dallas – the opener of a current four match road trip which concludes on Sunday at Atlanta United.

Three weeks ago at Yankee Stadium, NYCFC scored twice in the second half for a 3-1 triumph over Atlanta. Jack Harrison pushed a perfectly weighted pass into the path of the overlapping Ethan White whose first-time drive across the face of goal was finished by Rodney Wallace for the game winner. In a nearly identical sequence with the matching three players, NYCFC scored their second at Orlando.

“It’s all about timing,” White said. “Whenever I see Jack one-on-one, I want to make the defender make a decision. Either he has to follow me which creates more room for Jack on the inside or he leaves me open and Jack just slips me for the cross.”

White, who removed himself against Orlando after his assist due to a groin strain, has adjusted his tactics after playing a majority of his professional career in central defense. He has been the regular right back since Week 2 and repetition in practice has been vital to his progress.

“That part of the field is foreign to me sometimes,” White said. “In training, we do 11v0 or 11v5 trying to create 2v1’s. When you are numbers up you need to execute. Today we did.”

“He spends time with coaches individually to talk about the game and what he needs to improve,” Vieira said. “It’s all credit to Ethan. Last year was difficult for him. When a player has got the desire, one day or the other, the light will come on and I’m glad for him.”

Yangel Herrera has captained the U-20 Venezuelan National Team to the Round of 16 at the World Cup in South Korea. The NYCFC midfielder was denied an opening goal from point blank range in the 7-0 rout of Vanuatu – a country comprised of 82 small islands in the South Pacific. The 19-year old Herrera, who started consecutive matches for NYCFC in place of Andrea Pirlo before his departure, is unlikely to be available for selection again until a June 17 home match against Seattle.