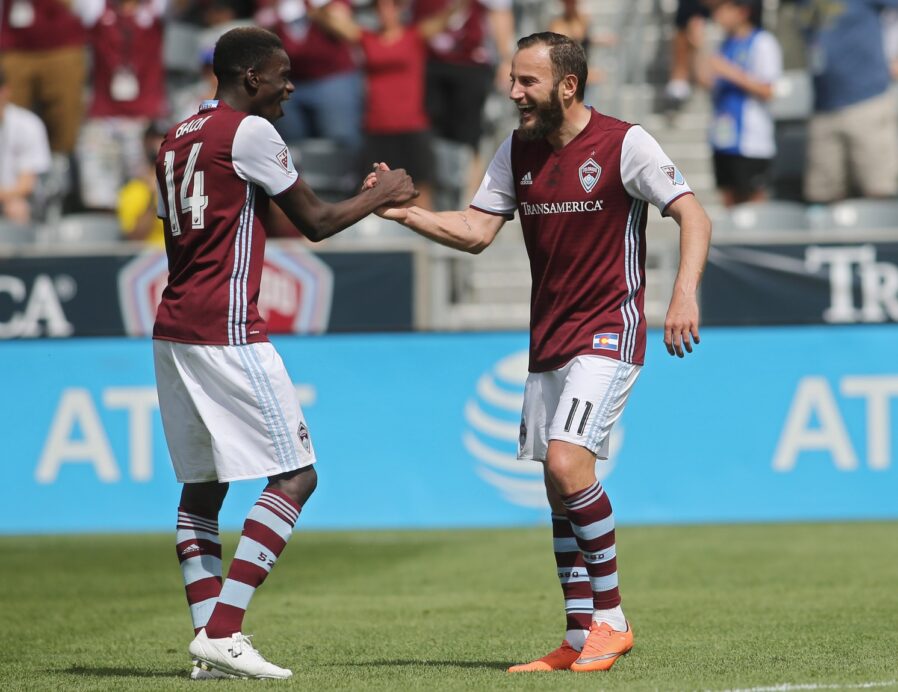 The Colorado Rapids ended their five-match losing streak on Saturdaym and they did so in a big way.

The Rapids picked up a much-needed win on Saturday, defeating the San Jose Earthquakes, 3-0, at Dick’s Sporting Goods Park. The win marks the first for the Rapids since they defeated the New England Revolution in their season opener back on March 4. The three goals on the day also marked the first time they’ve scored multiple goals in a game since their 2-2 draw to Minnesota United on March 18. It’s also only the second multi-goal game for the Rapids, and ends a three-match scoreless drought for the club.

Shkelzen Gashi scored a brace for the Rapids on the day, with the first coming in the 29th minute at the far post off of a cross by Mohammed Saeid to open the scoring. The second came in the second half to push the Rapids lead to 3-0 at the 56th minute as the Rapids took advantage of poor defending by the Earthquakes.

Dominique Badji scored a goal in the 35th minute to give the Rapids a 2-0 lead towards the end of the first half, giving the visitors a deeper hole to climb out of. The Quakes’ Anibal Godoy turned the ball over in the midfield and Badji took the loose ball and outran everyone on his way to goal.

The Rapids had opportunities to push the lead even further. Alan Gordon missed a few shots on goal in the early minutes of both halves and Bobby Burling just missed a shot to start the second half as well.

On the other end, the Quakes looked nothing like the aggressive attacking team they looked like they would become in their win against the Portland Timbers last week. The Earthquakes’ attack was non-existent minus a few missed chances by Danny Hoesen and a cross by Cato into the six-yard box which Chris Wondolowski couldn’t get to.

Rapids’ goalkeeper Tim Howard had a relatively easy day in goal with his lone save coming on a shot by Hoesen who looked to take a shot in the six after receiving a pass from Marco Ureña.

The Rapids improve to 2-6-1 (7 points) on the season and will look to continue their climb back up when they take on the Chicago Fire on the road Wednesday night. They’ll also be looking for their first road win of the year. With the loss, the Earthquakes fall to 4-4-3 (15 points) and will look to rebound at home against Orlando City Wednesday night.

Rapids’ midfielder Shkelzen Gashi scored a brace in the Rapids’ big win over their Western Conference rivals on Saturday. His brace ended a scoring struggle for Colorado as the Rapids only scored two goals during their five-match losing streak, including being shut out in the last three matches.

Shkelzen Gashi’s goal in the 29th minute ended a shutout streak that lasted over 270 minutes for the Rapids. It sparked the attack for the Rapids throughout the day.

Florian Jungwirth was anything but the MLS Team of the Week player he’s been the past few weeks. He was beat on Badji’s goal and on Gashi’s second goal, overcommitting to Badji, who was on the ground but still managed to make the pass to a streaking Gashi.