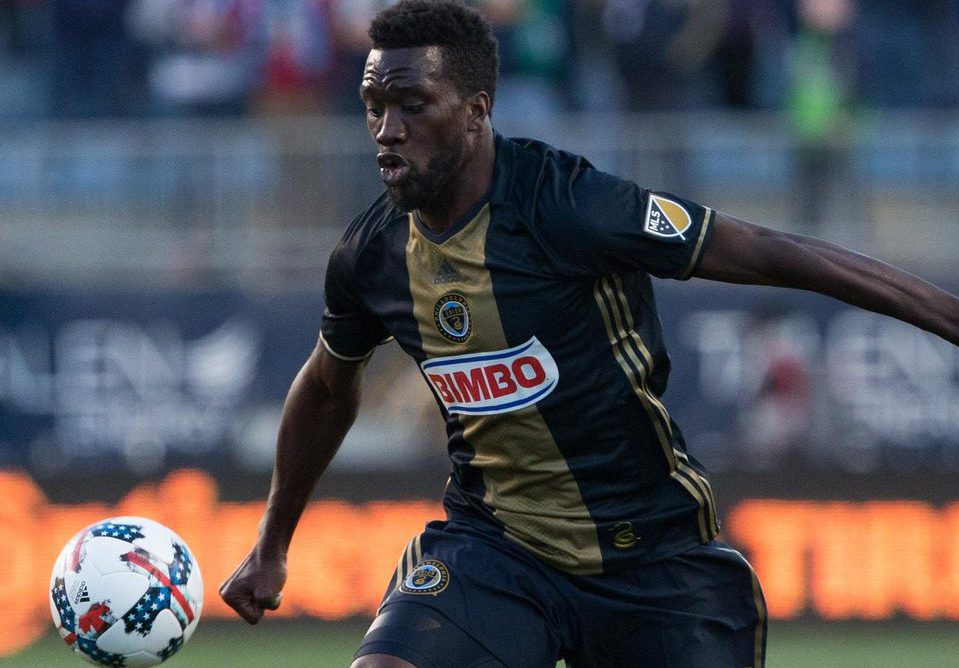 C.J. Sapong recorded a second-half hat-trick to lead the Union to a 3-0 victory over the New York Red Bulls on Saturday at Talen Energy Stadium. The win is the Union’s first since a 2-0 over Sporting Kansas City on August 27, 2016.

The first half produced little in terms of notable action, and neither did the opening part of the second half However, the game finally came to life 20 minutes before the final whistle, when Luis Robles made a phenomenal save on C.J. Sapong’s headed effort. Sapong played a nice 1-2 with Chris Pontius, who lofted a beautiful ball onto the head of Sapong, who was denied by a moment of brilliance from the Red Bulls goalkeeper.

After Pontius came close a minuter after, Sapong sent the stadium into an uproar as his shot from the right side of  the box deflected off a sliding Aaron Long and past Robles.

Long almost made up for his miscue in the 78th minute, as he lined up with a Kemar Lawrence cross. However, his header rolled just past the right post. Had it been on target, it would’ve beaten Blake easily.

A minute after Blake made a close-range save to deny Bradley Wright-Phillips, the Union marched down the field, led by substitute Fabian Herbers, to produce a second goal from Sapong, who headed from close range following a ball sent over by Pontius.

Sapong sealed the victory with a penalty in the 85th-minute that he put into the bottom-right part of the net past Robles. It is the third hat-trick in franchise history, with the last coming from Roland Alberg in 2016.

The Union will look to build off the win during a road trip to RFK Stadium on Saturday, while the Red Bulls host the LA Galaxy on Sunday.

C.J. Sapong scored his first-career MLS hat-trick with a trio of second-half finishes starting in the 74th minute.

Sapong’s opener tore the roof off Talen Energy Stadium and it helped the Union get rid of all their demons from the 16-game regular-season winless run.

Aaron Long has been steady for the Red Bulls for most of the season, but his misplayed ball helped set up the Union’s opening goal, then he wasted a wide-open chance directly in front of goal to cap a nightmare evening.