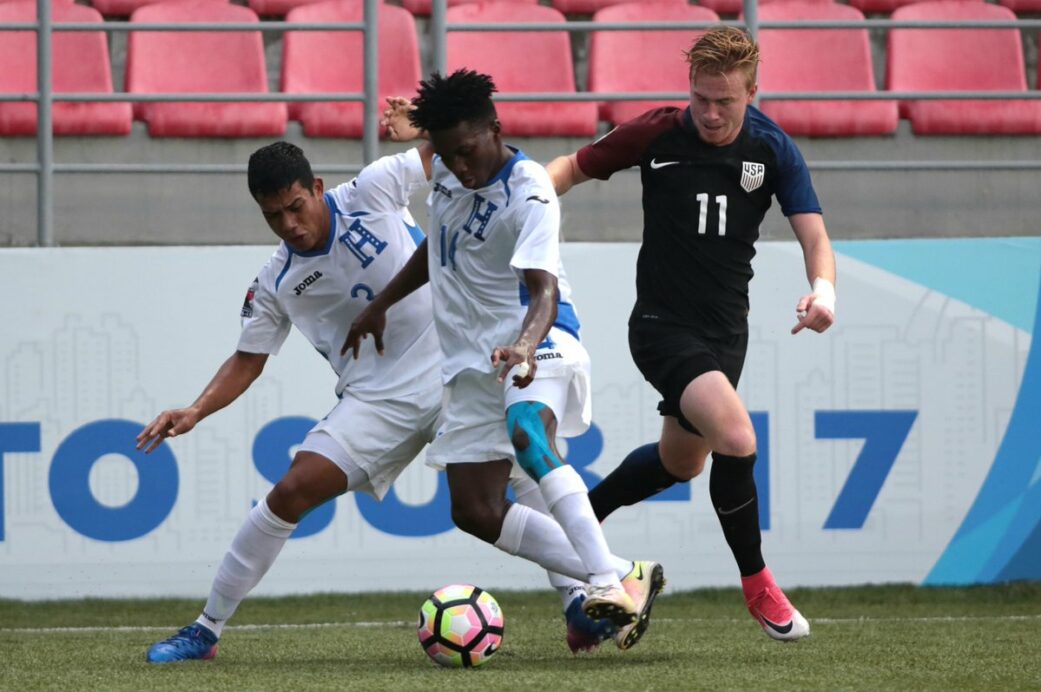 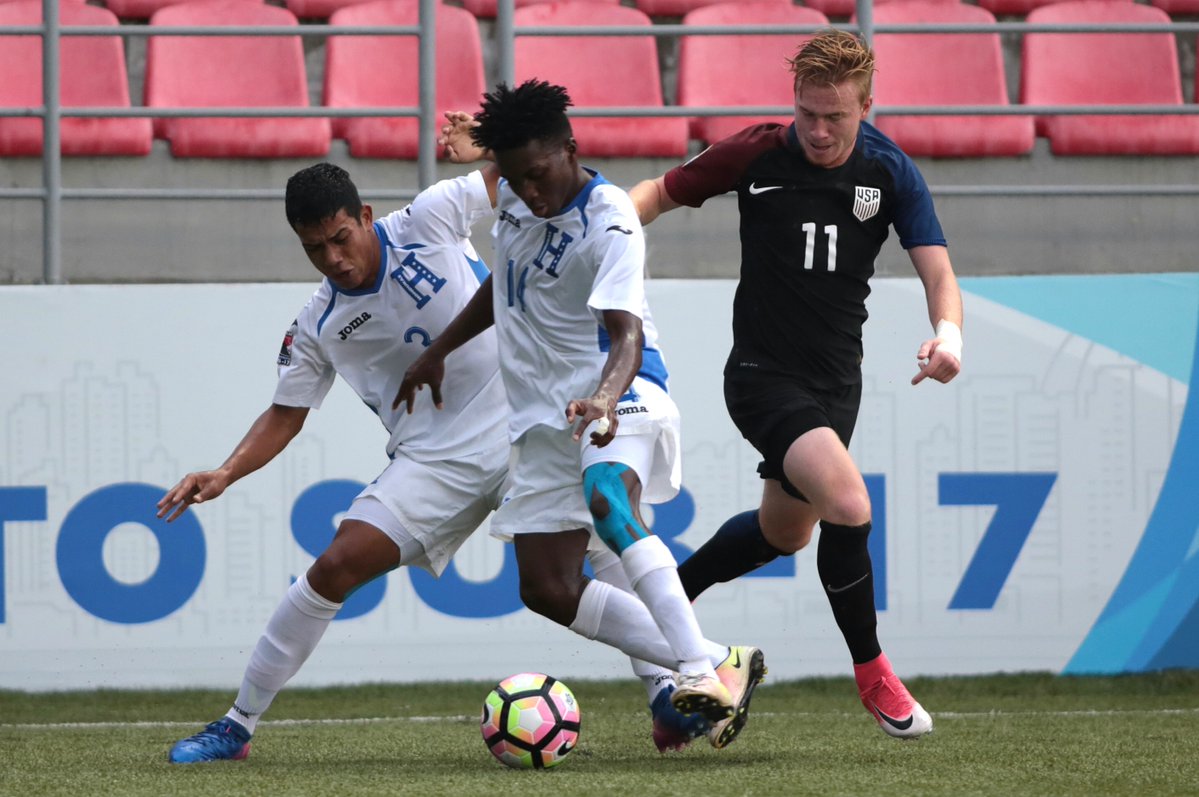 The U.S. Under-17 Men’s National Team took a major step towards this fall’s Under-17 World Cup with a  thorough beatdown of Honduras on Wednesday.

Josh Sargent bagged a brace, his fourth and fifth goals of the tournament, leading the way in a 3-0 win in Wednesday’s classification stage match. With the win, the U.S. equals Honduras on three points ahead of the group finale against Cuba. Honduras, though, will finish on those three points after topping Cuba, 7-1, in their opener.

Sargent bagged the opener in the 26th minute, setting the tone in a match the U.S. largely dominated. After weaving past the onrushing Honduras goalkeeper, Sargent was hacked down just outside the box, earning a free kick. Andrew Carleton whipped in the ensuing set piece, finding Sargent inside the six-yard box for a simple close-range finish top open the scoring.

Sargent’s second came late, pushing the scoreline to 3-0. On the end of a perfectly-weighted chipped pass from George Acosta, Sargent waited on the bounce before firing a half-volley finish to the far post, icing the game at 3-0.

Carleton was particularly active in the first half, creating several chances after providing the assist on the opener. In the 39th minute, the Atlanta United product weaved through the entire Honduras backline, creating one of a series of solid look as the U.S. pushed to end the half.

Carleton continued pushing in the second half, and was robbed of a goal on a 63rd minute goal-line clearance. Just moments later, the U.S. did find the insurance goal through Akinola, who broke free on the right side to get on the end of a Blaine Ferri through-ball. After taking a touch past the goalkeeper, Akinola fired into an open net with a defender draped over his shoulder, pushing the lead to 2-0 with his fourth of the competition.

Sargent’s goal came with 10 minutes remaining, all but locking up the team’s spot in the World Cup heading into Friday’s match against Cuba. Barring a catastrophic defeat, the U.S. remains the favorite to advance to the CONCACAF final, which is set for Sunday.