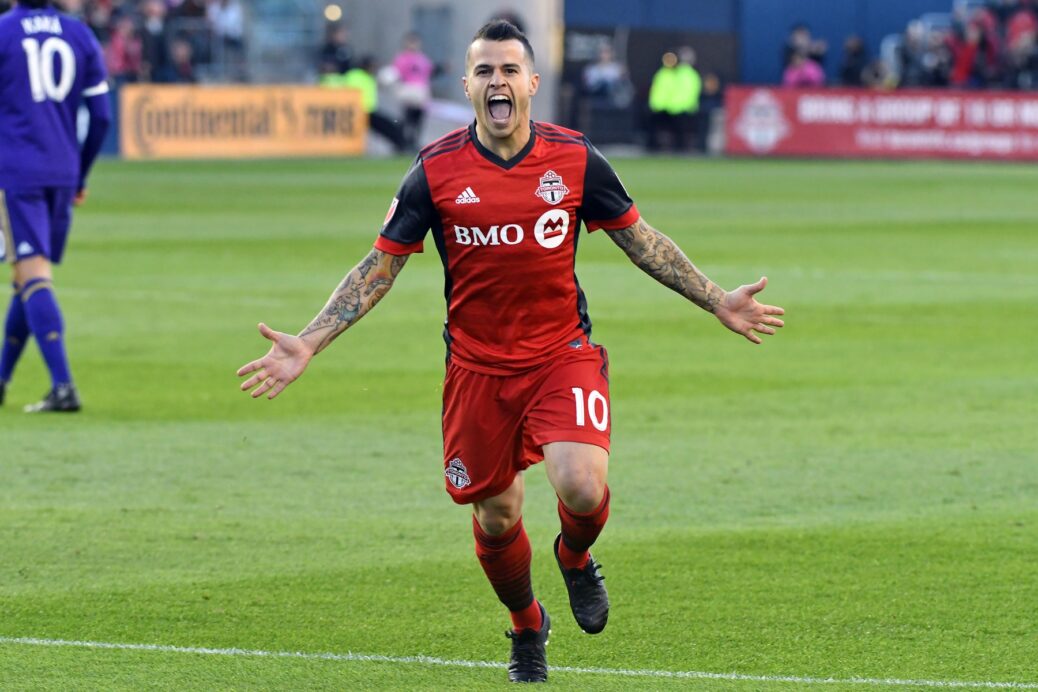 There’s little anyone can do to stop Sebastian Giovinco when he’s at his best and, on Wednesday, even the often-dominant Orlando City backline fell victim to the Italian star’s magic.

Giovinco scored a brace on Wednesday, firing his fourth and fifth goal of the young season, in an impressive 2-1 win over Orlando City at BMO Field. The loss snaps the Lions’ four-game winning streak while extending Toronto FC’s own to three straight in three home matches.

The Italian forward got things started early, combining with Jozy Atltidore for the game’s first. The U.S. Men’s National Team forward played a first-time flick from a Raheem Edwards cross, finding Giovinco, who took a touch before placing a pinpoint shot past Joe Bendik for the opener.

Bendik proceeded to shut the door on an Altidore breakaway, but the Orlando City goalkeeper could do little to stop Giovinco’s second. After parrying a Steven Beitashour shot, Bendik was let helpless and Victor Vasquez slid a pass to Giovinco for what amounted to little more than a tap-in.

A Kaka goal just before halftime halved the lead as the Brazilian scored his second in as many games, but Orlando City could not muster a second finish in the second half to get back into the game.

Following the win, Toronto FC looks ahead to an MLS Cup rematch in Seattle on Saturday while Orlando City remains on the road for a visit to the Houston Dynamo.

Is there any doubt? Sebastian Giovinco’s brace led the way for Toronto FC, who continue to be all but unstoppable when he brings his scoring boots.

Giovinco’s first goal set a tone, but his second proved the game-winner, all but burying Orlando City.

Cristian Higuita didn’t quite look himself in the midfield on Wednesday as he was dispossessed several times by TFC’s pressing.