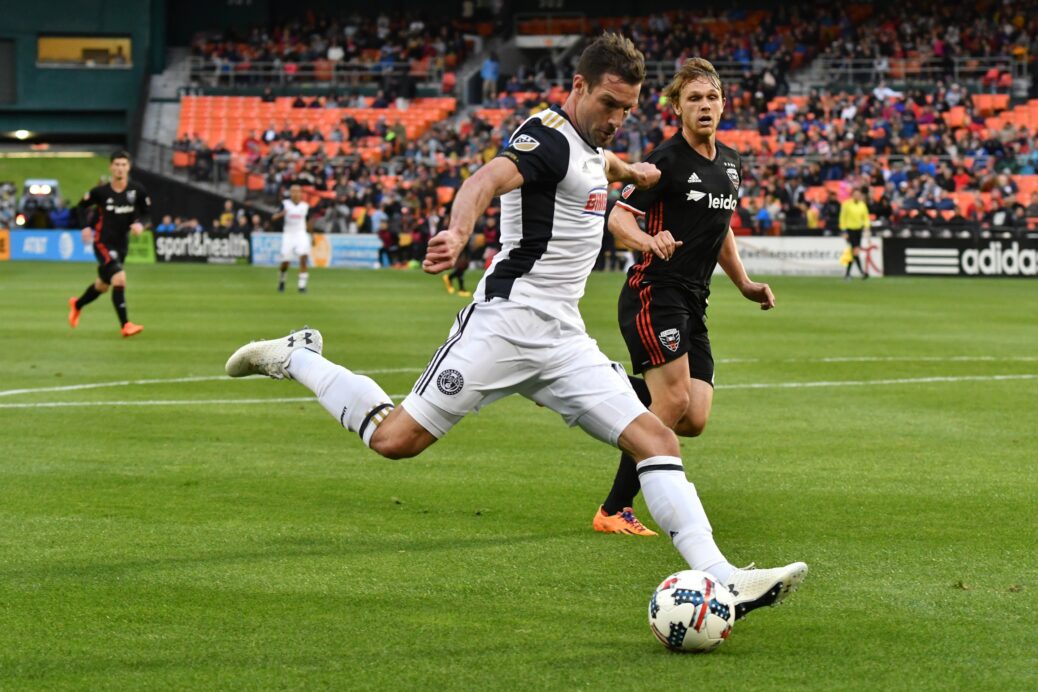 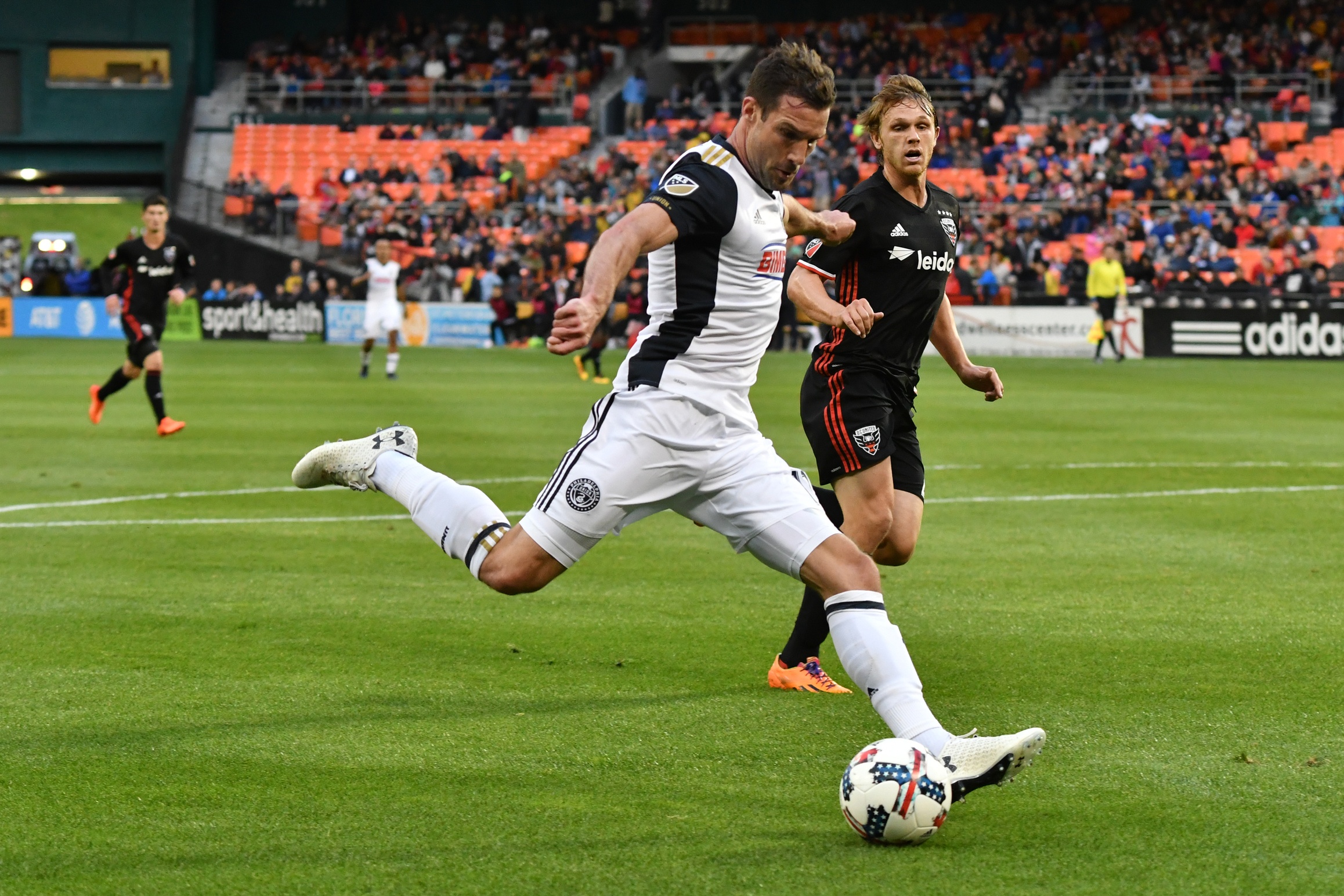 WASHINGTON D.C.– This is the Philadelphia Union team many expected to see at the start of the season.

The Union continued to put their early-season struggles behind them with a 4-0 win over D.C. United at RFK Stadium in Saturday that handed them a two-game winning streak and four-game unbeaten run.

Haris Medunjanin, Oguchi Onyewu and Fafa Picault all scored their first goals for the club and Fabian Herbers added a late strike as Jim Curtin’s men became the last team in the Eastern Conference to cross over the 10-point plateau.

Bill Hamid was called into action early and often for the home side in the first half, with his denial on C.J. Sapong in the 41st minute. Kofi Opare also sprung into the role of goal saver in the 26th minute, as he cleared the ball off the line and then blocked a rebound effort from Fafa Picault.

Haris Medunjanin broke the deadlock with a thunderbolt from 25 yards out that beat a diving Hamid. Medunjanin started the attacking move in the 39th minute with a superb pass to Sapong. The ball ended with Chris Pontius on the right wing and the former D.C. man fed an open Medunjanin for the first goal of his MLS career.

The second half started with business as usual from Hamid, who made a phenomenal denial from close range on Picault in the 48th minute. A minute later on the other end, Lloyd Sam had a case for a penalty after a one-on-one battle with Fabinho, but his complaints were not obliged to by Chris Penso.

Any chance at a comeback at home was thwarted in the 53rd minute for D.C., as Luciano Acosta was handed a straight red by Penso for a hard tackle on Ilsinho. In the seconds prior to the challenge, Acosta was bumped by Oguchi Onyewu and no call was given to the diminutive Argentinian.

The Union took control with the man advantage in the 64th minute, as Onyewu’s head connected with Medunjanin’s corner to provide the visitors with a two-goal cushion.

Picault got in on the scoring party in the 79th minute, as he ripped a shot from the left part of the box into the upper 90. Sapong won the ball at midfield and played it to Medunjanin, who set Picault up to work his magic in the penalty area.

Herbers added a fourth for the Union in the 88th minute, as he hit a pretty shot into the left corner of the net to finish off a sterling attacking night for the Union and a brutal one all around for D.C.

The Union will look to make it three wins in a row on Wednesday at home against the Houston Dynamo, while D.C. plays host to the Chicago Fire on Saturday afternoon.

Haris Medunjanin scored the first goal for the Union and provided Onyewu and Picault with assists in the second hafl.

Medunjanin’s blistering attempt from 25 yards out in the 39th minute put the Union ahead, and it gave them a cushion to work with once Acosta was sent off.

Luciano Acosta didn’t have much of an impact on the contest in the first half, and he didn’t have a chance to do so in the second thanks to his straight red card that occurred during a rush of blood to the head.