USL Week 9: A Look Ahead 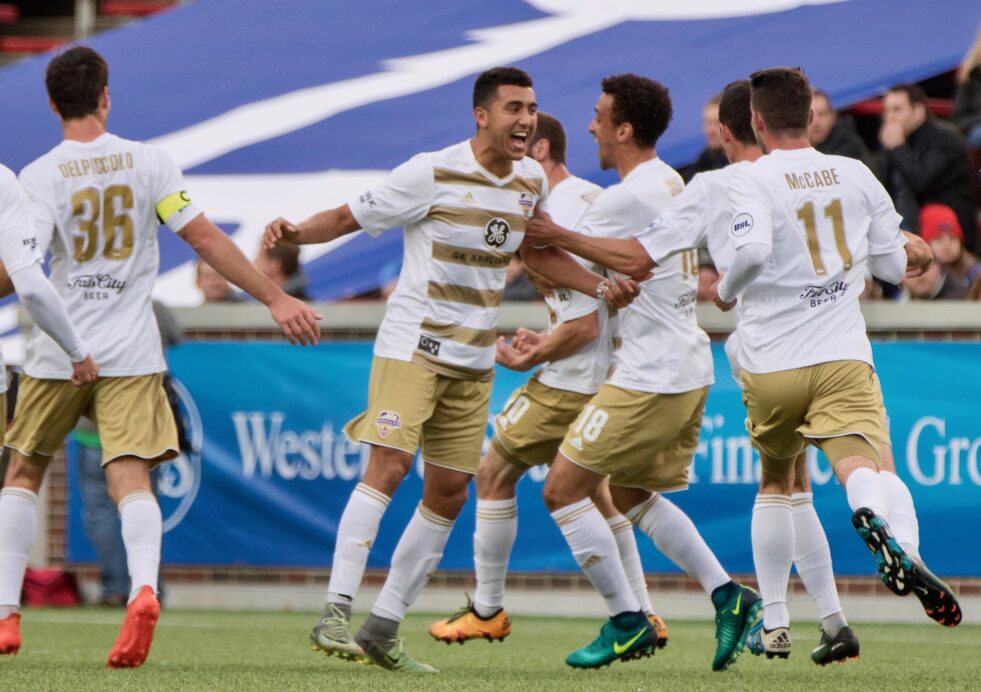 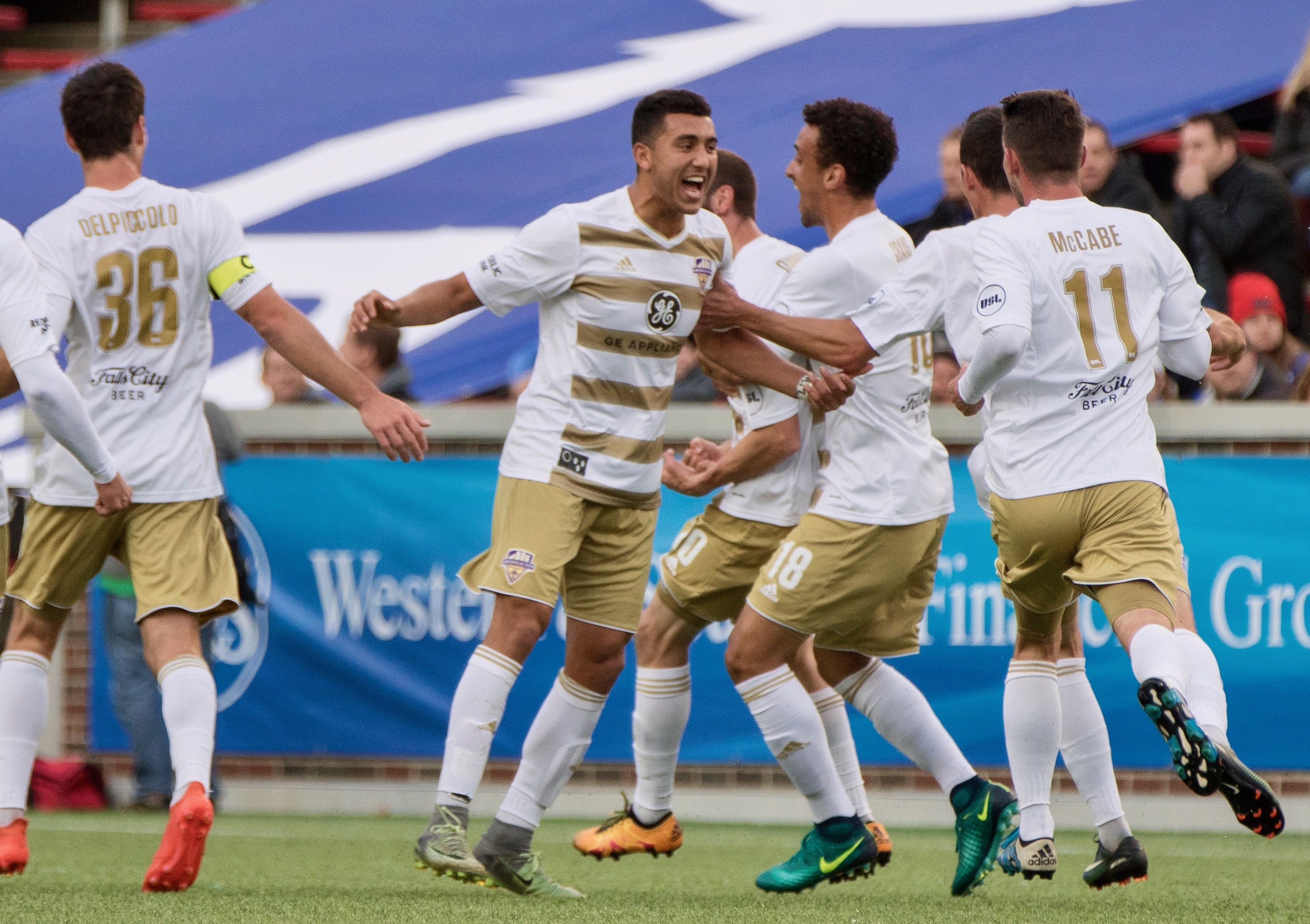 Week 9 of USL action features a few top of the table match-ups to keep you entertained.

The big clash out East comes as the Pittsburgh Riverhounds and Louisville City battle it out in a showdown between third and fourth. Meanwhile, out West, the Real Monarchs sit in second place as they face the fourth-place Colorado Springs Switchbacks.

In a battle of MLS-hopefuls, San Antonio FC pit their unbeaten start against Phoenix Rising, coming off a bounce-back victory over the OKC Energy after their terrible loss a few weeks back.

Here’s a look a this weekend’s USL matches:

The second-place Rowdies look to establish a grip on first as they take on lowly Toronto FC II. TFCII has had a hard time this season, earning just six points from their first eight matches, with two consecutive losses in recent weeks.

The New York Red Bulls II have proved less dominant than their 2016 counterpart, but still remain firmly in playoff position with 11 points through nine matches. The Fury have struggled in their debut season, sitting level with the aforementioned TFCII at the bottom of the East.

Though a rousing success in terms of attendence, FC Cincy will surely hope to find more success on the field, as they’re winless in their last five. They’ll hope to leapfrog the Steel, who sit once place above them, level on points in the standings.

The City Islanders haven’t won in their last four, and face a tall task on Saturday against the Battery. The Battery currently sit first in the East with two points and a game in hand on the Rowdies below.

The Riverhounds have also started 2017 off well, sitting third and hitting their stride with three consecutive wins. Louisville City sit directly behind them and hope to overtake the Riverhounds with a win on Saturday night.

The first Western Conference match of the weekend features two teams who have struggled to find their form, as joint-last OKC Energy take off playoff fringe candidates Orange County SC.

Rio Grande Valley take on a Los Dos team that finally earned their first win after a long winless streak and are looking to build on that success. The Toros are sitting pretty, winners of four of their last five, and can leapfrog from fifth to third with a win Saturday night.

A clash between MLS hopefuls pits top dog San Antonio FC against up-and-down Phoenix Rising. Phoenix rose in their last match, taking a 2-1 victory over the Energy, while San Antonio FC haven’t lost yet this season through nine matches.

The Real Monarchs, who flourished under now-Real Salt Lake coach Mike Petke, have continued their success as winners of four straight. The Switchbacks have been generally good, but have struggled a bit of late with a 1-2-2 mark over their last five.

It was a big night for Reno last time out, as they earned their first ever win in a 4-0 showing over Phoenix Rising. They’ll try and duplicate that against the Sounders 2, who sit way up in third place as winners of two of their last three.

The Republic have endured a disappointing start, with a terrible run of recent form having lost five of their last six. They’ll try to turn it around against the Roughnecks, who’ve won two straight and sit in playoff position.

The Rhinos, fresh off their U.S. Open Cup victory, aim to move into playoff position with a winning result this weekend. The Kickers, meanwhile, suffered an upset defeat at the hands of Christos FC in the Cup and now need to bounce back in the midst of a disappointing USL season as well.