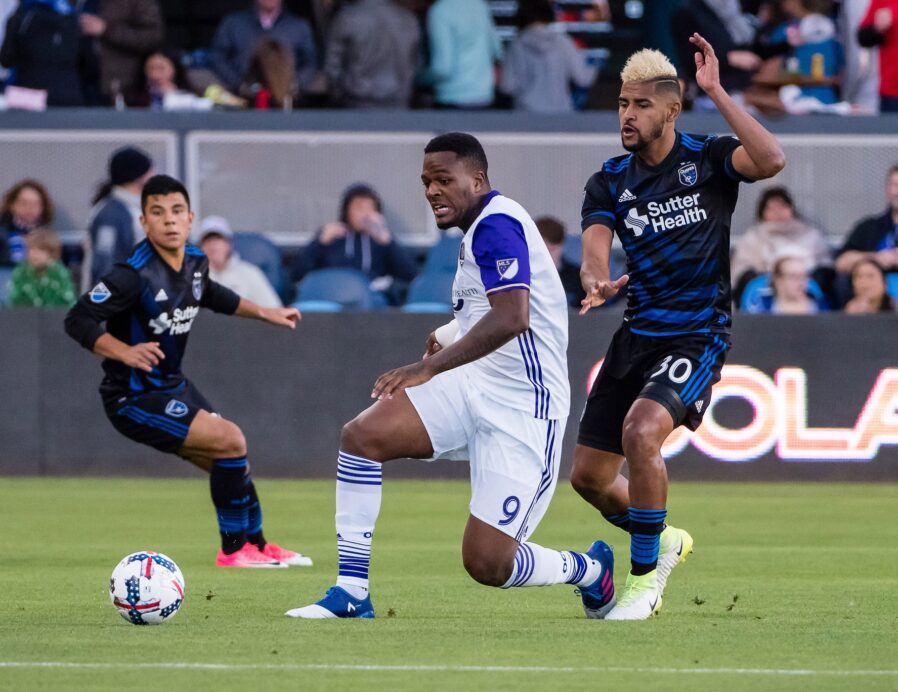 SAN JOSE – Like many games at Avaya Stadium this season, the dying minutes called for a San Jose Earthquakes’ game-changing goal.

Chris Wondolowski tallied his fifth goal of the season on Wednesday night as the Earthquakes salvaged a point with a 1-1 draw against Orlando City at Avaya Stadium. The Earthquakes have yet to suffer a defeat at home in six games at Avaya this season.

In the dying minutes, substitute Tommy Thompson’s first touch of the game resulted in heated strike that would find a lurking Chris Wondolowski on the far post. Wondolowski, no stranger to scoring late goals, volleyed Thompson’s strike in mid air and sent it past Joe Bendik.

Carlos Rivas put an end to the scoreless affair in the 80th minute, notching his first goal of the seaso. PC’s whipping cross inside right outside the box fell right at the young Designated Player’s feet, and he struck the ball to the bottom right corner giving David Bingham no chance.

Nine minutes in, Cyle Larin showcased why he is the second leading scorer in the league, delivering a skidding header that would just miss the frame of the goal. Nine minutes later, the 2015 Rookie of the Year would again find the ball and deliver a powerful header via Scott Sutter’s floating cross, but would be denied by the extended fingertips of a diving Bingham.

In stoppage time, Kaka failed to help Orlando snatch all three points from the Quakes after a clear-cut one-on-one chance against David Bingham.

Following the draw, the San Jose Earthquakes look to top the leagues’ last remaining unbeaten team as they take the road to take on FC Dallas. Orlando City flies back to the East Coast as they host New York City FC for the second time this season.

David Bingham showcased glimpses of quality reminiscent to play years prior which earned him appearances with the U.S. Men’s National team.

Giles Barnes got the nod over Kaka but delivered minor productivity on the field to be considered for a consecutive start against NYCFC after only completing five passes.