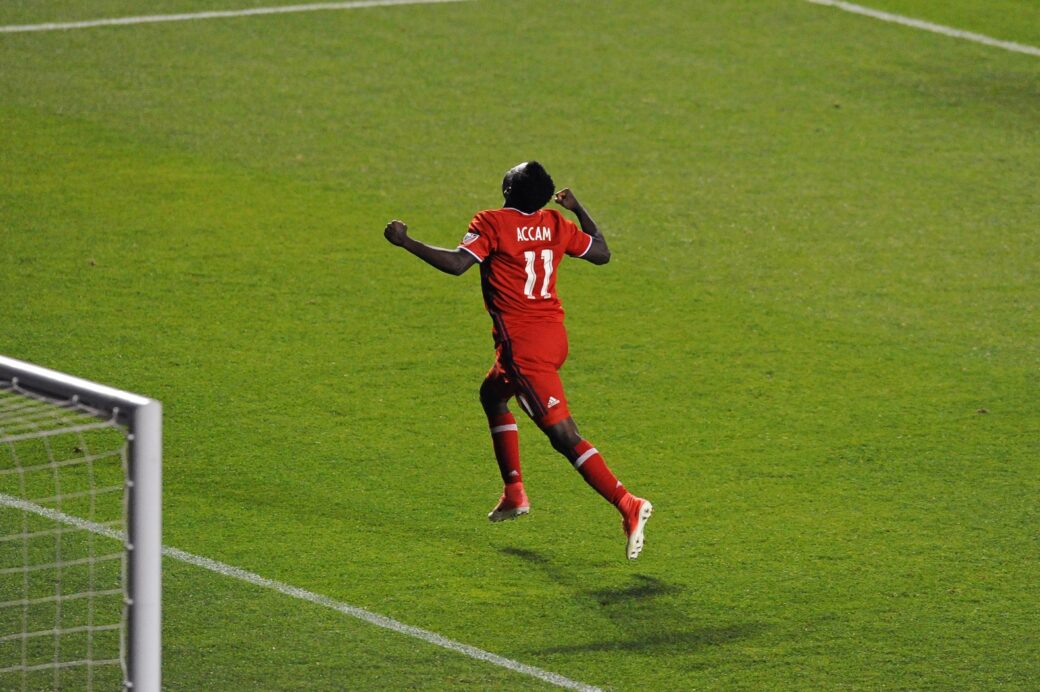 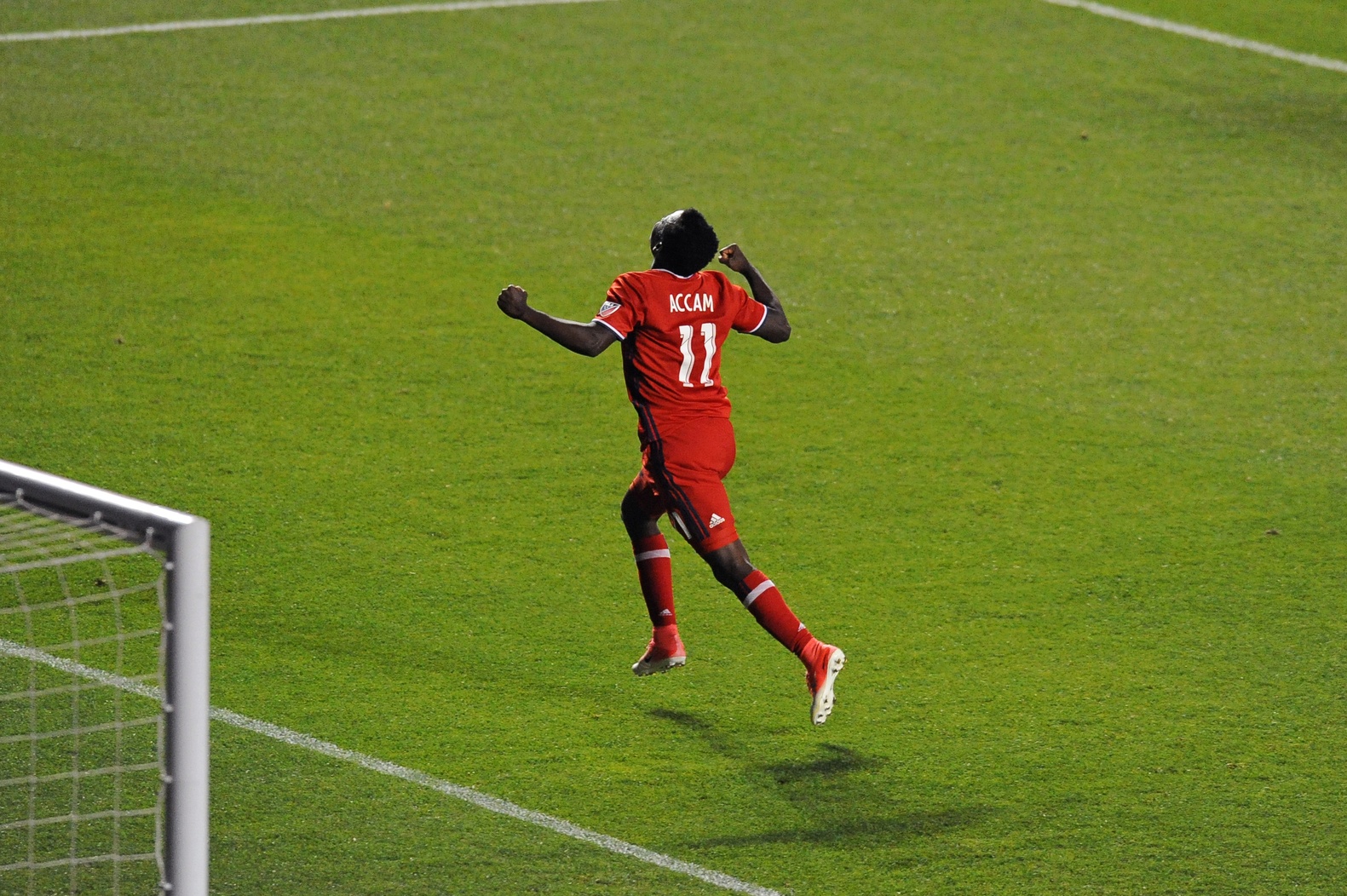 It was David Accam’s match. Everyone else was just along for the ride.

The Ghanaian winger easily had the best game of his MLS career by netting his first ever hat trick to go along with an assist. He was involved in all four Chicago Fire goals as they cruised past a tired Orlando City team 4-0 in front of a sellout crowd at Toyota Park.

Accam wasted no time starting the scoring. It took him all of eight minutes to score his first two goals on the night.

The first came just over 120 seconds into the match. A well executed team maneuver started with a wide pass from Bastian Schweinsteiger to Matt Polster. Polster sent a low cross to Accam, who was waiting at the top of the six yard box for an attractive back heel flick into the net.

Accam’s second in the opening minutes was the product of a perfectly placed long ball from Schweinsteiger. Accam knocked it down, juked Joe Bendik in goal, and hammered it into the open net.

The rest of the first half was all Fire, as they dominated in every aspect of the game and rarely let Orlando City close to their goal.

The second half started much the same way as the first. The Fire pressured Orlando into conceding a third goal in the 52nd minute. Accam didn’t provide the finish, but he did play a major role in setting up the score. It was his through pass that picked out Nemanja Nikolic, who slotted a perfect shot inside the far post for his league leading 14th goal of the season.

It seemed the only way Accam would be stopped was by breaking the rules, and that is exactly what Orlando City did just after hour mark. The hero of the night was bowled over in the penalty area waiting for a Nikolic cross. Referee Jorge Gonzalez wasted no time pointing to the spot. Accam calmly banged home the penalty for his first career hat trick.

There were some refereeing shenanigans late in the match. Chicago goalkeeper Matt Lampson was lucky to stay in the match after he took out Carlos Rivas on a breakaway. Gonzalez ignored the incident, which very well could have been a straight red card for denying a clear goal scoring opportunity.

The Fire are now undefeated in their last nine matches, with seven wins in that span. They remain in second place in the Eastern Conference, just a single point behind Toronto FC. They will take on FC Cincinnati in U.S. Open Cup action on Wednesday before continuing MLS play on Saturday against the Vancouver Whitecaps at home.

On the other end of the spectrum, Orlando City SC are winless in four, although the first three were draws. They are out of the Open Cup and finish a three-game road swing at Real Salt Lake on Friday night.

It was hard to find a flaw in David Accam’s game on Saturday night.  He scored twice within the opening minutes of the match, provided the assist on Nikolic’s goal, and finished his first career hat trick from the penalty spot. He owned the match from the opening whistle until he was subbed off in the 80th minute.

The Chicago Fire’s opening goal really was a thing of beauty. It combined precise passing and artistic shooting into a beautiful opening tally that set the tone for the entire match.

The entire Orlando City squad looked sluggish from their midweek match at Seattle. Right back Scott Sutter, in particular would like this one back. He was the one responsible for keeping Accam at bay along the left flank and, well, that didn’t exactly turn out well for the Lions. He was also the man who plowed over the night’s hero to set up his hat trick earning penalty.