Gordon making the most of bench role with the Rapids 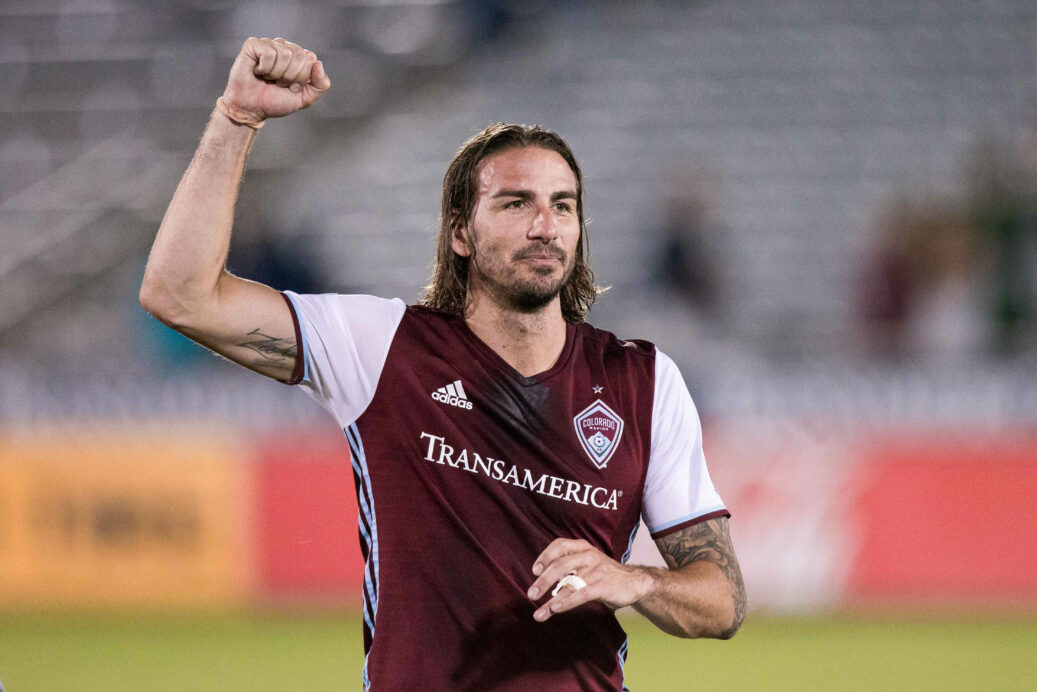 Alan Gordon is on a bit of a hot streak.

The Colorado Rapids’ backup forward has scored the winning goal in each of their last two games, and both came in the dying minutes of the game. The first of them was a header against the Columbus Crew in the 86th minute that barely sneaked inside the far post. Then, in Saturday’s home clash with the Portland Timbers, he did it again. This time, it was a floating cross off his head and into the top corner at the stroke of 88 minutes. He’s been the most important player on the stat sheet in these games, despite only playing for a combined 19 minutes.

“He’s just a real catalyst these last couple games for the group,” Mastroeni said. “And I think, along with that is the mentality that he brings, which is that fighting spirit which fits perfectly with the rest of the group.”

Gordon signed a one-year free agent contract with the Rapids last winter and immediately fell into his usual role as a strong bench player. Along with starting four matches, he has been brought on as a substitute five times, which is something the 35-year-old forward is used to doing. He spent the previous two plus seasons on his second stint with the LA Galaxy, the team that drafted him way back in 2004, where he played in 65 games while only starting 19.

Playing time may be sparse, but finding goals has never been an issue. He has the two late winners this season, as well as 13 goals with the Galaxy, in 2,538 minutes over the last three years. That’s a pace of 0.53 goals per 90 minutes, or about a goal every other game. That puts him on the same page as well known goal scorers like Bradley Wright-Phillips, Cyle Larin, and Fanendo Adi.

Mastroeni knew what he was getting when he brought Gordon on before this season, and so did Gordon.

“I’ve had some success doing this the last few years,” Gordon said. “It’s something (Pablo) wanted to add to the solid team he had last year.”

His late game goals are becoming a valuable addition to a team that had the strongest defense in the Western Conference last year, but also the weakest offense. Gordon is well aware of his reputation as an MLS super-sub.

“It’s kind of my M.O. right?” he chuckled. “I’m just trying to make the most of my minutes. I’ve been fortunate enough to score late goals.”

The Rapids will certainly take him making the most of things. His winners in the last two league games have lifted the club out of last place in the Western Conference and extended their winning streak to four, including a U.S. Open Cup win over the OKC Energy.

There’s still a long way to go. The Rapids are four points back of a playoff spot, but the season is young. If Gordon, and the rest of the Colorado bench, can continue to have an impact, a few draws can turn into wins. And a few wins can turn into another playoff run.