Crew score three goals in second half in blowout of Impact 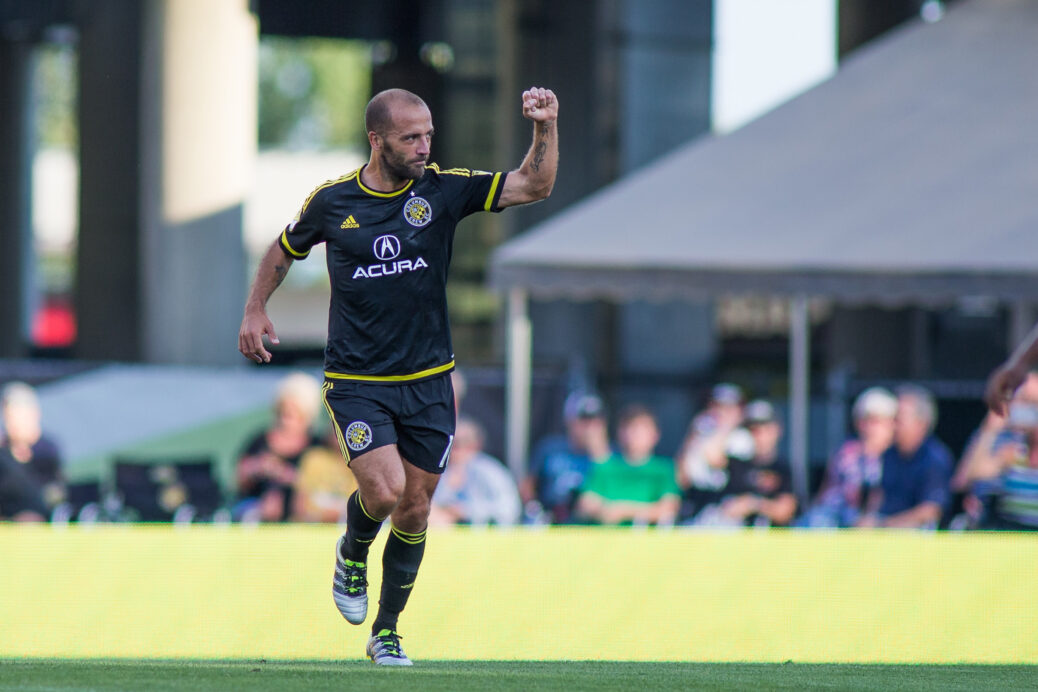 It was one substitution from Columbus Crew coach Gregg Berhalter that changed what seemed to be a close game to a blowout. After Kekuta Manneh stepped on MAPFE Stadium’s grass, a 1-1 draw became a 4-1 win for the Crew at home against the Montreal Impact.

A late tackle from Kyle Fisher just above the 18-yard box gave the Crew the opportunity to open the score. In the 17th minute, Frederico Higuain scored in his fourth straight game by beating the Impact’s wall to the upper right side and into the net.

One minute later, Higuain created a chance in the other direction for the Impact’s equalizer. His pass was intercepted by Marco Donadel and sent forward to Blerim Dzemaili. Once inside the 18-yard box, the Swiss found Anthony Jackson-Hamel to his right and his shot went past Zack Steffen to level the score.

Berhalter decided to substitute Kekuta Manneh into the game in the 70th minute for Justin Meram and seconds later Manneh put his team in front. Higuain intercepted the ball in midfield and sent it forwards towards Manneh. The young Gambian dribbled past one defender and took advantage major confusion between the Impact’s center backs to shoot from the left side of the box and give his team a 2-1 lead.

Two minutes later, Manneh found himself on the left flank and sent a cross in towards Ola Kamara just above the penalty spot. The Norwegian volleyed the ball in the right side of the Impact’s goal to give the Crew a two-goal cushion.

Huguain added fourth goal at the 88th minute on a quick play started by Zack Steffen. The 22-year old goalkeeper sent the ball deep towards Adam Jahn, who had just subbed in, and beat Wandrille Lefevre to the ball. Huguain was at the perfect position to finish and add a second goal to his tally for the night.

In the span of two minutes, Kekuta Manneh subbed on, gave his team the winning goal and had an assist on Ola Kamara’s goal. The young winger made a case for himself with only 20 minutes of play.

Kekuta Manneh subbed in for Justin Meram and was immediately fed the ball by Frederico Higuain. The young winger took advantage of the confusion between the Impact defenders to score the game-winning goal.

Hassoun Camara and the right side of the Montreal defense had a hard time coping with Manneh’s addition and Frederico Higuain’s talent, resulting in a bad loss.