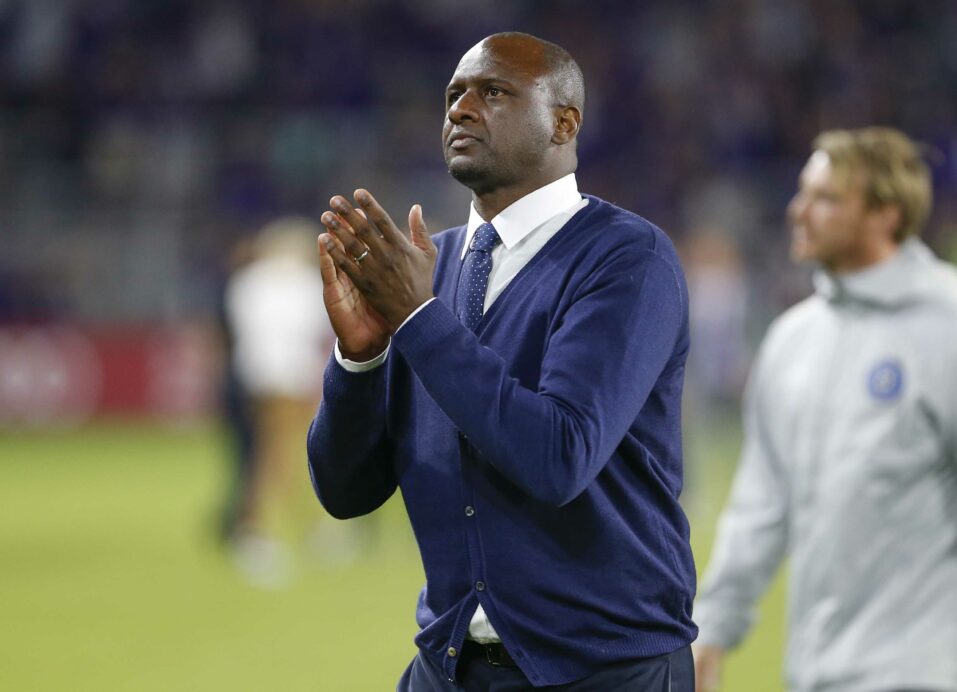 New York City FC head coach Patrick Vieira enjoys the day-to-day grind and process of this project that is NYCFC. Despite the recent reports of overseas clubs wanting the former Arsenal and French legend, he’s all about building this club, through the good days and the bad.

Those bad days include much frustration and already numerous losses to their Hudson River rivals, the New York Red Bulls. Another chapter in that ‘bad days’ column was added Wednesday night in NYCFC’s 1-0 loss to the Red Bulls in the fourth round of U.S. Open Cup play at Red Bull Arena, the first time that both clubs played against each other in the tournament.

Although the loss was frustrating, Vieira seemed to take a positive route on his way out of Harrison last night.

“I think it’s a fantastic challenge,” Vieira said. “It’s a really good challenge for myself and for the players because when you look at our record – I think we played them seven times – we had six losses and only one win. That will make the games, the next game, more exciting and more challenging for us.

“As a football club, as a coach, as a player, this is a challenge that can be really exciting.”

NYCFC’s lone win against the Red Bulls came last July, 2-0, at Yankee Stadium. However, that 2-0 win is overshadowed by a 7-0 in May 2016 and a 4-1 loss later that July at Red Bull Arena. Last night’s 1-0 result is the small margin of defeat against the Red Bulls in the young history of the series.

“I think [the Red Bulls are] a good team,” Vieira said, “but I think we matched them.”

The match was more of a tale of two halves for the Blues. NYCFC was able to create chances in the first half and could’ve taken a 2-0 lead at the break, but shots by Tommy McNamara and David Villa hit the crossbar and post, respectively. They were shut down completely in the second half, minus a few chances, as NYCFC was unable to get past midfield throughout the second frame.

“I think in the first half, there’s some positive things to take for us,” Vieira said. “But they are a strong team to play against. I think when you look at the way we play in the first half, we had our chances, and we didn’t take it. When we play against strong teams like Red Bulls, or when we’re going to play Seattle on Saturday, we’re going to create chances. We need to take those chances.

“This is part of the game that we need to improve because playing against good teams, it’s difficult to score.”

NYCFC will have another chance to defeat their rivals next Saturday, June 24, at Red Bull Arena in the first regular season matchup against the Red Bulls this season.