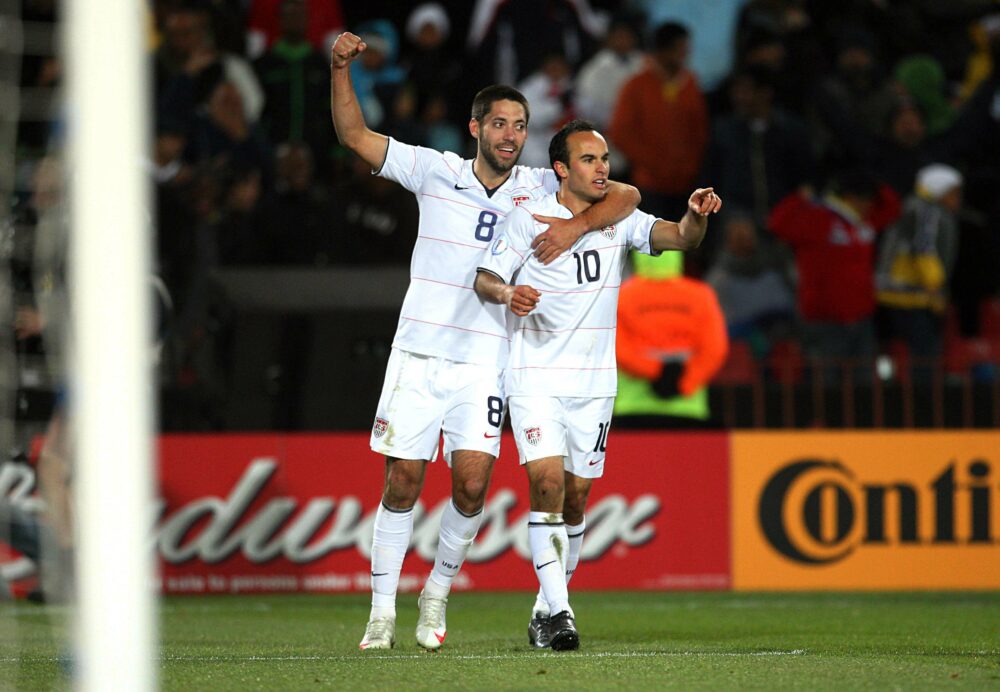 Former U.S. Men’s National Team star Landon Donovan is fiercely competitive, but even he has to admit that long-time teammate Clint Dempsey’s run towards his all-time goalscoring record has been incredibly impressive.

Donovan heaped praise onto Dempsey, who is just one goal shy of the former’s all-time USMNT record, stating that the circumstances of Demspey’s run to the record make it that much more special, he told Goal.com.

“And you have to remember that he was overseas for a lot of years, so he didn’t get to come in all the time and play friendlies in January against the Norwegian B team or Barbados,” Donovan added. “So in my opinion he’s done it in more difficult circumstances and that makes it that much more impressive.”

While Donovan has held the record since he notched his 35th to pass Eric Wynalda in 2008, Dempsey’s assault on his former teammate’s mark of 57 goals has been relentless. As expected, Donovan is right on all accounts with regards to the speed at which Dempsey has caught up. Donovan recorded his 57 goals over 157 appearances and 15 years from 2000-14. Dempsey has surpassed both marks with his current total of 56 goals coming in just 133 appearances and 14 years from 2004-2017. 19 of Donovan’s goals came in friendlies while Dempsey scored just 15 in similar matches.

“I knew there was something special when I first saw him play, but I would have never imagined that he would be able to be this consistent for this long just because he played so hard,” Donovan said. “And when you play that intense and that hard, and put yourself in danger that often, you would expect that you would have a lot more injuries. But he’s been remarkably healthy throughout his career.

“And he’s been able to keep himself going, and that to me is unbelievably impressive.”

While Donovan will forever be a USMNT legend and is well within the argument for the best ever to represent his country, even he can acknowledge that what Dempsey has done has in some ways even eclipsed his own extraordinary accomplishments. Dempsey will shoot to overtake Donovan Thursday night against Trinidad & Tobago and, failing that, Sunday at Mexico.