Earthquakes’ Andres Imperiale playing his way out of nightmare 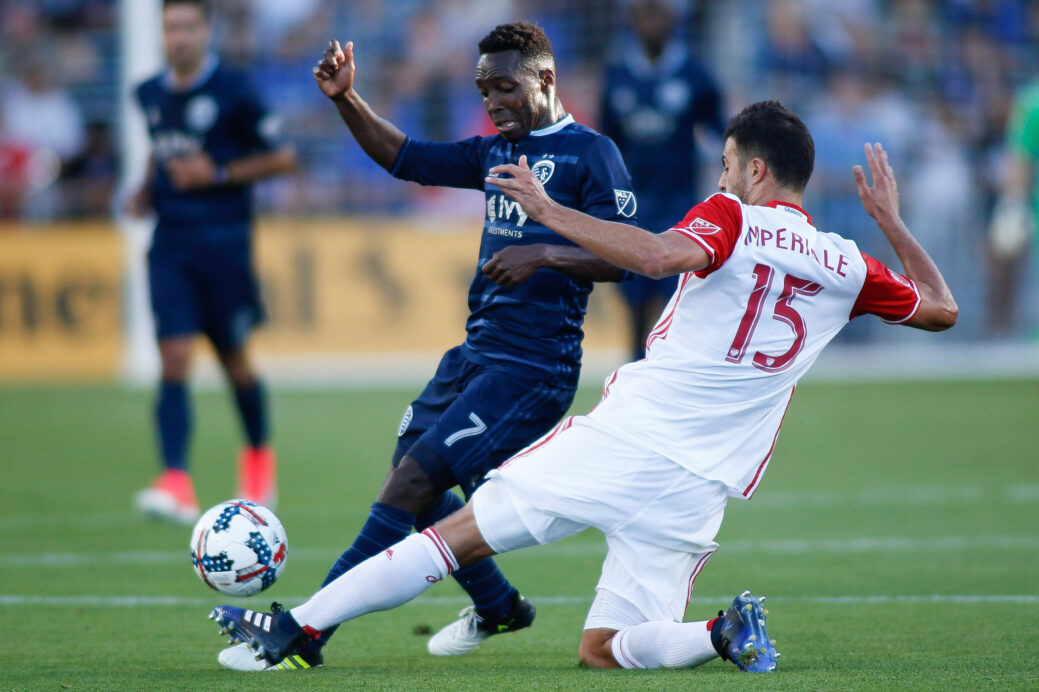 Following the arduous scoreless draw against a superior Sporting Kansas City, Andres Imperiale found himself hunched in one of the four almost-claustrophobic corners of the Earthquakes’ square-shaped locker room at Avaya Stadium. In one hand a sock, in the other, an oversized plastic bag filled with chunks of ice, his face showing pain with a hint of satisfaction.

On Saturday night, the Argentine center back returned from exile. Recording his first regular-season minutes after almost half of the 34-game season. Imperiale’s performance was nothing short of superlative, despite the mental barriers leading to it and gruesome broken nose on arrival.

“Well, it’s been a tough season for me because I haven’t been playing many minutes, but I always tried to be ready while I waited for this chance,” Imperiale said. “I hope to keep having minutes on the pitch, and to contribute in what pertains to me, it’s my job to be ready when the coach needs me.”

With the likes of Victor Bernardez and Florian Jungwirth holding a tight grip on the centerback positions, Imperiale has found himself squandered on the bench. A surprisingly foreign feeling for the 31-year-old who has 12 years of experience under his belt, and has commanded the back line in six different countries.

“These are things that happen,” Imperiale told SBI. “Throughout my career I’ve never had to live through this situation: to be out so long without playing.”

“These past few months have been really tough for me,” Imperiale added. “But luckily I have a great family that supports me during the bad times.”

The past week has been what Imperiale was patiently, yet diligently waiting for all along. Starting with his season debut in the U.S. Open Cup match against an inferior San Francisco Deltas side, which would see centerback partner Jungwirth substituted off with an ankle injury. With Sporting KC coming to town only days later, coach Dom Kinnear was forced to fall back on a prepared Imperiale.

“I tired to be ready always,” Imperiale said. “(I was) doing extra trainings and tried to be 100 percent for (when) these chances (showed up). And well, I was ready for this opportunity.”

The tenacity and discipline from the Argentine was seen on the field for the entirety of Saturday’s game. Making crucial last-man tackles inside the penalty box, limiting one of the league’s fiercest strikers in Dom Dwyer to a single shot, and returning to the pitch after a brutal collision cost him the linear alignment of his nose. It takes a true professional to dig his way out of Imperiale’s tormenting situation, and to the man that heavily relies on his contribution; the defender is exactly that.

“Yeah, I think he’s (Imperiale) one of those players that is the ultimate professional,” Quakes’ goalkeeper David Bingham told SBI. “We know he’s been disappointed that he’s not getting as many minutes as he wants, but he (still) comes in everyday with the right attitude.

“(He’s) always happy to be in here, and when he gets his chance to play; he does well.”