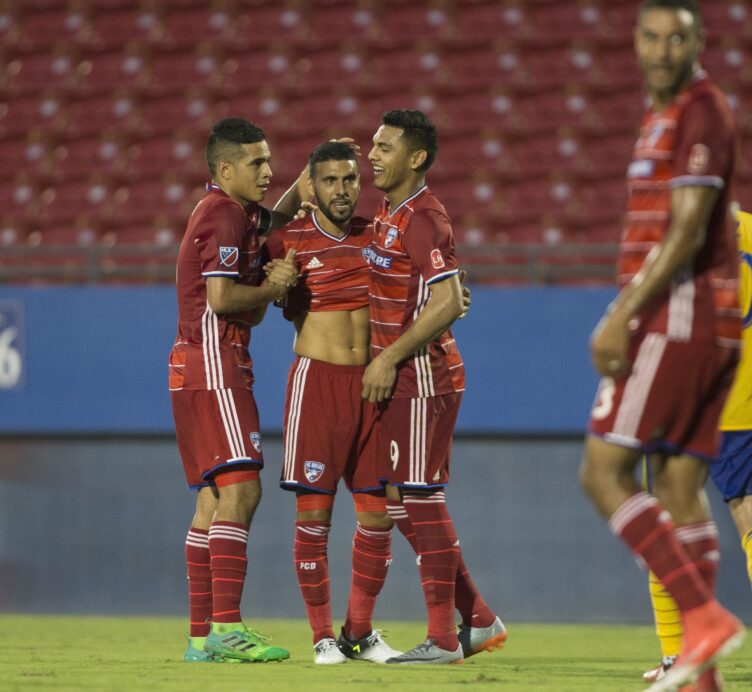 Though the Colorado Rapids battled well in a difficult road match against FC Dallas, it is the title defenders that continue their U.S. Open Cup run.

FC Dallas was content to cede possession to the Rapids, who won that battle 57%-43%, but leaned on their tough defense to hold the Rapids to just three shots and a single goal in a 3-1 win. The Rapids defense was also successful in limiting FCD to just four shots, but the hosts finished with clinical accuracy, recording goals on three of those four.

The scoring opened late in the first half, as Mauro Diaz would slot home a penalty in the 45th minute after drawing a foul in the box on a reckless tackle from Bismark ‘Nana’ Boateng, giving FC Dallas a 1-0 lead at halftime. The Rapids would waste no time getting back into it, however, as they scored on a Maynor Figueroa rebound of a Michael Azira shot in the 46th minute to level the score.

Ryan Hollingshead would score the eventual winner for the hosts, with his 57th minute goal on an easy tap-in off a cross from Reggie Cannon. Things would continue to unravel for the Rapids as the game entered the latter stages, with Shkelzen Gashi forced off due to injury with no subs left, and Kortne Ford picking up a second yellow in the 88th minute to force the Rapids down to nine men.

Javier Morales would cap the victory with a final goal from a free kick in the 89th minute, sealing the advancement of FC Dallas to the next round of the competition. For the Rapids, the journey ends, and with injury concerns to Gashi and Axel Sjoberg to worry about.

After drawing a penalty and converting the first goal, Mauro Diaz was key to the distribution that led to the second, winning goal for FC Dallas. Diaz appears to be right back in form after missing significant time with a torn Achilles tendon.

Though it wasn’t a spectacularly impressive finish, Ryan Hollingshead made no mistake as he finished off the easy tap-in to secure the victory for FC Dallas. Mauro Diaz sprayed the ball out wide to Reggie Cannon, who beat his defender before setting up Hollingshead beautifully for the win.

The Colorado Rapids back four had a bad night, as Axel Sjoberg was forced off early in the first half with an injury, with Kortne Ford later being sent off. Giving up three goals on just four shots doesn’t reflect well on that back four, who left Zac MacMath out to dry far too often.