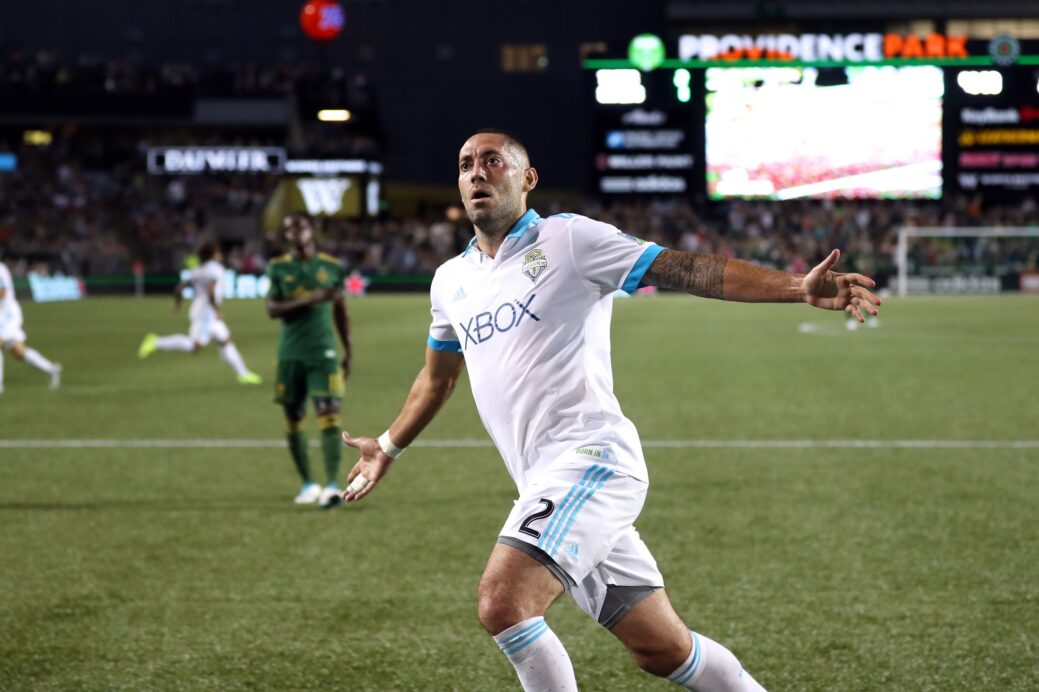 The Cascadia rivalry between the Seattle Sounders and Portland Timbers has a rich, deep history and, on Sunday evening, the two sides added yet another thrilling chapter.

Clint Dempsey’s 94th minute equalizer earned the 10-man Sounders a last-gasp road point at Providence Park in a 2-2 draw between the longtime rivals. The goal saw the 10-man Sounders steal a draw just 12 days after topping the Timbers in U.S. Open Cup play.

Dempsey entered as a substitute in the 56th minute and his big moment came deep into stoppage time. With the Sounders pushing for an equalizer, Roman Torres proved the unlikely playmaker, whipping a pinpoint cross into the center of the box. Dempsey provided the header, sealing a late draw with his fifth goal of the season.

The two sides exchanged goals in the first half with Joevin Jones opening the scoring in the 27th minute by firing home his own rebound. Just moments before halftime, though, the game turned dramatically as Brad Evans was sent off for a foul in the box on Darlington Nagbe. Fanendo Adi buried the ensuing penalty kick to seemingly make it 1-1 heading to the locker room.

Just moments later, though, the Timbers shook Providence Park with an insurance goal seconds before halftime. Dairon Asprilla’s header came on David Guzman’s cross, making it 2-1 at the midway point.

That scoreline stood until Dempsey’s late equalizer, one which gives the Sounders a second straight draw heading into a U.S. Open Cup clash with the San Jose Earthquakes. The Timbers, meanwhile, return next weekend for a clash with Sporting KC.

With the team down a man, the Sounders needed the defense to step up. Roman Torres did so in more ways than one, helping hold off the Timbers attack while providing the game-tying assist.

Is there any doubt? Clint Dempsey’s late goal stole a point for a Sounders team that held on just long enough before striking for a thrilling draw.

It’s easy to single out Brad Evans for the red card, but the Timbers will also look back on Saturday with regret. It wasn’t just the late equalizer but the way they played before giving it up. For most of the second half, the Timbers completely shut down and looked content with their lead and, eventually, they were punished.