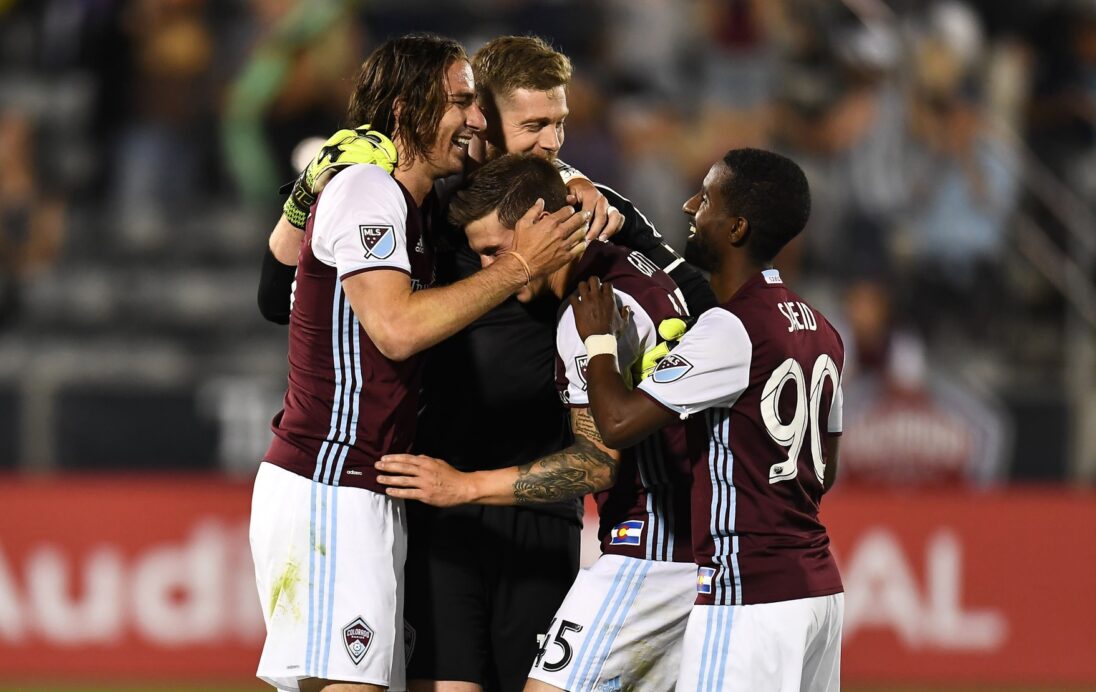 Alan Gordon did it again.

The forward’s knack for finding late goals gave the Colorado Rapids a 2-1 home victory over the Portland Timbers. It was the third straight MLS win for the Rapids and their fourth in a row at home.

Both sides traded quality chances in the opening quarter hour, but it was the Timbers striking first through Sebastian Blanco in the 17th minute. The Argentine winger cut inside to lose his marker and hammered a right-footed shot into the upper 90 from the corner of the penalty area to put his side ahead.

The Timbers’ fluid attacking midfield kept most of the ball for the remainder of the half, but didn’t create much in the way of scoring chances. Blanco’s strong wing play continuously caused headaches for the Rapids’ backline. He took three shots in the first half after cutting in from his left wing position.

That isn’t to say the Rapids never threatened. They did get a solid chance at goal just before the half time whistle in the form of a Kevin Doyle header that sailed just wide.

Fanendo Adi provided the Timbers with the first chance of the second half when he lofted a shot from point blank range over the bar, but that was the only good fortune his team would see.

The rest of the second half was firmly controlled by the Rapids. They tied the score in the 51st minute when Dominique Badji got free along the left wing after a perfect through pass from Doyle and chipped the ball over Jake Gleeson, who had perhaps come off his line a bit prematurely, and into the back of the net.

Play opened up for a bit after the goal with the Rapids continuing to create chances. Doyle almost fired a header past Gleeson in the 58th minute, but the New Zealander got a hand to it at the last possible moment. The next great one came in the 77th when the Irishman missed a low shot from distance that had beaten Gleeson.

They would earn their winner in the 89th minute. Mohamed Saeid played a picture perfect cross into the penalty area onto the head of  Gordon, who floated the ball over a diving Gleeson.

The Rapids use the win to climb out of last place in the Western Conference. They will host the LA Galaxy next Wednesday night.

The Timbers, meanwhile, miss a chance to go level with Sporting Kansas City atop the West. They sit in second place, three points behind the leaders, with a Wednesday trip to Minnesota United on the horizon and a home Cascadia clash with Seattle Sounders next Sunday.

Kevin Doyle didn’t get on the scoresheet himself, but his assists and constant pressure helped the Rapids bounce back.

There’s no doubt. Alan Gordon’s late header stole all three points and added yet another chapter to his long line of late-game heroics

The Timbers defense continues to be the team’s Achilles heel. Lawrence Olum earns some of the blame late, as he let Gordon get in front of him for the game-winner.