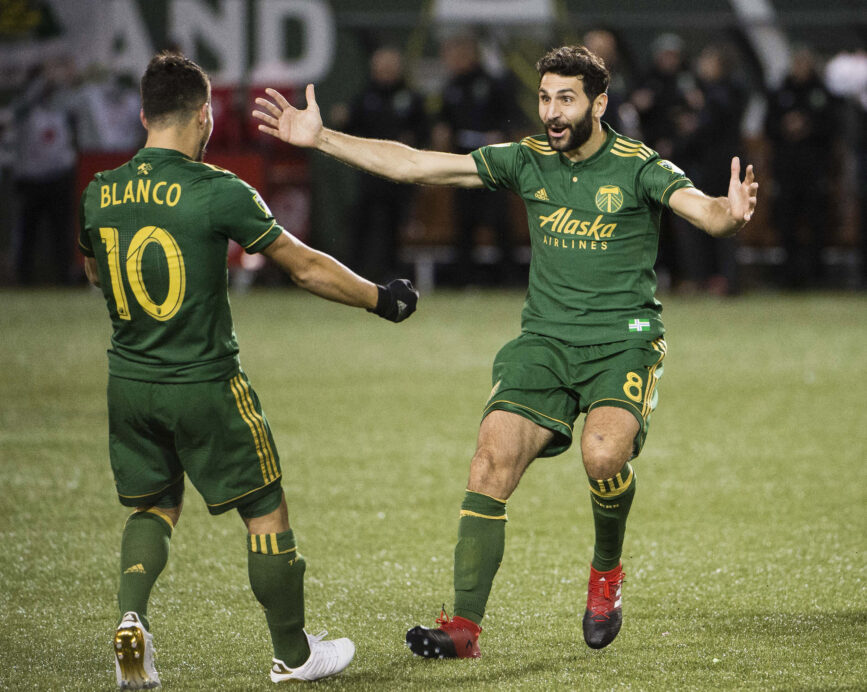 A trio of matches take center-stage this weekend across Major League Soccer with most teams off  on bye weeks.

With the international break in full swing, teams will be a bit weakened, but there are still some interesting matchups on the schedule. A clash between the Portland Timbers and FC Dallas serves as headliner as the two teams jockey for position out West.

Elsewhere, the Chicago Fire and Atlanta United face off while Sporting KC hosts the Montreal Impact.

The Chicago Fire have been a surprise package in MLS this season, and will look to their current six match unbeaten streak this weekend. Their opponents, Atlanta United saw an early first-half lead slip in Vancouver a week ago, eventually losing by a score of 3-1.

The Fire (25 points) are unbeaten at Toyota Park this season, going 6-0-1 so far. Leading scorer Nemanja Nikolic leads the league with 11 goals so far, while Bastian Schweinsteiger has lifted the midfield to a whole other level. Atlanta United will look to playmaker Miguel Almiron (seven goals, four assists) to add to his already solid season.

Saturday’s middle fixture features Sporting KC welcoming the Montreal Impact to Children’s Mercy Park. After suffering back-to-back losses to end the month of May, Peter Vermes; side rolled past Minnesota United, 3-0, last Saturday. Making his first appearance in three weeks, Dom Dwyer came off the bench as a second-half substitute.

The Impact (16 points) have earned some impressive results the past few weeks, which draws them back to level terms record-wise. After back-to-back home wins over the Portland Timbers and New York Red Bulls , the Impact definitely have momentum heading to Kansas City.  Ignacio Piatti leads the team with six goals this season, while recent acquisition Blerim Dzemaili is coming off a game-winning goal last week.

The must-watch match on Saturday comes from Providence Park as the Portland Timbers welcome FC Dallas to town. Two points separate these sides in the Western Conference standings, with both coming off important victories a week ago.