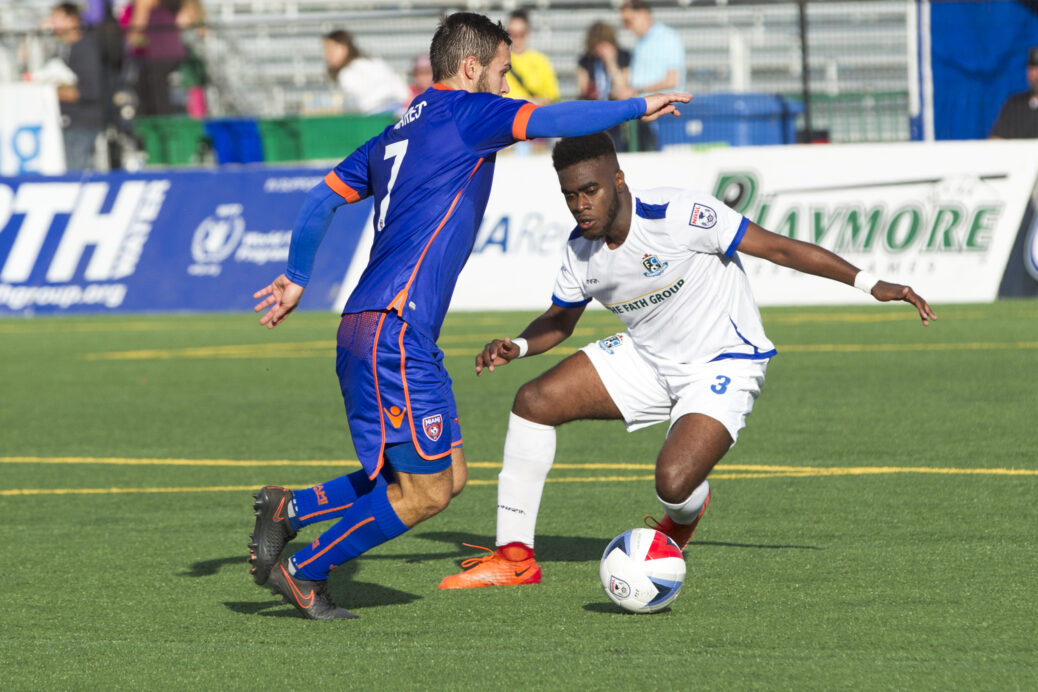 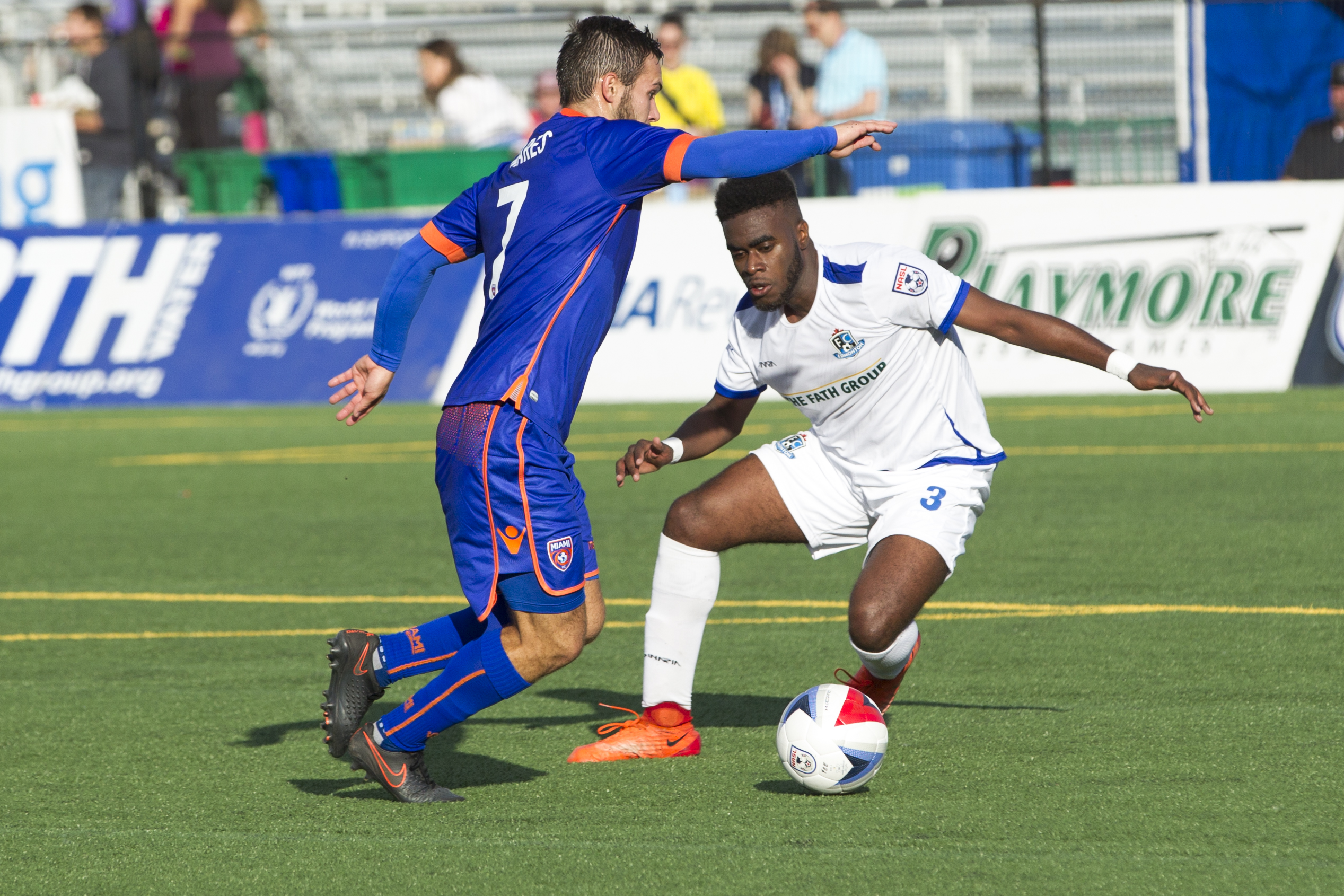 Miami FC registered asixth win in seven matches with a victory over FC Edmonton, the Jacksonville Armada completed a 4-1 rout over Indy Eleven, the San Francisco Deltas stayed undefeated on the road with a 3-1 win over Puerto Rico FC, and North Carolina FC fought against the New York Cosmos to a 2-2 draw.

Here is a closer look at Week 11’s matches:

On Saturday afternoon the New York Cosmos and North Carolina FC battled to a 2-2 draw in New York. The result means that the Cosmos now sit in fourth place in the league table, while North Carolina sits in fifth. North Carolina FC hasslipped down the table in recent weeks, and will hope to score more positive results moving forward.

The Cosmos have done well to get results this season, only losing twice in eleven matches. This tenacity was demonstrated against North Carolina on Saturday, as an 84th minute equalizer from substitute Kalif Alhassan locked up a point for the New York side. On Friday, the Cosmos will stay home to show their grit again against a struggling Puerto Rico FC, which presents a good opportunity for the Cosmos to climb higher up the table.

North Carolina will be happy with a point on the road, but their form over the past few weekends has left much to be desired. North Carolina battled against the New York Cosmos last week to a 1-0 loss, and the point away from home on Saturday is an improvement from that result, but for a team that was competing for top of the table a month ago, a turn in form may seem needed. North Carolina next play on Wednesday against the Houston Dynamo in U.S. Open Cup Play. Facing a tough MLS opponent may be the test that North Carolina needs to get thing back on track.

After a small winless drought, the San Francisco Deltas captured all three points away from home against Puerto Rico FC last weekend. The victory jumped the Deltas into third place in the league table, putting them in sniffing distance of the top of the table. Puerto Rico’s loss keeps them in seventh place and now leading the league in goals conceded.

The San Francisco Deltas captured their first win in four matches to move to third in the table on Saturday. The Deltas’ plan was clear in the statistics, completing 252 total passes compared to Puerto Rico’s 364, and only possessing 39% of possession. The Deltas made the most of their time on the ball, working on the counter at times, and ultimately netting two goals in the first half. The Deltas will play in U.S. Open Cup play on Wednesday against the San Jose Earthquakes before playing FC Edmonton at home next weekend.

Puerto Rico found their first league win of the season last weekend, but that winning spirit did not last long as they were readily beaten by the Deltas on Saturday night. Puerto Rico’s lone goal came in the 65th minute thanks to midfielder Jairo Puerto, but it was ultimately not enough to salvage a result. Puerto Rico will not fly to New York City to play the New York Cosmos on Friday night.

The Jacksonville Armada got back to winning ways in convincing fashion on Saturday night with a 4-1 win over Indy Eleven. The win saw the Armada keep pace with league leading Miami FC, and helped retain hope that Jacksonville might catch up to Miami in the Spring Season standings. Indy, who is the lone team searching for their first league win, will be upset that they did not capture all three points at home, but will hope to keep searching for a win next weekend against North Carolina FC.

The Aermada started the scoring early, with Jack Blake netting a goal in the fourth minute. The goal set the tone for the match, as the visitors went on to score in the 41st, 50th, and 60th minute. While he played, Zach Steinberger did not record an assist or a goal on the night, proving that Jacksonville can get the job done without their leading scorer.

Indy Eleven sit at the bottom of the table, having conceded the most goals in the league and still without their first league win. Early on, Indy looked slightly out of sorts, conceding an early penalty that defined the rest of the match. Indy will stay at home next weekend, as they continue the hunt for their first league win against a weary North Carolina FC, who play in U.S. Open Cup action on Wednesday.

Miami FC stayed unbeaten on the road on Saturday night against FC Edmonton, thanks to a late goal from forward Vincenzo Rennella. Rennella has scored in six of the last seven matches in all competitions for Miami, and sits in second in the league for goals and assists. The match was an exciting affair, with the Miami goal coming for some time. The Eddies will be unhappy being blanked at home and will hope to bounce back next weekend.

Miami kept rolling on Saturday night with another win, this time over the Eddies, away from home. Sitting atop the table, and clear by five points, Miami is strengthening their case for best team in Division 2. Miami has now scored the most goals in the league, conceded the fewest goals in the league, and possesses the best goal differential in the league as well, putting on display their dominant season so far. Miami will hope to take this positive momentum in their match on Wednesday against Orlando City SC in U.S. Open Cup play.

The Eddies are coming off of a convincing 4-2 away win against the New York Cosmos, and the loss to Miami, while not surprising, will certainly be upsetting, especially at home. Next weekend, the Eddies will hope to get back on track against the San Francisco Deltas, who will be tired from their midweek U.S  Open Cup match. Sitting in sixth in the league, the Eddies will need to string together a number of wins if they any hope to have a chance at the Spring Season title.