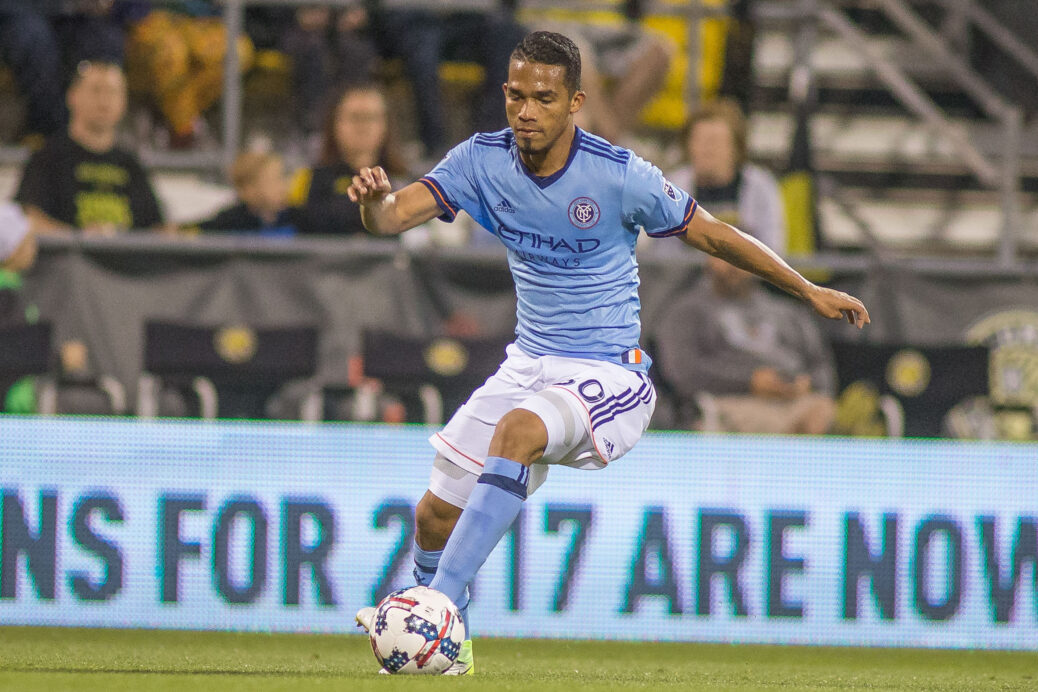 While his Venezuelan teammates celebrated their performance in the U20 World Cup with an excursion to Paris, 19-year old Yangel Herrera instead caught the first flight back to New York and re-connected with the first team at New York City FC.

“Before joining the national team, I felt a little distressed for leaving my club at the moment we were,” said Herrera through an interpreter. “We had won two straight games and I was a bit sad at the World Cup for that. But now that I return I come with the best of energy for having made a great World Cup.”

Herrera scored the decisive goal in the Round of 16 match against Japan – a head ball finish in the 108th minute that assured Venezuela their deepest run in World Cup history. His conversion in the penalty kick shootout versus Uruguay propelled La Vinotinto to the championship match where Venezuela suffered a close 1-0 loss to England. Herrera, who wore the captain’s armband for each match, was awarded the Bronze Ball as the third-best player of the tournament. He played every single minute of the seven matches representing a country under siege in the midst of anti-government protests that has led to the death of dozens since April.

“Yes, its something historic for our country for what we’ve been able to accomplish in the World Cup and we received unconditional support,” said Herrera. “We gave our country a lot of happiness in these very hard and difficult moments. People could forget about the problems we have in our country and we gave them a huge satisfaction and happiness in the history of Venezuelan soccer.”

His emotions were evident as he stood on the training pitch in Purchase, New York, knowing that his family is faced with daily strife and unable to share in his American experience.

“My family is ok within reason for what is happening in the country, he said. “Its been very hard for me at this time to be here without them. I can’t bring them because of visa problems and the way the situation is in the country its very hard for them to fix that.”

For now, Herrera looks to build on the performances that supplanted Andrea Pirlo from the starting XI before his departure. Herrera has one goal and one assist in his five matches while Pirlo has failed to earn a point in eight matches.

“Now I come to the club to continue strengthening what I did in the World Cup,” said Herrera, who is on loan from Manchester City. “Having a great tournament and the remainder of the league here, I think that without a doubt I would have to go to Europe, which is what I aspire and always long for.”

Head Coach Patrick Vieira claimed that Pirlo would be in the squad of 18 for Saturday’s home match versus the Seattle Sounders, while playmaker Maxi Moralez will not be available. Moralez left the U.S. Open Cup match on Wednesday late in the first half with a calf strain.

“When we lost Maxi for the second half, it was difficult for us to keep the ball,” said Vieira following the 1-0 loss to the New York Red Bulls. Arguably, the 30-year old Argentine has been the club’s most valuable player.

“Maxi’s been really important for us – on and off the field,” said Vieira. “He has a really good influence on the younger players. And he will continue to influence us going forward.”

Vieira suggested that Pirlo and Herrera will be considered to fill the No. 10 role.

“Andrea played there in Italy when he was younger,” said Vieira. “And Yangel can play any of the midfield positions. Because of his game understanding, his technical ability and he’s got the physicality as well to be the No. 10.”

At training on Thursday, Vieira welcomed four players back from international duty: Herrera, Maxime Chanot, Rodney Wallace and Ronald Matarrita.  Chanot’s return to the lineup appeared questionable after he pulled himself 20 minutes into Luxembourg’s World Cup qualifier against the Netherlands on Friday. The hamstring injury had lingered from the Philadelphia Union match prior to the international break. The center back had sent a deep service to Jack Harrison in the first half and immediately grabbed his right hamstring.

“I finished the game because I could not let my teammates down,” said the vice-captain. “I’ve had a chance to recover over the last week or ten days and today I’m feeling good.”

Matarrita, who has missed eight of the last nine matches with a high ankle sprain, did not play in either Costa Rica qualifier and looked fresh in the early portion of the session before re-injuring his ankle. He is doubtful for the Seattle match.