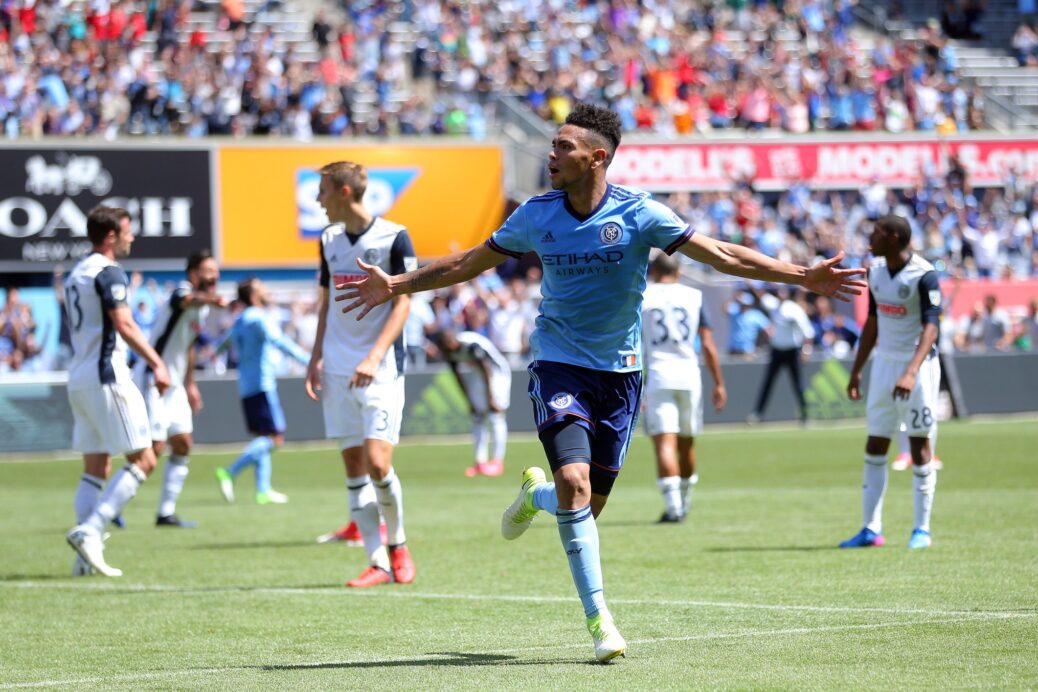 New York City FC needed some time to get back into the swing of things, but a pair of goals from Maxime Chanot and Alexander Callens helped them rally from a 1-0 hole en route to a much-needed 2-1 win Saturday in the Bronx.

After a mostly dull first half, the Union got on the board in the 69th minute on a goal by Fabrice Picault.

NYCFC rallied back to tie the match at one goal apiece on Chanot’s header  of a Maxi Moralez corner in the 80th minute. The goal was Chanot’s first in MLS

Just a few minutes later, Alexander Callens tapped in a ball past Union keeper Andre Blake to put NYCFC ahead 2-1. Blake deflected the initial shot on goal, but Callens was there to tap the loose ball into the back of the net. It was also his first MLS goal.

The biggest thing was NYCFC finishing strong in the final minutes. Unlike in Wednesday night’s draw with the New England Revolution, NYCFC managed to keep the Union from scoring the equalizer at the end as goalkeeper Sean Johnson made a few key saves in the final minutes to preserve the win.

NYCFC (7-5-3, 24 points) will now have the week off and will return to action on June 14 when they take on the New York Red Bulls in U.S. Open Cup play at Red Bull Arena. The Union (4-6-4, 16 points) lose back-to-back matches for the first time since the beginning of April. They take on the Red Bulls at Talen Energy Stadium on June 18.

NYCFC defender Maxime Chanot made several key stops on Union attacks throughout the day. His header in the 80th minute tied the match for NYCFC and gave them momentum to spark the come-from-behind win.

NYCFC’s Alexander Callens’ go-ahead-goal in the 85th minute gave the Blues the 2-1 win and, more importantly, the three points for the standings.

For all the key saves that Philadelphia Union keeper Andre Blake made throughout the match, he couldn’t finish strong, allowing the two goals in the final 10 minutes.