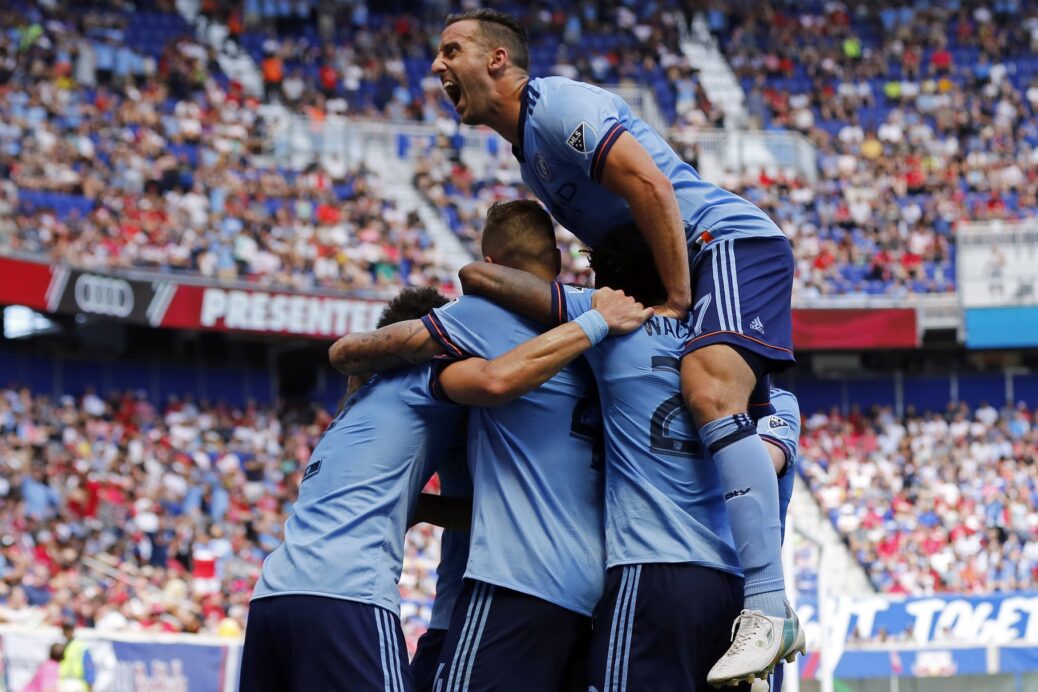 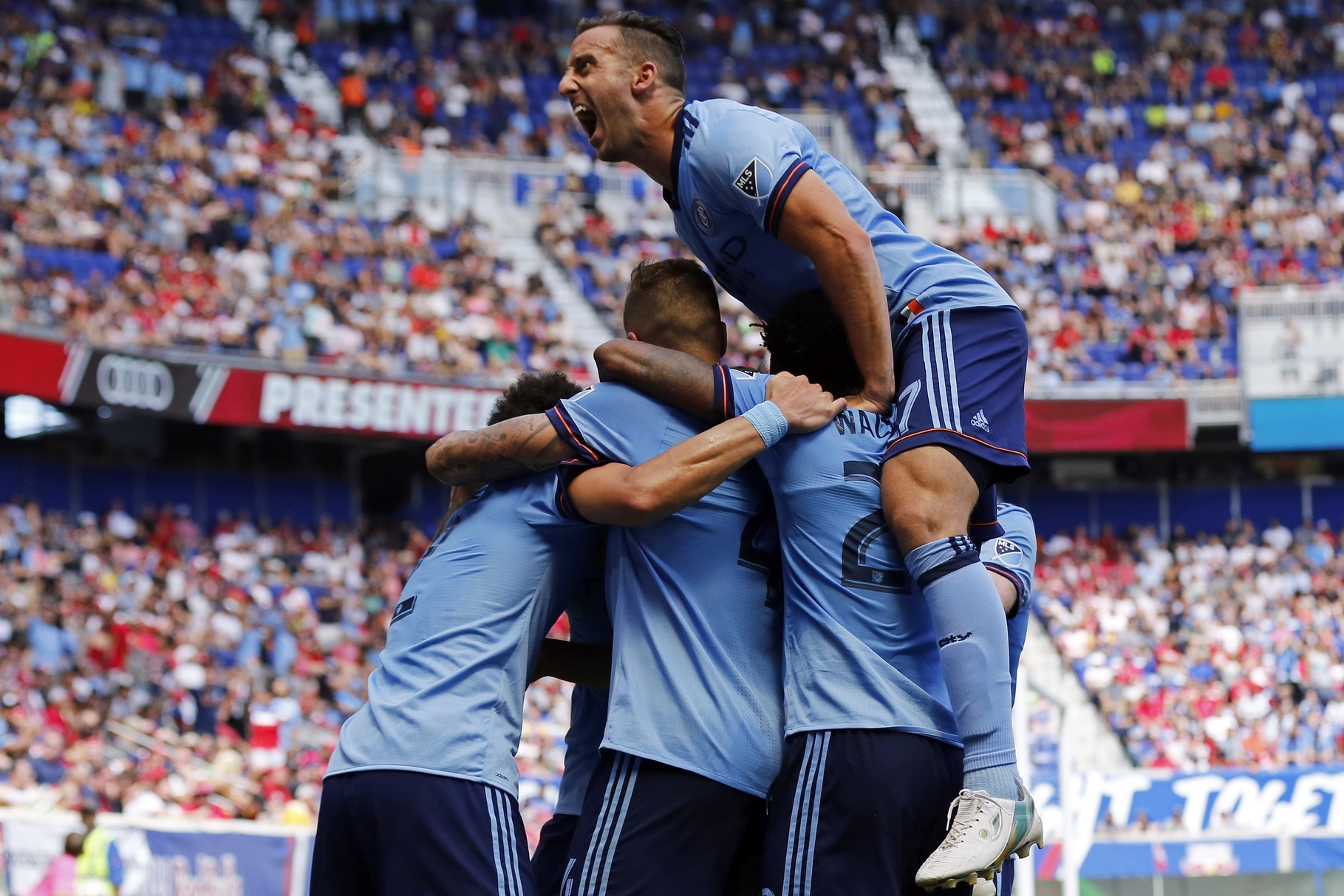 The message on the white board inside New York City FC’s locker room said “what are you willing to sacrifice?”

On Saturday, the once bullied Blues became the bullies.

NYCFC’s 2-0 win at Red Bull Arena on Saturday saw them play a style they haven’t played before: physical with desire.

“It was a game that, during the week, we came out with a good game plan,” NYCFC head coach Patrick Vieira said. “We played against a team that runs for 90 minutes, pressing really high, making it difficult for the opposing teams.

“We made it really difficult for them, we forced them to play the long ball, we were present for the second ball and I think that’s a reason why we were able to win the game. We were able to match their desire and their competitiveness.”

The win was the first in New Jersey in the history of the club and it puts it a clear seven points ahead of its cross-Hudson rivals in the Eastern Conference standings. But how the club won showed that it has attitude and can play physical when the time calls for it. It wasn’t “beautiful football” as Vieira said he wants to play. It had guts, grit, physicality, and attitude.

It was as if they were giving the Red Bulls a taste of their own style.

From winning duels in the midfield, the numerous amount of tackles by NYCFC, the physical and clutch defensive play inside their own third when the Red Bulls were creating chances, NYCFC found a way time and time again to step up to the challenge against their rivals – a different look than when the Red Bulls are the ones bringing the physicality, or as Vieira calls it, the competitiveness.

“We look at all the games we played against the Red Bulls previously and they always wanted it more than us and that is unacceptable in our 11,” Vieira said. “Because if you want to win football matches, you have to match the competitiveness of the opposing team and I think today we did it brilliantly.”

Ben Sweat scored his first MLS goal for City on Saturday, curling in a header from the wing just past Red Bulls keeper Luis Robles to put NYCFC up 2-0 late in the second half. The fullback has started to see more time in Vieira’s starting XI, and he knew the magnitude of his goal and the match overall.

“We were ready for it,” Sweat said. “Anybody who’s played any derby match around the world knows it’s going to be a grind and the board said sacrifice and I think we sacrificed more as a team today and we’re on top as the result.

“This is our second big win in a row. It’s massive for us and I think we got to keep this going and prove and show that we’re one of the top teams in this league and getting wins like this is going to prove that.”

Now the goal for NYCFC is to use the desire and physicality showed on Saturday for the rest of the regular season.