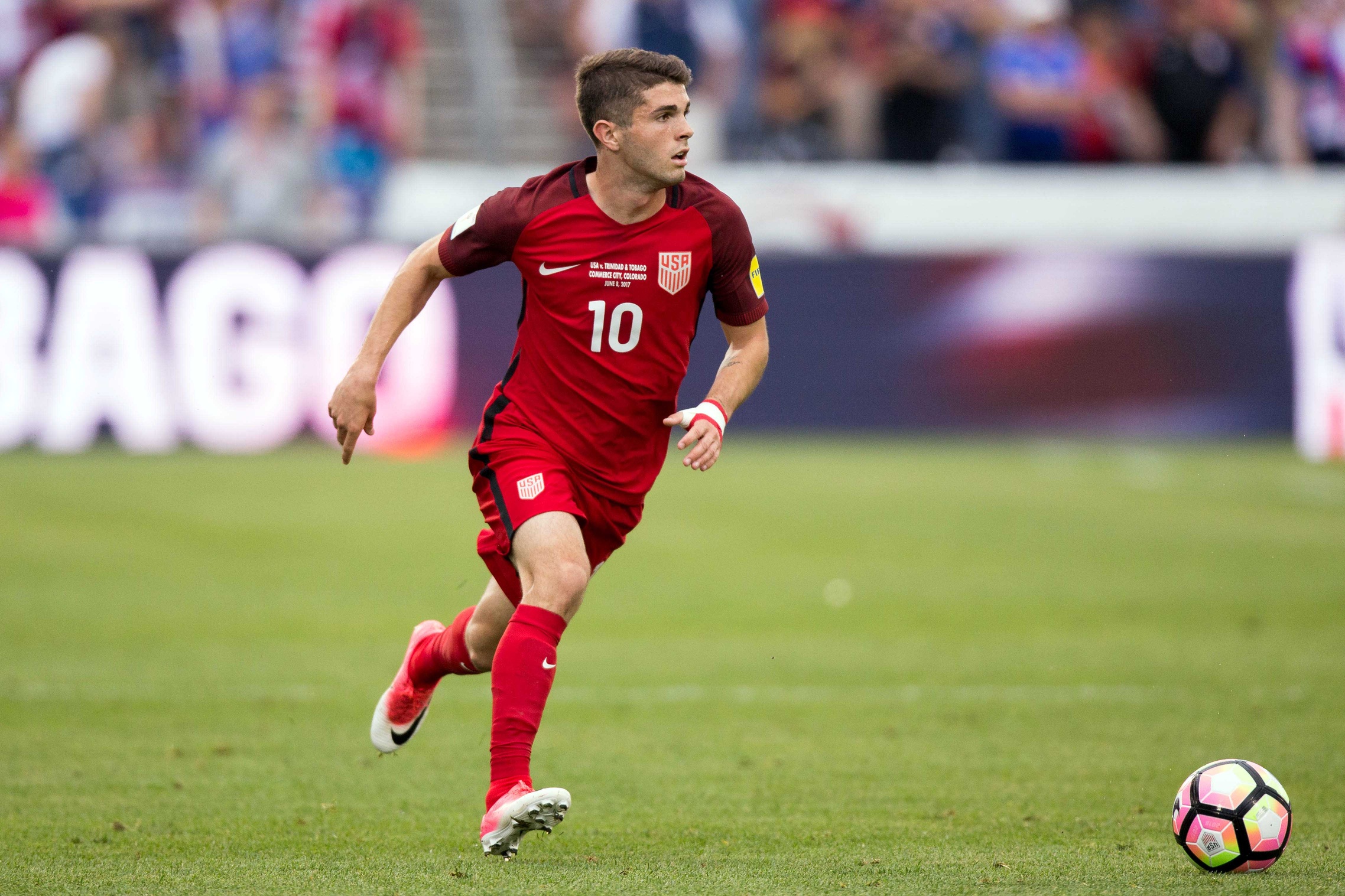 The U.S. Men’s National Team took care of business on Thursday, and it was the team’s present and future star that proved the savior.

The 18-year-old phenom wrote the latest chapter in the growing early chapters of his legacy in the 2-0 victory over Trinidad & Tobago on Thursday night in the Hexagonal round of CONCACAF World Cup qualifying.

Pulisic scored in the 52nd and 62nd minutes to U.S. into third place on a temporary basis in the Hex.

The display of  class from the Borussia Dortmund settled the nerves inside the home of the Colorado Rapids and ensured the pair of World Cup qualifying matches will go down as a success, even if the USMNT loses on Sunday in the impenetrable cauldron that is the Estadio Azteca.

Neither the USMNT or the visiting Soca Warriors put together an impressive first 45 minutes, but there were plenty of chances created on both sides of the field. Kenwyne Jones struck the crossbar with a headed attempt in the 30th minute, a moment that encapsulated the USMNT’s porous defending on a few occasions during the victory.

After strolling through the first 15 minutes, the USMNT created a solid stream of chances, only to be turned away by the play of Jan-Michael Williams, who made six first-half denials against the home team. The best chances came through the wings, where Jorge Villafana and DeAndre Yedlin took advantage of the T&T defensive setup. However, the forward pairing of Clint Dempsey and Jozy Altidore failed to impress in the opening stanza.

The frustration from the first half turned into overwhelming celebration seven minutes into the second half, when Pulisic got on the end of a Yedlin cross to finally beat Williams. Darlington Nagbe was the creator of the goal, as he worked well through midfield before dishing out to Yedlin. The Newcastle United man, who also had a decent night in defense, picked out Pulisic to ease the growing amount of pressure insider the stadium.

The American wonderkid burst through the T&T back line 10 minutes after his opener on a finish one would expect to come from a wily veteran with over 50 caps. Pulisic latched onto an Altidore pass as he rounded a defender and coolly slotted past Williams for his seventh-career international tally.

Pulisic’s masterful finishing will be the main talking point from the contest, but the Americans still have plenty to improve if they want to earn a point out of Mexico City in three days time. The defense looked shaky at times, and John Brooks did not cover himself in glory, even when his side went up by a pair of goals.

The lapses in defending shown by the Wolfsburg center back will lead to goals and concrete chances on Sunday night, and the Americans can’t have another lackluster showing out of their forwards. Altidore did record an assist, but he was poor for the rest of the match, as was Dempsey in pursuit of tying the American all-time scoring record.

The pair of Pulisic goals allowed Arena to pull Dempsey in the 61st minute, which could mean another starting role for the forward on Sunday in a match where all of the training at altitude over the last two weeks will have to pay off.

The loss all but ended the World Cup hopes of the Soca Warriors, who have been mired at the basement of the Hex since play opened up in November. It’s going to take a miracle for them to even have a chance to qualify the next time they meet the USMNT on October 10 in Port of Spain.

Arena’s USMNT moved to 2-1-0 at home during the Hex, and it has outscored Honduras and T&T, 8-0, in the last two home contests. Costa Rica and Panama await at home in the fall, two games the Americans will have their eyes to grab points and qualify for Russia after Sunday’s match in Mexico City.