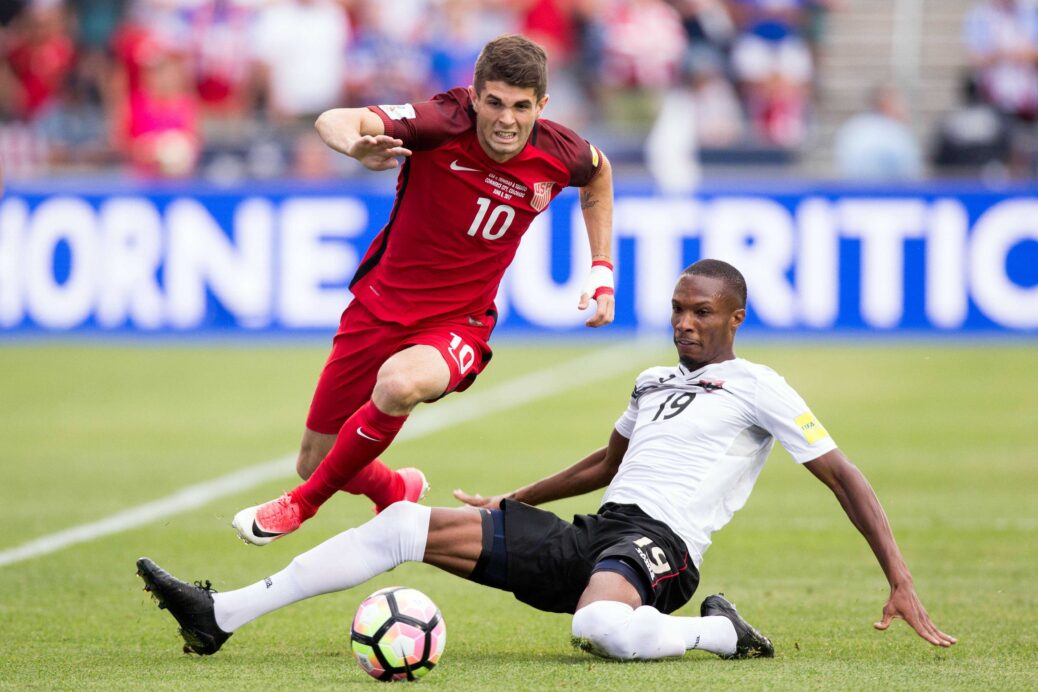 The youngest member of the U.S. Men’s National team continues to step up when the team needs him most.

After a dreary first-half performance from the U.S., Christian Pulisic fired a pair of second half goals, leading the U.S. to a 2-0 win over Trinidad & Tobago. The effort helped the U.S. pick up three vital points in World Cup qualifying while earning Pulisic honors as SBI USMNT Man of the Match.

Pulisic was among the more active USMNT attackers throughout a lackluster first half as he repeatedly tried to drive at the T&T backline. The Soca Warriors responded with physicality as Pulisic was repeatedly fouled throughout the match. It wasn’t enough to keep him off the scoresheet, though. His first came just seven minutes into the second half as his run onto a DeAndre Yedlin cross was finished off with a close-range goal. His second came 10 minutes later, as he darted past the T&T backline before finishing near post to seal the win.

The 18-year-old’s brace earned him recognition as SBI USMNT Man of the Match, beating out Jozy Altidore, Darlington Nagbe and Jorge Villafana for Thursday’s honors.

What did you think of Pulisic’s performance? Which player stood out to you on Thursday?