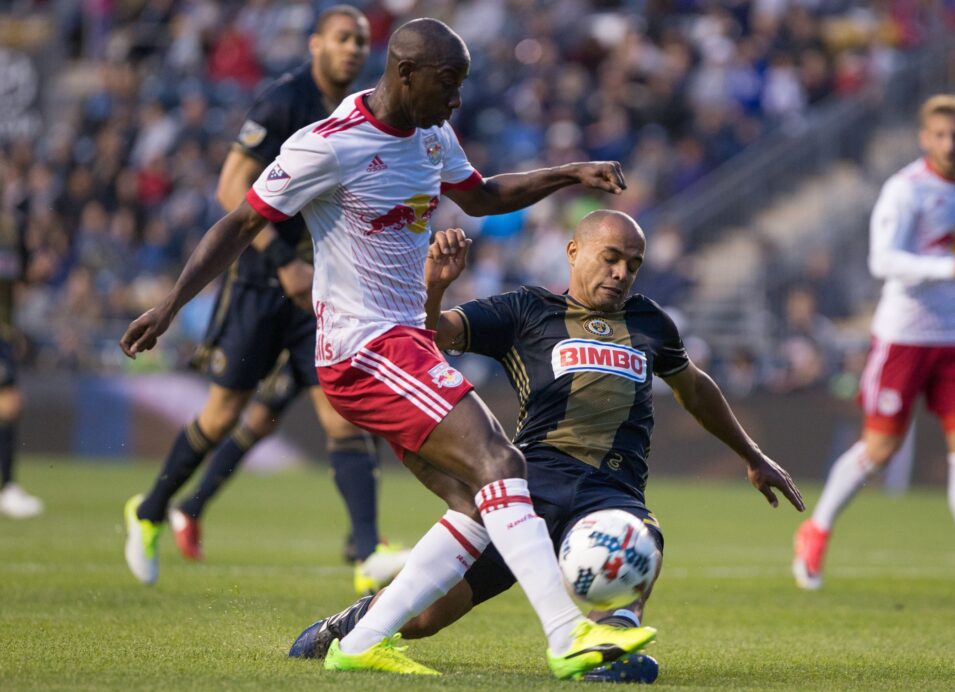 The U.S. Open Cup Round of 16 begins on Tuesday night with an all Western Conference showdown taking place in Frisco kickstarting the festivities.

On Wednesday, 14 other clubs will fight to book their place into next month’s quarterfinals. Three lower league sides remain in the competition with FC Cincinnati, Miami FC, and Republic FC all in action on Wednesday.

Here is a closer look at all this week’s U.S. Open Cup action:

The tournament’s defending champions, continue their run for a second consecutive Open Cup crown. Standing in their way on Tuesday are the Colorado Rapids, who are coming off back-to-back league losses. Both sides avoided upsets in this competition so far, with FC Dallas needed a last-minute own goal to defeat the Tulsa Roughnecks in the fifth round.

FC Dallas is the favorite, especially being at home where the team has only lost once in MLS play so far. The Rapids could make it interesting, but they will need a full performance to do so.

The Houston Dynamo have been dominant at home this MLS season, but face a stern test on Wednesday with Sporting KC coming to town. Wilmer Cabrera’s side barely got away with a fifth-round win against North Carolina FC, and should see more starters coming into the line-up on Wednesday.

As for the visitors, they are coming off a 4-0 thrashing of Minnesota United earlier this month. Sporting KC is looking for a fourth U.S. Open Cup title.

Last season’s runners-up, the New England Revolution made easy work of the Rochester Rhinos back on June 14. Looking to make it back to the final, Jay Heaps’ side welcome a D.C. United team coming off a weekend defeat in MLS action.

Ben Olsen and co. needed the introduction of several first-half regulars to eliminate Christos FC in the last round. Playing at Harvard University should be an interesting experience, but a strong run in Open Cup play could help D.C. turn their MLS struggles around.

The sole remaining NASL side left in the tournament, faces off with one of MLS’ newest expansion sides. After eliminating Orlando City in the previous round, Miami FC will look to oust another top-flight side on Wednesday evening.

Atlanta United has a tough test on their hands, traveling to the current leaders in the NASL’s Spring Season. With Josef Martinez unlikely to feature as he returns to fitness, that means several other key players will need to step up.

The ‘Demolition Derby’ now turns to the Open Cup, as the Union travel to Red Bull Arena on Wednesday evening. Jim Curtin’s side fell, 2-0, to the Red Bulls at Talen Energy Stadium on June 18 and the Union will look to exact revenge in cup play. After falling in both the 2014 and 2015 finals, the Union will look to vanquish their ghosts in 2017.

Despite a derby defeat against NYCFC last weekend, Jesse Marsch’s side is favored at home. Also, with their next league fixture not until July 5, the Red Bulls starting line-up could see more starters than usual. Bradley Wright-Phillips is coming off a two-goal performance in the last meeting on June 18.

After eliminating the Columbus Crew in the fourth-round, FC Cincinnati believe they can do the same to the Fire. In front of a noisy crowd, the underdogs will look to frustrate the visitors who are on a great run of form.

The Fire are 8-1 in all competitions since May 13th, and will be favorites to silence the Cincinnati crowd on Wednesday. With ESPN picking up the match for national broadcast,  it will be a must-watch match at Nippert Stadium. David Accam is coming off a hat trick last weekend, and will be expected to get after the lower league side.

With a California Clasico coming this weekend, Curt Onalfo may look to youngsters again on Wednesday against Sacramento Republic FC. Breezing by Orange County SC in the fourth round was expected, but the visitors could provide a much-tougher task at Stubhub Center.

Sacramento is no pushovers eliminating Real Salt Lake, 4-1, in the previous round. If the Galaxy field a younger side, then the visitors easily could have a go at making it to the quarterfinals.

Western Conference foes strap up for what should be a tasty late night showdown in San Jose. For the Earthquakes, Wednesday will be the first match without Dominic Kinnear, who was relieved of his duties on Sunday.

The Sounders scraped a late point in Portland on Sunday in MLS play, but the Sounders are 1-6-3 on the road this season. They should have what it takes to advance to the next round, but they will need a focused performance at Avaya Stadium.