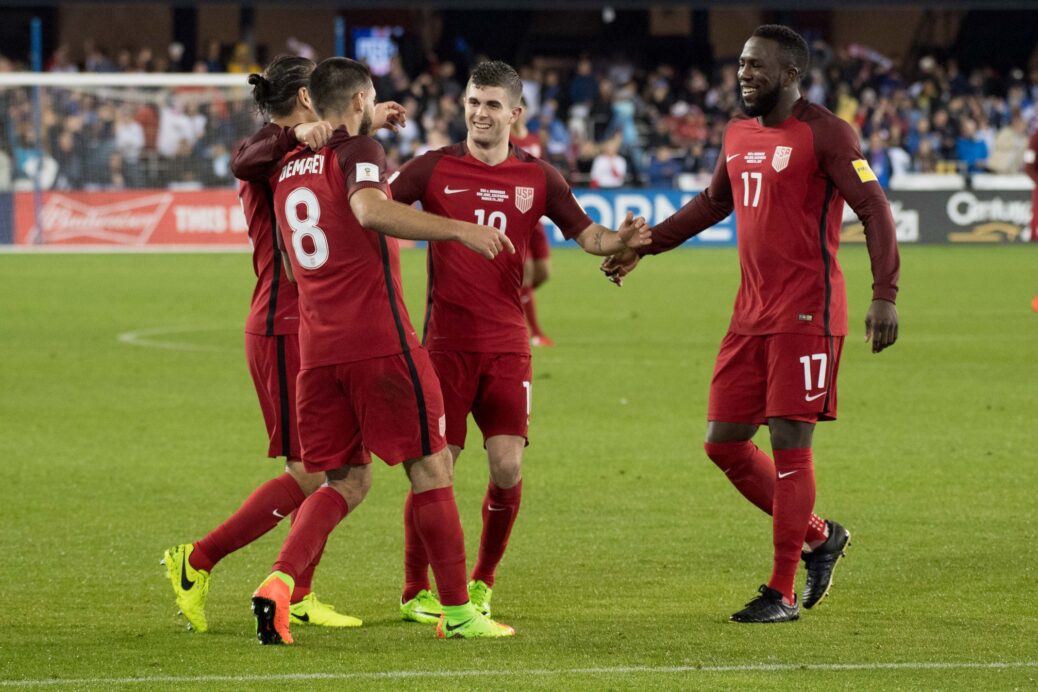 With two vital World Cup qualifiers against Trinidad & Tobago and Mexico looming, the U.S. is set to take on Venezuela on Saturday at Rio Tinto Stadium. It’s a warm-up, an exhibition, ahead of two vital matches as the U.S. looks to find fitness and confidence with World Cup qualifying set to resume.

It’s not a must-win. You can save that label for for next Thursday’s match against T&T or maybe the match against Mexico three days later. However, the importance of setting a tone cannot be understated for a group still adjusting to lots of new faces and new ideas.

“It’s very important to get a good result,” said Dax McCarty, one player recently brought into the fold under Bruce Arena. “Being at home and going into two important qualifiers, you want to win to get confidence. Every time you’re at home, you expect to win the game. It will be a good thing for us to test some of the things we’ve been working on in training. The coaching staff has done a good job of introducing a couple new ideas to us where we need to be flexible in these two games.

“It’s just making sure we’re sharp in possession when we do get it and we’re tight defensively. Those are the big principles we’re working on and hopefully we can carry those over into the game and use the Venezuela game to practice the things we’ve been working on.”

The matches against T&T and Mexico will be two very different games. Against the former, the U.S. should have a majority of the possession as they look to stay sharp and break down a resolute Soca Warriors defense. Against the latter, they can expect wave after wave of attack as El Tri is spurred on by the raucous Azteca crowd.

Venezuela? Well, they offer something somewhere in the middle. Though eliminated from CONMBEBOL’s World Cup qualifying, Venezuela was a quarterfinalist at the Copa America last summer. The features some big players in some big leagues with burly West Brom forward Solomon Rondon leading the charge. They’re not the strongest South American team, not by a long shot, but they should be able to mimic aspects of both Mexico and T&T’s styles all within 90 minutes.

Then there’s the altitude. The T&T match is set for Dick’s Sporting Goods Park, and the Colorado altitude that comes with it. A match at Rio Tinto Stadium will help adjust to that altitude while giving the team a taste of the fitness levels required to navigate it.

“Obviously, a big thing here with being at altitude is getting your body to adjust,” McCarty said. “It’s never easy. You’re a little bit short of breath there for a few days but now, we’re a few days into training, you can tell guys are getting sharper. Guys are starting to catch their breath a little easier and the sessions have been really sharp.

“It’s been good. It’s good to get in with the guys,” added Jordan Morris. “It’s alawyas an honor to come in. Everyone is on the same page looking at the game this weekend and then the two qualifiers. It’s good to get out here and get used to the altitude.”

The other adjustment isn’t external but rather internal. Several familiar faces have joined camp for the first time under Arena, including potential starters in Fabian Johnson, Bobby Wood and DeAndre Yedlin. There’s an adjustment period required as faces both old and new look to find their spot in the U.S. lineup.

There are players like McCarty and Jorge Villafana, who are through with the USMNT after being largely ignored by Jurgen Klinsmann. Then there’s Clint Dempsey, on the precipice of Landon Donovan’s goalscoring record after missing several months due to his heart issue.

Those adjustments begin against Venezuela. Arena will no doubt do some shifting, as the coach already stated that he anticipates that he will take full advantage of substitution rules for friendlies. However, it’s a start, one that the USMNT hopes will set them on the road to a successful set of June qualifiers.

“It’s been great. It’s been fantastic,” McCarty said. “Being in the hotel together, being able to get dinner together, getting to know some of the guys from Europe a little bit better, it’s been fantastic. The energy of the group is really good. It’s really light.

“The atmosphere isn’t tense at all. We realize there are two very important games, two games where we’re looking to get three points, but we don’t feel any major pressure. We put pressure on ourselves to get good results, but the good thing is that the coaching staff keeps it light and training has been sharp and short. We’re making sure we’re ready to go when that game against Trinidad comes around.”