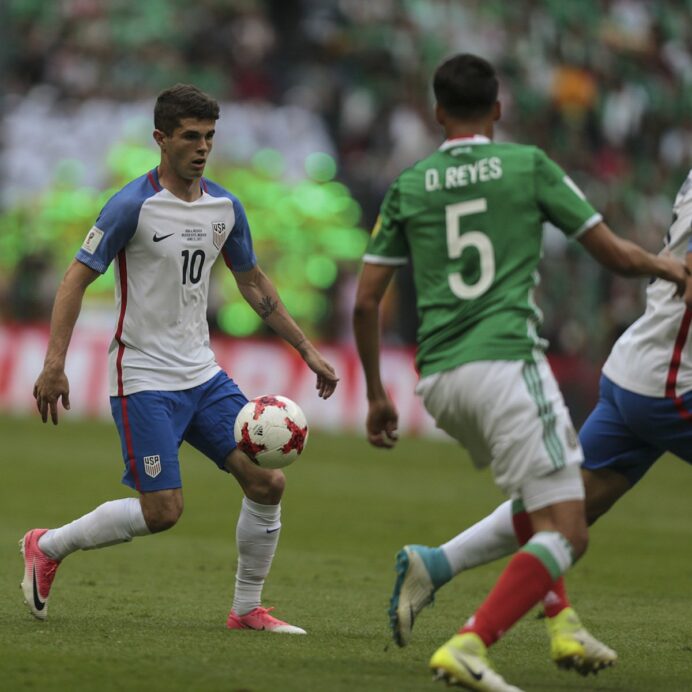 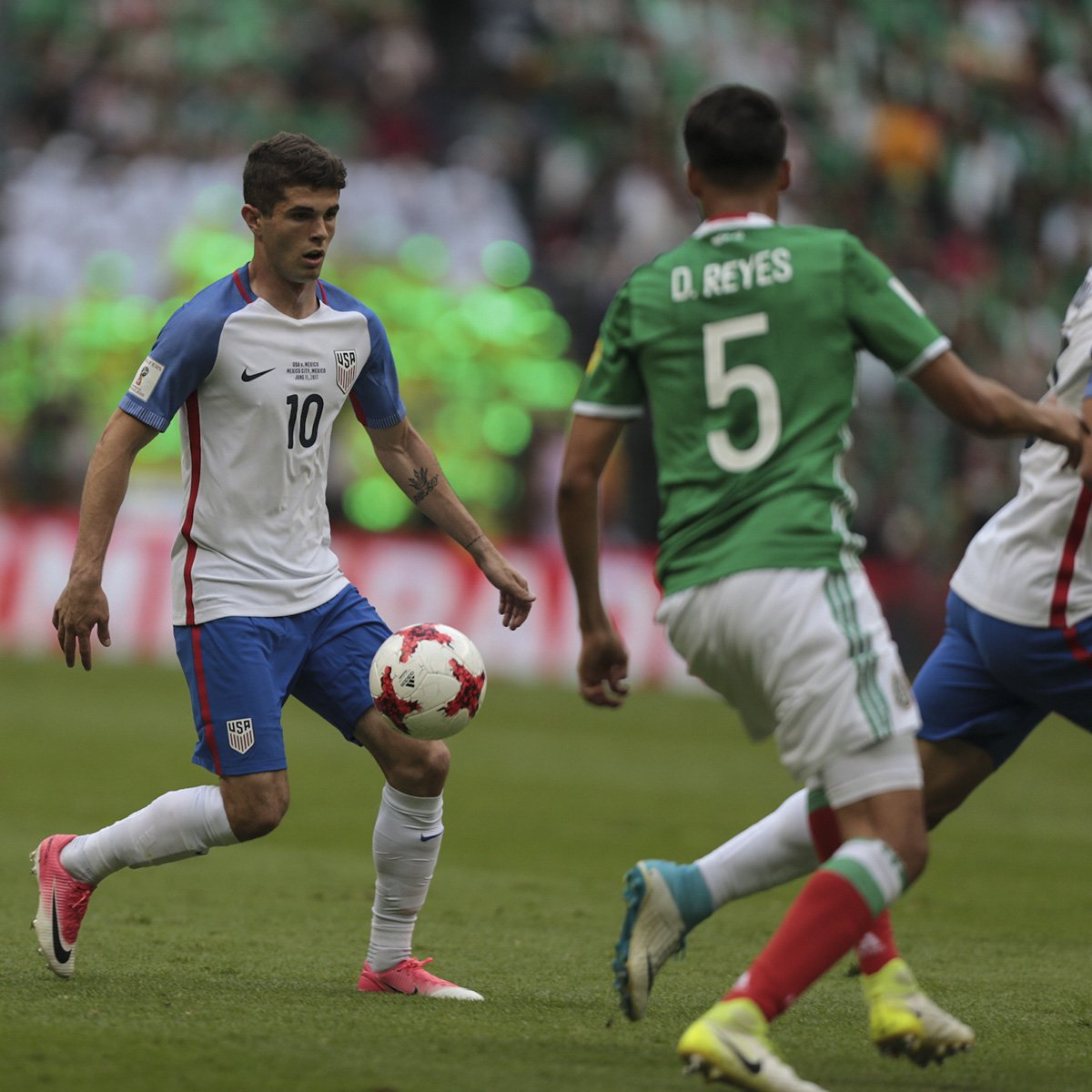 The U.S. Men’s National Team was playing with house money on Sunday, knowing any sort of result would simply be a bonus following a big win on Thursday. Despite being pinned back for large stretches, the U.S. sealed that bonus in the form of a vital point.

Michael Bradley’s early stunner gave the U.S. a lead just moments into the game, but Carlos Vela’s equalizer helped El Tri earn a 1-1 draw at the Estadio Azteca. The draw gives the U.S. eight points through six games, level with Costa Rica for second place. Mexico, meanwhile, remains atop the table with 14 points despite the disappointing home draw.

The match started with the expected level of physicality, but it was the U.S. that got off to the ideal start through Bradley’s stunner. After picking up the ball in midfield, Bradley split Mexico’s central defenders before lofting a shot toward goal from 40 yards out. Guillermo Ochoa was caught well off his line as the ball dropped into the net to give the U.S. a dream 1-0 lead.

Several hard fouls highlighted the first half, along with plenty of chances. Bobby Wood’s whiff on a corner kick served as one of the better ones but, just seconds later, Mexico was back into the match with a goal on the other end.

Spurred on by a Javier ‘Chicharito’ Hernandez run through the middle, Mexico drove end to end rapidly, leaving the U.S. scrambling. Eventually, the ball came to Carlos Vela and, with no one between him and the goal, the Mexican winger placed a shot into the lower corner to level the scoreline.

It was a match which saw Mexico dominate, keeping a bulk of the ball. The U.S. was regularly pinned back, but Mexico struggled to generate true chances throughout the 90 minutes. Bruce Arena’s decision to rotate in seven new starters gave the U.S. fresh legs to defend while the five-at-the-back formation helped frustrate Mexico in the final third.

Unsurprisingly, the first half was defined by its physical nature. Hard fouls were the norm and scattered throughout the first 45 with the stretcher coming onto the field twice in rapid succession. Marco Fabian had to be carted off due to an apparent knee injury and, just moments later, DaMarcus Beasley refused the cart and hobbled off the field. Both players ended up returning to the match.

The physical play continued in the second half, although slightly toned down. An Omar Gonzalez chance early in the half was among the better ones for the USMNT, while Hector Herrera’s 72nd free kick smashed off the crossbar and out for a bit of USMNT good fortune.

Good fortune extended to Mexico just moments later as Bradley saw a shot of his own clang off the post. Once again firing from long range, Bradley’s shot beat Ochoa but not the right post, bouncing out for a goalkick. Christian Pulisic’s shot in the dying moments gave the USMNT one final chance, but it went just wide as the U.S. held on for a draw.

With this round of World Cup qualifying over, the USMNT returns to action July 1 against Ghana ahead of this summer’s Gold Cup. As for World Cup qualifiers, the U.S. looks ahead to September’s return home against Costa Rica at Red Bull Arena.