Who should the USMNT start against Trinidad & Tobago? 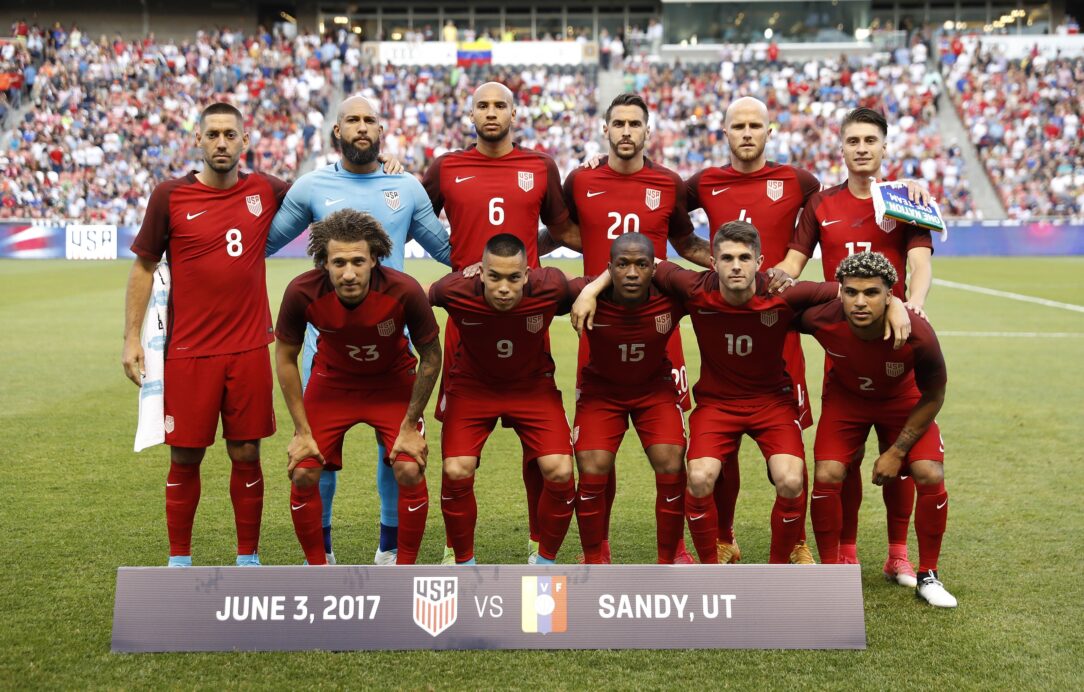 Bruce Arena has much to think about over the next few days. The U.S. Men’s National Team faces two of the biggest matches of the World Cup qualifying cycle in rapid succession while battling short rest and altitude along the way. There will no doubt be some shuffling required from Arena, who is charged with helping further the USMNT’s World Cup push with results over the next few days.

The first of those results must come on Thursday as the U.S. plays host to Trinidad & Tobago at Dick’s Sporting Goods Park. The U.S. will be favored to snag points from the Soca Warriors, who currently sit last in the Hexagonal. It’s a match where the Americans will need to be at their best, though, as the Soca Warriors possess a dangerous, rapid counter attack that could cause problems for the backline.

A potential injury to John Brooks serves as a concern for the U.S., who is relatively healthy for the first time under Arena. Brooks, though, may be ready to go, giving Arena a full complement of stars heading into Thursday’s match.

Here’s a look at one possible USMNT lineup for Thursday’s match: 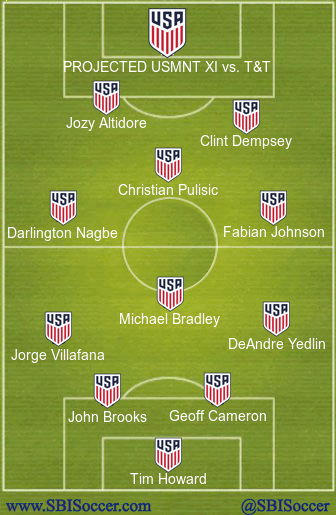 A majority of the lineup is locked in, but there are some tweaks to be made. Arena recently said he doesn’t expect the exact same XI for both the T&T game and the Mexico visit, and it makes sense given the tasks at hand. Against T&T, the U.S. will have a bulk of the possession and will need more creative options. Against Mexico, the U.S. will need to be quicker and more decisive as they likely look to get out on the counter.

With that in mine, one would expect to see the diamond 4-4-2 formation again as it gives the U.S. the weapons and setup to attacking the T&T defense from a variety of angles. Up top, you’ll likely see Jozy Altidore and Clint Dempsey with Bobby Wood serving as a bench option. Altidore is the USMNT’s all-time leading scorer against T&T and his ability to batter his way through the Soca Warriors defense will be valuable while Dempsey, one short of the USMNT’s all-time goalscoring record, provides creativity on the ball against what will likely be a bunkered defensive unit.

Wood’s game, meanwhile, will likely be a better fit for the Mexico game while Dempsey’s likely will not. It’s a logical switch and one that makes the best use of the USMNT’s depth at the forward position.

Then there are shifts to make defensively. If there is a single shred of doubt regarding John Brooks’ health, you have to keep him out for this initial match. His status against Mexico is far too important to risk him in a T&T match that will likely require significantly less defending. Yes, the Soca Warriors are dangerous on the counter and, yes, Thurday’s match is all but a must-win, but someone like Omar Gonzalez should be able to get the job done. That allows you to save Brooks for Mexico, a match where the U.S. certainly could deploy the three-at-the-back formation they unveiled for a bit against Venezuela.

As for the rest of the team, Christian Pulisic will once again be a vital piece. He’s shown well from the No. 10 spot so far and his ability to beat players one-on-one should open up gaps within the defense. The same could be said for Fabian Johnson and Darlington Nagbe, even if the two were somewhat quiet in the Venezuela friendly.

The above lineup is one tailored for this game, even if it may not 100 percent be the USMNT’s best. It’s one that should be able to get the job done and, ultimately, seal all three points ahead of a trip to the Azteca.