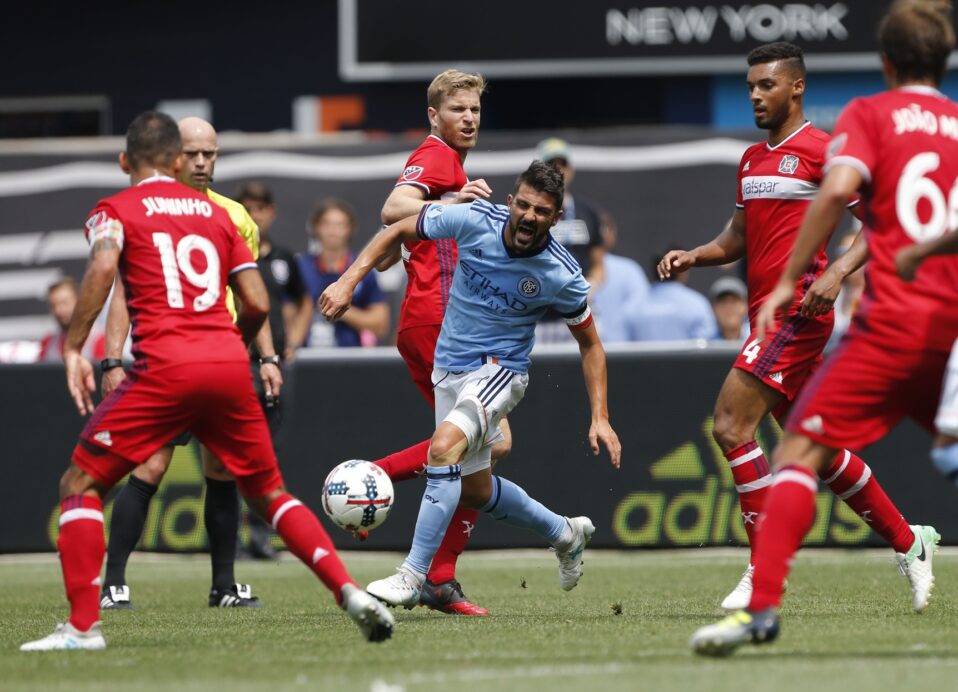 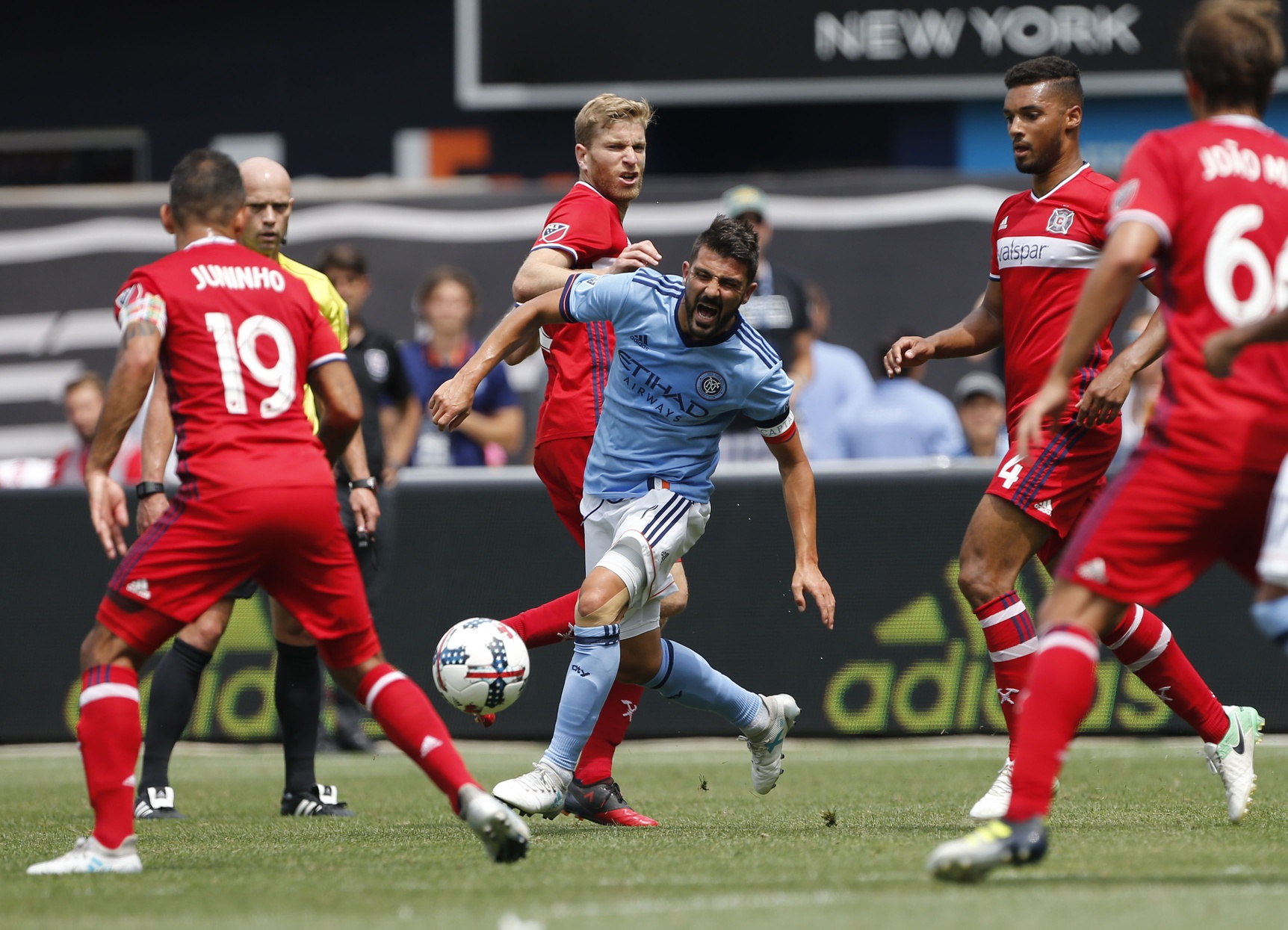 Coming off of a disappointing draw against Toronto FC on Wednesday night, New York City FC started Saturday’s match against the Chicago Fire with more aggression, physicality and, more importantly, energy. All of that paid off as the Blues took a crucial 2-1 win over one of Major League Soccer’s top teams.

The win, however, didn’t come easy. NYCFC midfielder Yangel Herrera was sent off in the 12th minute after earning a pair of yellows for dangerous challenges against Chicago’s Michael de Leeuw and Bastian Schweinteiger. His stomp on Schweinsteiger got him sent off by referee Allen Chapman, forcing the Blues to play nearly the entire match with just 10 men.

NYCFC captain David Villa opened the scoring on a perfect first-timer past Matt Lampson in the 47th minute to give the home side a one-goal advantage. Rookie Jonathan Lewis, making the first start of his MLS career, sent a perfect pass back to Villa who was just outside the 18 and the Spaniard finished it in world-class fashion.

NYCFC followed that up with a goal by defender Frederic Brillant in the 50th minute. Brillant sacrificed his body to head in the eventual match-deciding goal, taking a shot to the head from two Fire defenders after the goal was scored. Earlier, in the first half, he and defender Ben Sweat collided heads on a corner by the Fire. Both players took a while to get up and, while Brillant got up and continued, Sweat was forced off the field and out of the match.

The Fire struck for a goal of their own that was credited to David Accam, who had his shot bounce off the crossbar and just over the goal line. De Leeuw fired a shot in off the rebound to insure the goal stood.

Chicago brought immense pressure against the Blues in the final 20 minutes, however, goalkeeper Sean Johnson made clutch save after clutch save to preserve the win.

The win puts NYCFC within a point of Chicago for second in the East and two points shy of Toronto, who’s at the top of the conference. NYCFC travels to Toronto next Sunday for a crucial match for first place, while the Fire travel to Sporting Kansas City on Saturday.

Frederic Brillant put his body, mainly his head, on the line for NYCFC on the day. His header early in the second half gave the Blues an important 2-0 lead, and he played solid defense in his just his third start of the season.

Brillant, who remained on the field after a scary first-half collision with Sweat, doubled the NYCFC lead three minutes after Villa scored by putting his body on the line inches from the net.

Yangel Herrera played just 12 minutes before being sent off after a pair of tackles in the first half. His stomp on Bastian Schweinsteiger ended his shift early.