Despite transfer rumors, Neymar dazzles to lead Barcelona past Juventus 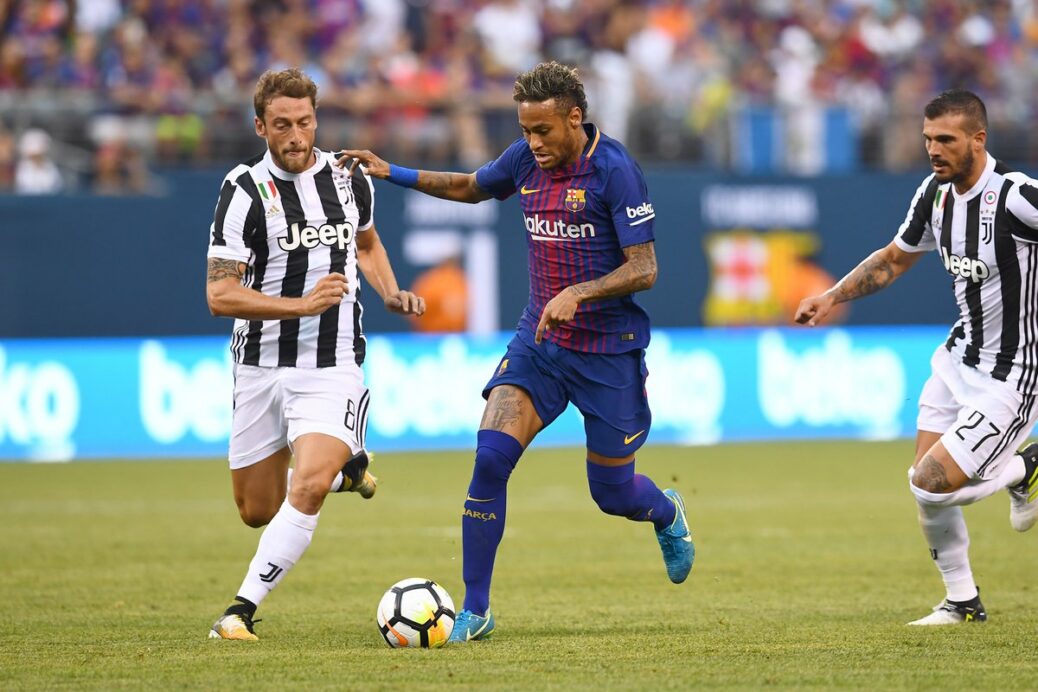 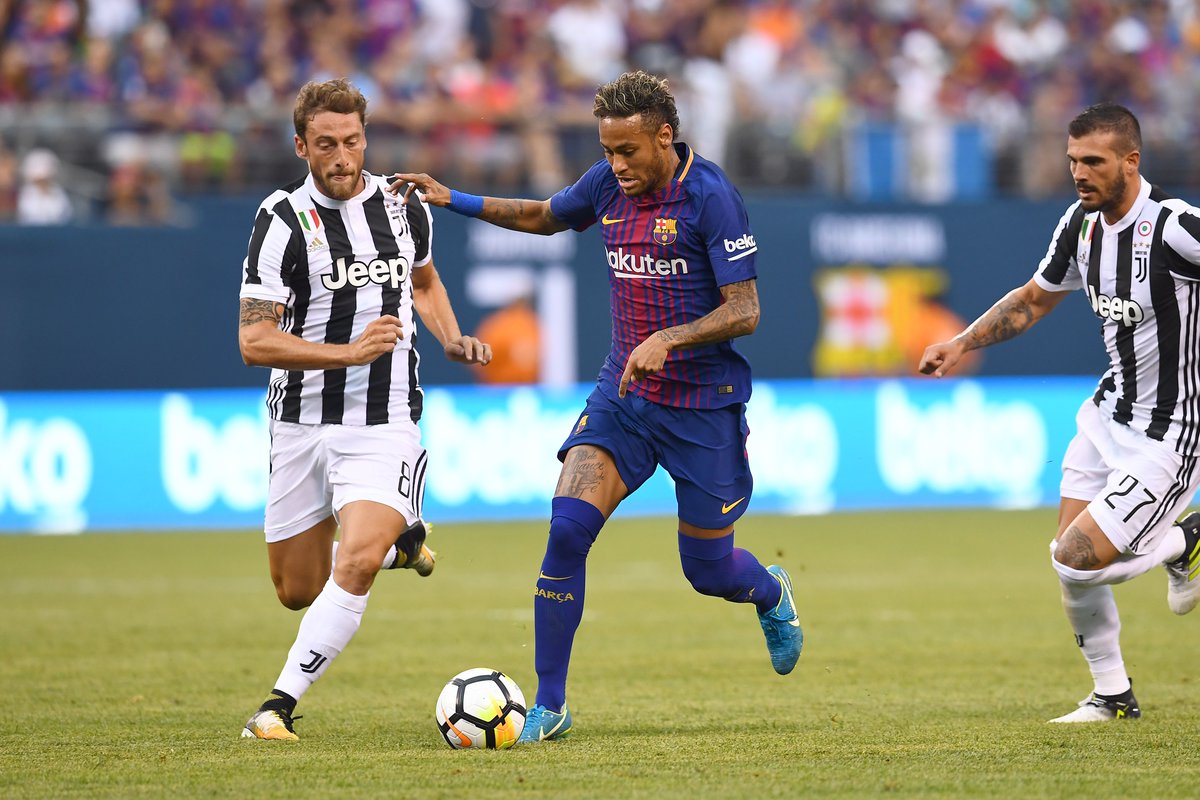 EAST RUTHERFORD – If this was to be Neymar’s final Barcelona performance, he sure did end his tenure on a high.

The Brazilian star scored a pair of first half goals to push the La Liga club to a 2-1 victory over Juventus in Saturday’s International Champions Cup match at MetLife Stadium. Neymar’s efforts come amid an insane amount of transfer speculation linking him with a record-breaking move to Paris Saint-Germain.

Neymar wasted little time in making his march, firing an early shot that was saved by Gianluigi Buffon. In the 15th minute, though, Buffon was left helpless as Neymar curled a shot to the far post, scoring Barcelona’s opener.

Just 11 minutes later, the Brazilian one-upped himself by darting in and out of the entire Juventus defense. After wiggling past several Juventus defenders, Neymar ripped his second goal of the game to beat Buffon and push the lead to 2-0.

Neymar dancing all the way to PSG. Incredible.

The second half brought massive substitutions with Barcelona moving towards a younger lineup while Juventus introduced several big-name stars like Paulo Dybala and Giorgio Chiellini. The latter scored Juventus’ consolation goal, heading home from a corner to score for the Juventus contingent of the 81,000+ in attendance at MetLife Stadium.

Both teams continue their U.S. tours as Barclona looks ahead to a match against Manchester United on July 26 at FedEx Field while Juve meets PSG that same day in Miami.

There’s no doubt; it was Neymar. The Brazilian star scored two majestic goals while making a major statement as transfer rumors loom.

Neymar’s second goal was as pretty as any he’s scored in a Barcelona jersey and, if it’s his last for the club, it certainly was a worth one.

In the after math of Leonardo Bonucci’s move to AC Milan, the centerback duo of Andrea Barzagli and Mehdi Benatia struggled mightily in the first half.