Timbers and Fire battle to draw in Portland 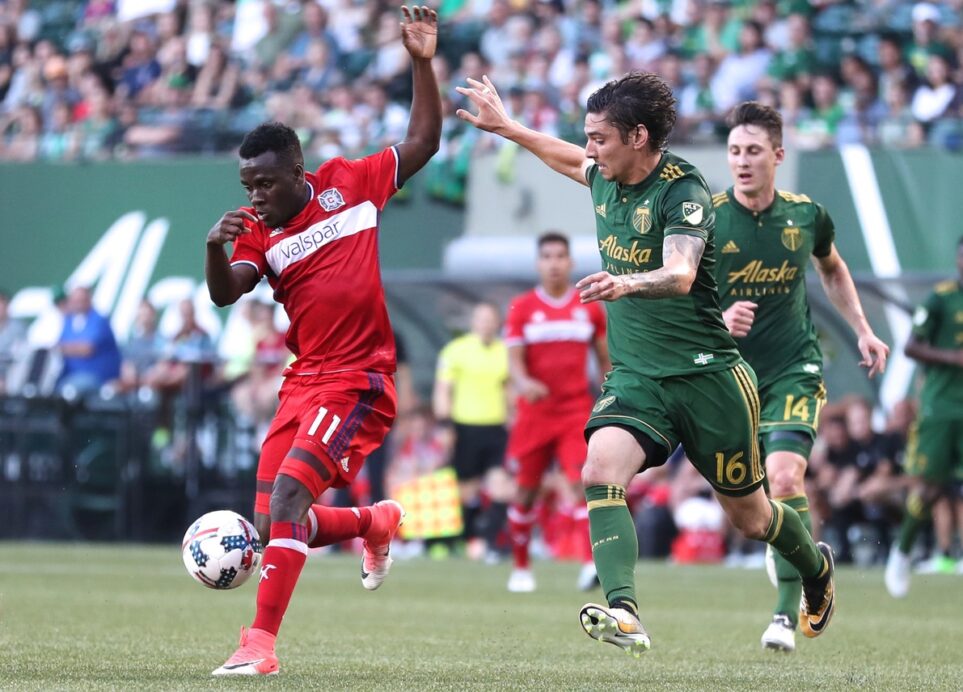 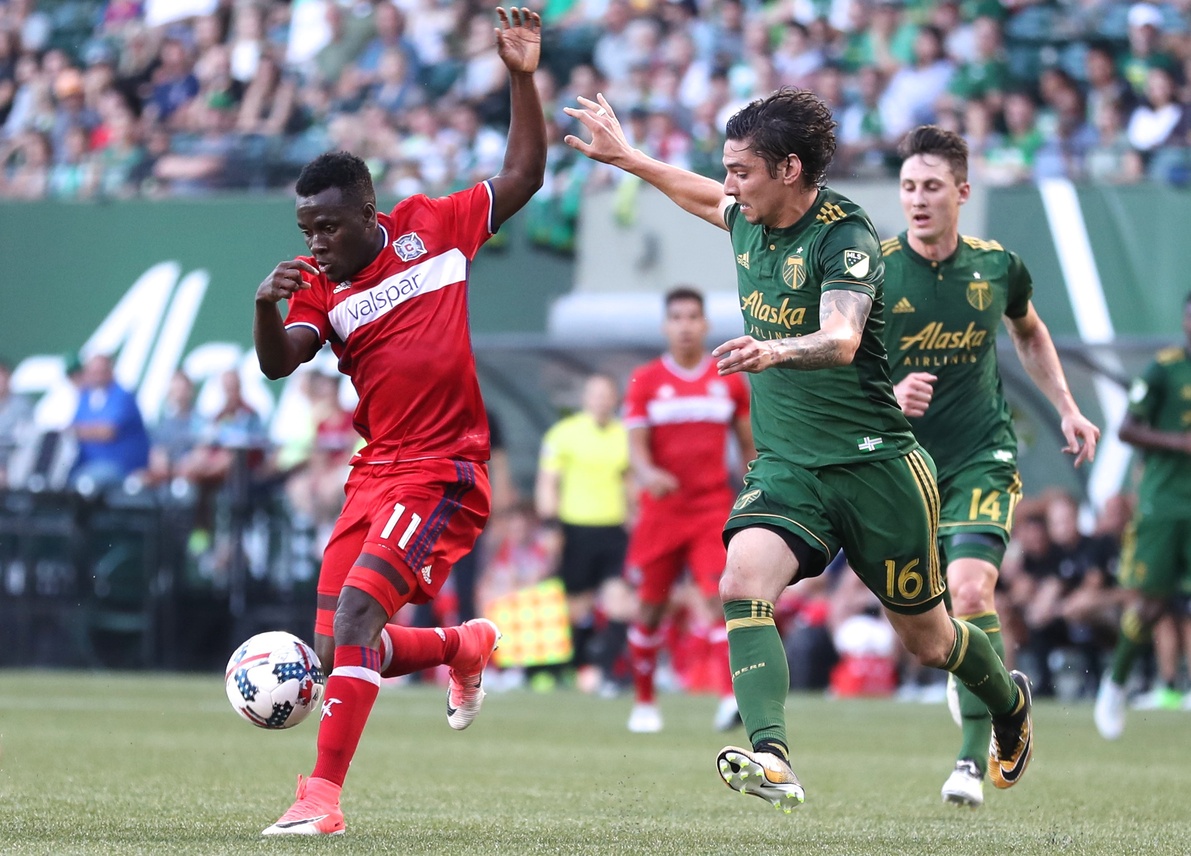 The Portland Timbers thew everything they had at the Chicago Fire, but it wasn’t enough to earn them the win.

A wild finish that included a disallowed goal in stoppage time saw the Timbers and Fire split the points with a 2-2 draw at Providence Park on Wednesday night.

Both sides came into the match hampered by injuries and international call ups. The Timbers were without captain Liam Ridgewell, midfielders Diego Chara and David Guzman, and only had six substitutes available. The Fire, meanwhile, didn’t have their starting midfield duo of Bastian Schweinsteiger and Dax McCarty.

The Timbers controlled possession early on in the match and were rewarded with a couple half chances. The real reward came in the 23rd minute when Juninho handled in the box, allowing Fanendo Adi to calmly slot home the opening goal from the penalty spot.

The Fire leveled the score in the 35th minute with their first shot of the match. Arturo Alvarez looked to be playing a cross in for Nemanja Nikolic, who missed the ball, but it was enough to fool goalkeeper Jake Gleeson. The Timbers backstop had no choice but to watch the ball slip inside the far post.

The Timbers continued to hold the majority of possession for the remainder of the half, but only produced a Diego Valeri bicycle kick that went well wide of the target. The Fire would only take one more shot for the rest of the frame.

The Fire continued to absorb Portland possession and half chances into the second half. They were able to take the lead just after the hour mark while trying to pressure on the counter attack. A poor clearance by the Timbers back line set off a series of passes that concluded with Brandon Vincent knocking a shot off the bottom of the crossbar and into the net to put the Fire in front.

The Timbers were finally able to reap some reward for their consistent second half possession in the 70th minute. Offside calls kept ruining most of their chances until Sebastian Blanco timed a run perfectly to receive a pass from Diego Valeri and thunder home the tying goal.

Chicago more or less closed up shop after conceding the equalizer. Happy to leave Providence Park with a draw, they focused on keeping the home side from finding a late winner, which the Timbers thought they had just after the 90 minutes expired. Fanendo Adi headed a Marco Farfan cross over the line, but he shoved Joao Meira out of the way to clear space for his chance and the goal was waived off. A flurry of action leading up to the final whistle provided nothing in terms of a winning goal and the two sides would have to settle for a point each.

Although the Fire are still the only team besides Atlanta United to never beat the Timbers, they use the draw to extend their unbeaten run to 11 games. The enter the Gold Cup break atop the Supporters Shield standings over Toronto FC on goal difference. Their next match is July 22 at Yankee Stadium against New York City FC.

The Timbers haven’t won a match in their last five tries and have three consecutive draws to their name. They’re in fourth place in the Western Conference. They return to action on July 19 with a home match against Real Salt Lake.

Arturo Alvarez was the main provider of attacking action for the Fire. He accidentally scored the first goal of the game and provided the assist on Vincent’s goal.

Adi thought he had a winner for the Timbers, but his slight shove to the back of Joao Meira was enough to wave the goal off. It was a big decision from referee Robert Sibiga. Timbers fans will leave the stadium bellowing profane chants his way, but it was the right call.

The entire Timbers attack will look back on this game and wonder what could have been. Consistent offside calls and poor finishing really set the tone for a match that could have provided a lot of attacking fireworks. Instead, the Timbers launched 24 shots, managing only to convert one into a goal.