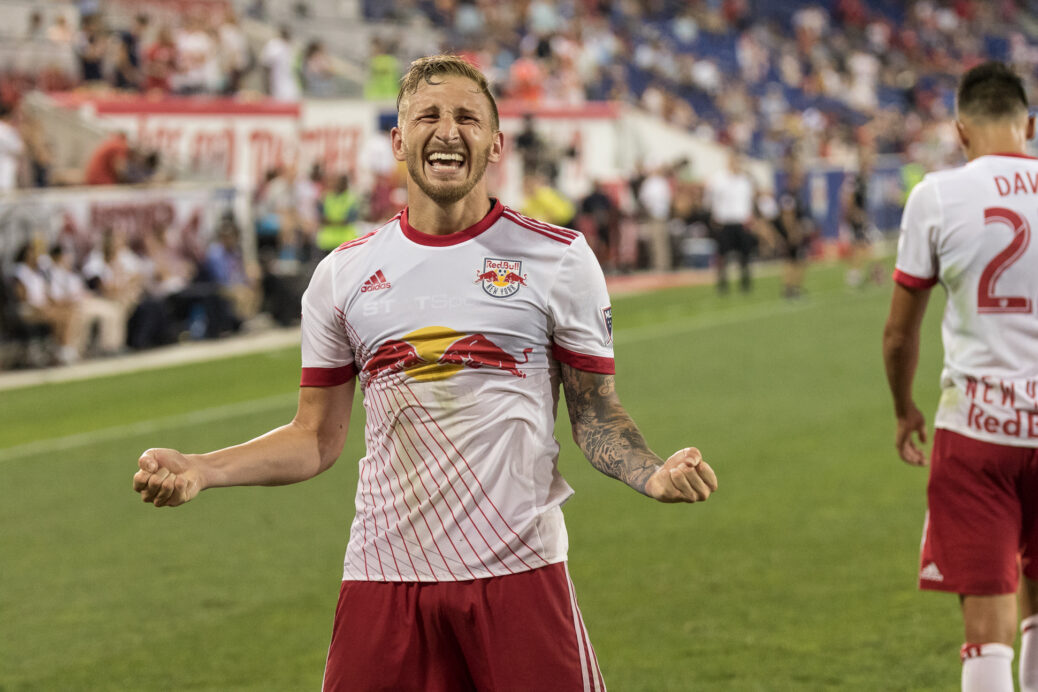 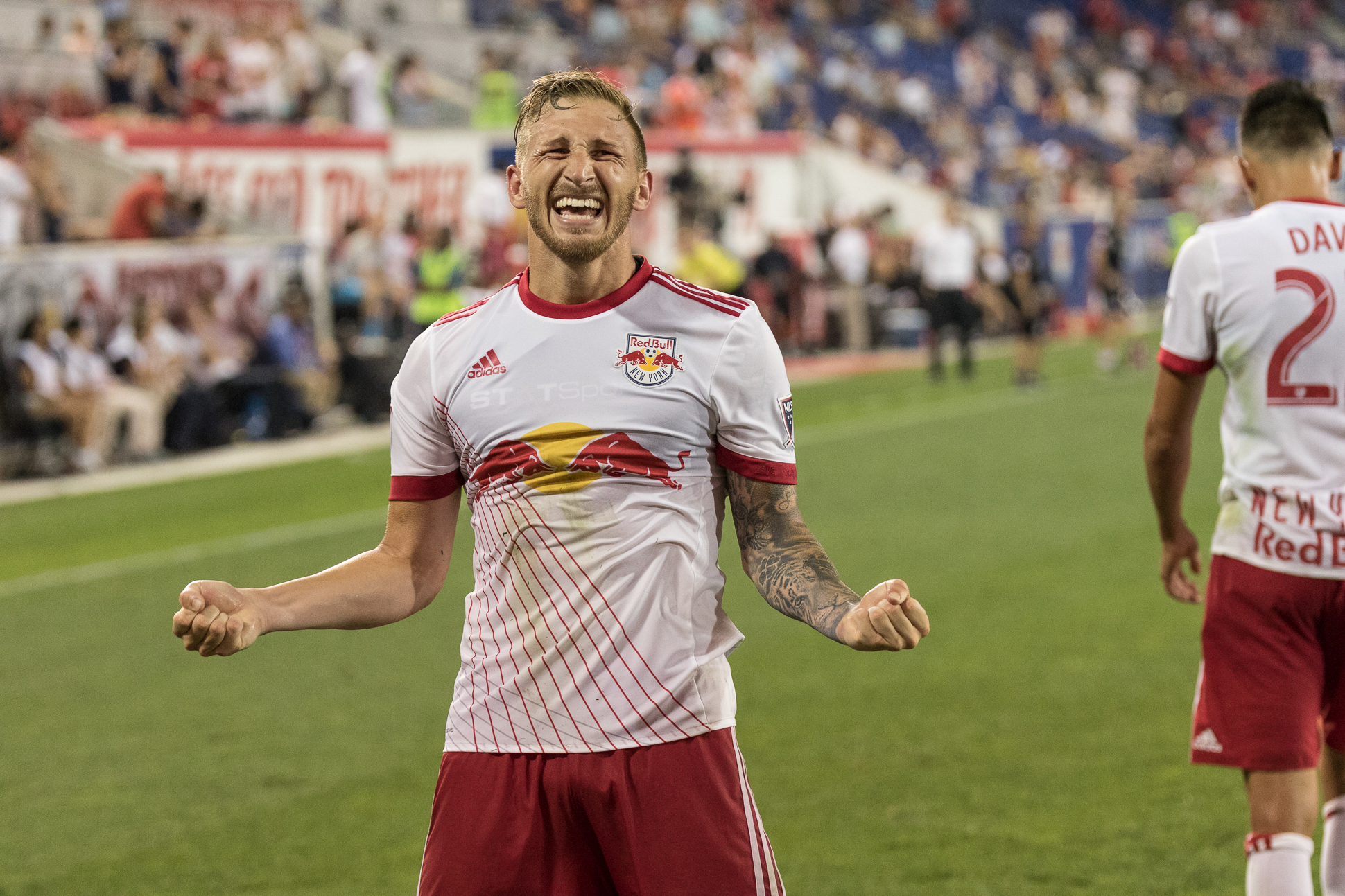 Nearly one month ago, the reporters gathered in the press room as Jesse Marsch fumed about the New York Red Bull’s execution in their system, or lack thereof, but proclaimed that they were “not changing it.” The Red Bulls had just suffered a home loss to New York City FC for the first time in the rivalry’s young history.

The mood was decidedly different on Wednesday evening. The Red Bulls had just completed a thorough dismantling of the San Jose Earthquakes, 5-1, and the head coach was positively glowing. Marsch never said I told you so, but it radiated from him.

The Red Bulls have not changed their identity, but the club has been anything but static in the past 30 days, changing formation and tactics from game to game in a period where the club has won four straight matches across all competitions.

For Marsch, the change in formation has contributed to the recent success, but the Red Bulls’ steadfast approach to their system has been the key.

“We’ve stuck to it. We’ve had to grind through moments,” said Marsch after the match. “We’ve had to feel the sense of failure for a large portion of the season, but we’ve all stuck together and make sure that we know that this is what this is about. We knew we’d come out on the other end, but you have to stay after it every day. You have to stay committed every day and find ways to get better.”

Results have certainly played a part in the team’s commitment to the current system, and the results have largely relied on a new look formation that is paying dividends. Switching from a 4-2-3-1 to a modified 3-5-1 that has been fluid during matches has seen captain Sacha Kljestan find his form, and the Red Bulls are flying.

The Red Bulls had not scored more than two goals in a game in 2017 before the shift in formation. In the two league matches since the change, the Red Bulls have scored a total of eight goals, while conceding just three. More importantly, the change has allowed for greater contributions from other role players on the squad such as Daniel Royer, Gonzalo Veron, Sean Davis, and Felipe. Bradley Wright-Phillips is finally getting the support he has desperately needed, making an otherwise mediocre game from the striker against the Earthquakes matter less to the final score.

Speaking on the change in formation, Kljestan agreed the additional midfield support is making the Red Bulls tick.

“I think having a little bit more help, being able to build up at the midfield. Most of the time we are four against three, four against two, and have both Sean Davis come deep and Danny [Royer] come deep, they’ve been good on the ball. Sean has been key for us. His ability to play in one of those attacking midfield spots but also come deep has been key.”

With Sean Davis helping to fill the gaps in midfield and contributing to the attack, the midfield of the Red Bulls has looked better than at any point this season. Finding a way to get Tyler Adams, Felipe, and Davis on to the field at the same time was a challenge for Jesse Marsch, but finding the balance in midfield and overwhelming opponents is exactly the sort of “Plan B” the Red Bulls have been searching for over the last three seasons.

Credit must be given to the team as a whole, and Jesse Marsch agreed.

“So every guy deserves credit. My staff has worked really hard. The players, all of them have put a lot into this. They haven’t backed down. They haven’t put their heads down. They haven’t complained or pointed fingers. They’ve all stayed on the task, and that’s been the case as long as I’ve been here.”

The Red Bulls head northwest this weekend to take on debutante Minnesota United FC. If results fall their way, they could end up climbing another spot in the Eastern Conference. As the season hits its most critical stretch, the Red Bulls are once again emerging as a contender in the league.