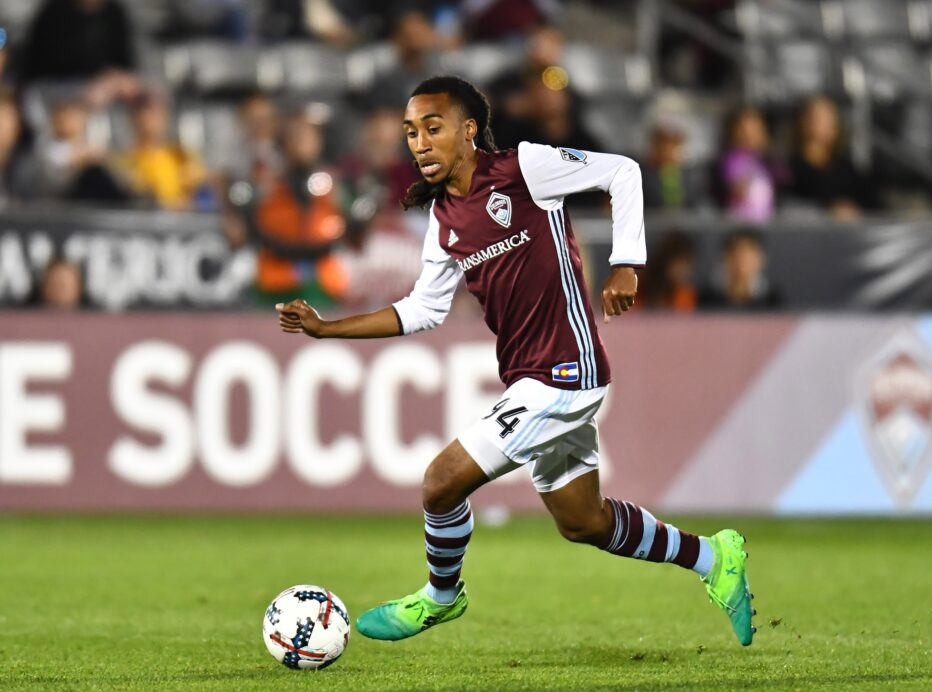 The Colorado Rapids are more than a staunch defense, at least for one night.

Kevin Doyle started the scoring early, but Cubo Torres managed to sneak one in to level the score before half time. Marlon Hairston came alive in the second half and buried a couple easy goals as the Rapids saw a rare burst of attacking form. In the end, they handed Houston Dynamo a 3-1 defeat at Dick’s Sporting Goods Park to climb out of the Western Conference basement.

The Rapids were able to find their goal opening thanks to some patient build up in the 21st minute. Nana Boateng did the dirty work in the midfield to begin the attacking move, and Dominique Badji kept it going with a sliding pass to Dillon Serna. Serna ended it with a perfect feed across goal to  Doyle for an easy far post finish.

The Dynamo came to life towards the end of the first 45 minutes and were able to ask a couple questions in the late moments of the half. After Tim Howard was forced to make a pair of tough saves in stoppage time, Torres poked home his 12th goal of the season in the fourth minute of stoppage time. He slid to reach an A.J. DeLaGarza cross and got enough of a touch to push the ball through Howard’s five hole to level the score at half time.

The Rapids would not let themselves remain down for long in the second half. The go ahead goal came in the 48th minute when Badji outran keeper Joe Willis for a through ball in the Dynamo penalty area, collected it on the end line and slid a perfect pass to a wide open Hairston, who tapped into the gaping net.

The Rapids began to play fairly defensively with the lead. The Dynamo was slowly controlling possession without creating many chances while the Rapids were breaking forward on the counter attack. Hairston finished one such counter for his second of the night at the 69 minute mark when Doyle found him with a feed from across the penalty area and he was able to bang the ball home for the insurance goal.

Rapids defending was the story from that point on. Despite being allowed to control the ball for the remainder of the match, the Dynamo never truly threatened Howard’s goal and the Rapids was able to earn a big home three points against a Western Conference playoff contender.

The win pulls the Rapids out of last place in the Western Conference and ends a small two-game losing streak. It was also a welcome breakout for their weak attack. They put three goals in for the first time since a 3-0 win over the San Jose Earthquakes on May 12, and only the second time all season. They will remain at home for an Independence Day clash with Seattle Sounders before the Gold Cup break.

The Dynamo, meanwhile, remain winless away from home on the season. They still hold onto a playoff spot in the Wastern Conference, however. They sit in fourth place, six points back of leaders Sporting Kansas City. Up next, they head back to Houston, where they will welcome in Montreal Impact on Wednesday night.

Marlon Hairston scored his second and third goals of the season in the second half and those proved the difference for the Rapids.

Hairston’s first goal helped win the match, but it was Badji doing the dirty work to set it up. His hustle and deft movement past the Dynamo defense led to a slick pass across the face of goal to feed the goalscorer. The Rapids looked quite comfortable once it went in and rode it to a big three points.

Joe Willis was rather poor in goal for Houston. He showed some poor decision making on the first Hairston goal and probably could have done more to prevent the other two Rapids’ tallies as well.