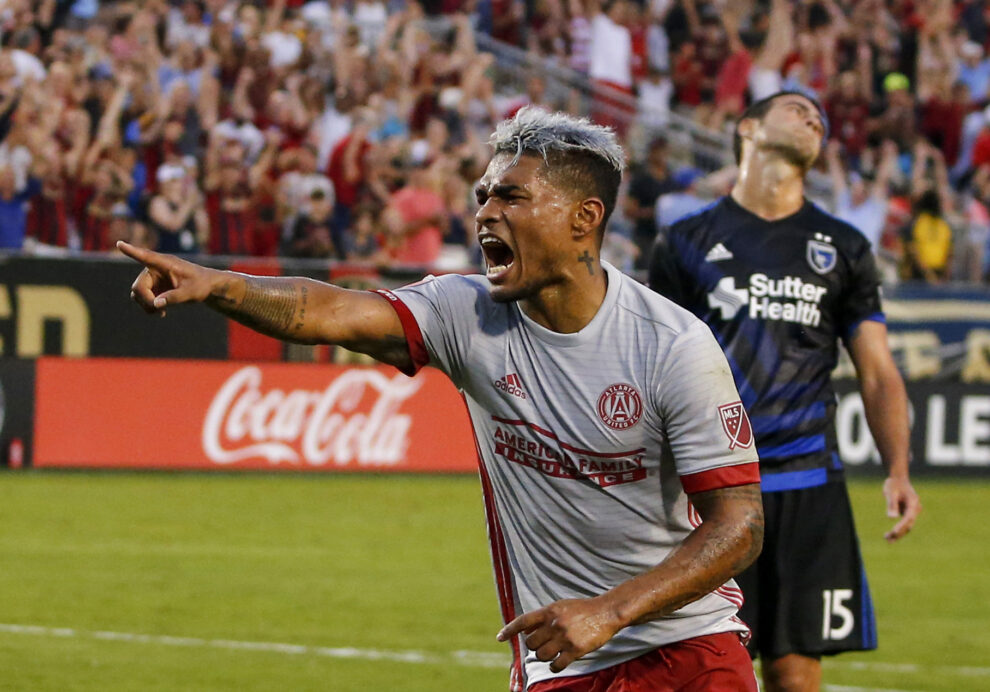 The San Jose Earthquakes arrived in Atlanta with confidence and belief they could go toe-to-toe with Atlanta United’s high-flying attack. That much was clear by how the Earthquakes started the match. Unfortunately, defender Kofi Sarkodie’s first-half red card forced them into a mismatch they were doomed to lose.

The Earthquakes played well early, and even showed fight down a man, but the dynamic duo of Josef Martinez and Miguel Almiron eventually picked apart a tiring San Jose defense on the way to a 4-2 win at Bobby Dodd Stadium on Tuesday night.

Martinez scored his first goal in the 65th minute, heading home a Greg Garza cross to give Atlanta United a 2-1 lead. That lead lasted less than a minute as San Jose went right down the field and Nick Lima delivered a perfect cross for Chris WOndolowski to volley home to make the score 2-2.

Atlanta shook off that response and eventually took control, with an unlikely hero delivering the winner. Defender Anton Walkes headed home a Julian Gressel corner kick to give the home team the lead for good.

Martinez provided a beautiful insurance goal in the 89th minute when he sprung Miguel Almiron on a counterattack with a nifty back heel. Almiron raced at the retreating Earthquakes attack before slipping a pass to Martinez, who struck his shot past David Bingham and off the inside of the left post for a 4-2 finish.

The loss was a disappointing one for an Earthquakes side that started the match well, with Tommy Thompson’s second-minute goal giving visitors early control. Things changed though in the 10th minute when Sarkodie drew a yellow card for an ugly two-footed tackle that was more deserving of a red card.

Referee Juan Carlos Rivero started losing control of the match as things became more physical. A red card seemed inevitable, and it came in the 32nd minute when Sarkodie saw his second yellow for pulling down Yamil Asad.

Atlanta equalized in the 55th minute when Carlos Carmona pounced after a Martinez header forced a save, with the rebound falling to Carmona, who made no mistake.

Martinez’s next header hit the mark just 10 minutes later, though Wondolowski responded immediately with his equalizer.

Though it was just an insurance goal by the time it came, Martinez’s second goal was a work of art, as hie combined with Miguel Almiron for a beautiful passing sequence.

Kofi Sarkodie cost his team a chance for a big road win on a day when the Earthquakes actually looked capable of beating Atlanta United.