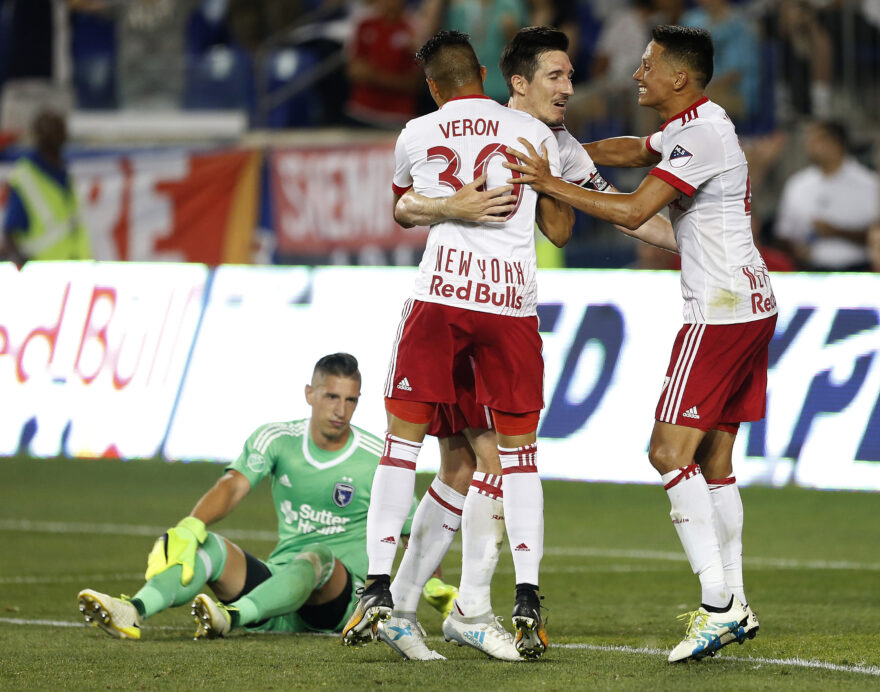 Wednesday represented the much-awaited return of MLS after the short Gold Cup break, but a few teams found themselves returning to a nightmare on the field.

After a rain delay, the Montreal Impact got a winner from Blerim Dzemaili in a 2-1 victory over the Philadelphia Union. (READ)

A late penalty conceded by New York City FC doomed them to a stoppage-time draw against a rotated Toronto FC. (READ)

The Houston Dynamo dominated, but couldn’t find the back of the net, in a scoreless draw with Minnesota United. (READ)

The Seattle Sounders mounted the first ever MLS comeback from 3-0 down to win in regulation, 4-3, over D.C. United. (READ)

Tony Tchani provided the lone goal that gave the Vancouver Whitecaps a 1-0 victory, and the LA Galaxy their sixth loss at home this year. (READ)

Real Salt Lake emerged on top with a 4-1 victory over the Portland Timbers in a match featuring three red cards. (READ)

Despite their big loss, the San Jose Earthquakes were pleased with the debut and first MLS goal for new DP Vako. (READ)

Patrick Vieira said New York City FC have “a lot of work to do” after they conceded a late penalty in their draw against Toronto FC. (READ)