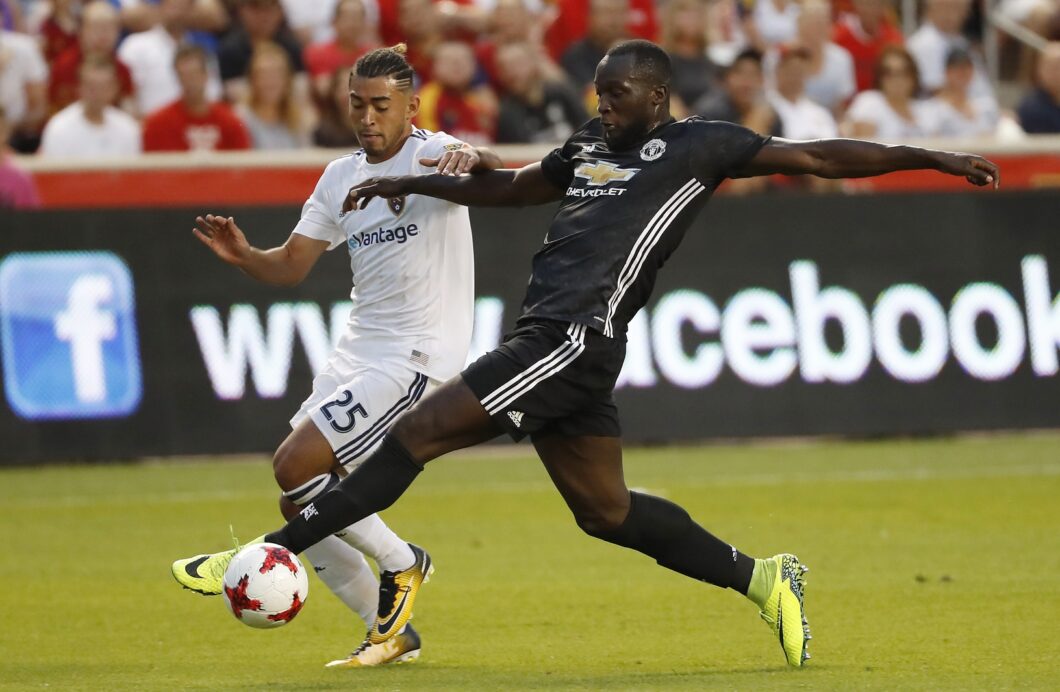 Real Salt Lake welcomed Manchester United to Rio Tinto Stadium on Monday evening for a club friendly that ended in a 2-1 win for the Premier Leauge powerhouse.

The hosts took a 1-0 lead through Luis Silva, who scored after 23 minutes. The forward muscled his way past United defender Phil Jones, and slotted his effort to the bottom left corner.

Romelu Lukaku scored his first Manchester United goal after 37 minutes, which proved to be the winner for the visitors. Despite going down to 10-men later in the second half, Jose Mourinho’s team remained unbeaten during their 2017 preseason tour in the United States.

30-year-old Loons defender Vadim Demidov looks to be in his final days with the club, after failing to break into the first-team.

The Norwegian international has only made three appearances in MLS this season, and has not featured since March 25. Demidov was benched after the team’s winless start to kick off their debut campaign in Major League Soccer, and is earning a team-high $550,000. With defenders Francisco Calvo and Jermaine Taylor still away on Gold Cup duty, the Loons are extremely shorthanded at the centerback position.

Centerback Brett Kallman is also injured, dealing with a MCL sprain, while new signing Michael Boxall is ineligible with his visa pending. Loons manager Adrian Heath was quoted saying the team will look to sign “four to six more players” before the secondary transfer window closes on Aug 9.

The Philadelphia Union announced on Monday that they signed 17-year-old midfielder Anthony Fontana to a professional contract. The Newark, Delaware native is the sixth homegrown player in the Union’s history.

As of Jan. 1, 2018, Fontana will join the active roster. A highly regarded midfielder, Fontana joins the Union having made 13 appearances for Bethlehem Steel FC between the 2016-17 seasons. Fontana made his debut on July 2, 2016 against FC Cincinnati, playing 17 minutes at the age of 16.

This year, Fontana has made five appearances (three starts) for the Steel. He also appeared in the Union’s friendly against English Premier League side Swansea City AFC on Saturday, playing 14 minutes in a substitute’s role.

“We are delighted to sign Anthony and welcome him to Philadelphia Union as a Homegrown Player,” said Union Sporting Director Earnie Stewart. “This is a momentous achievement for Anthony and one that he has thoroughly earned through his hard work with our Academy and with Bethlehem Steel FC.”

UNION’S HERBERS OUT INDEFINITELY DUE TO SPORTS HERNIA

The Philadelphia Union will be without winger Fabian Herbers after the German international had sports hernia surgery on Tuesday morning.

The 23-year-old has made 12 MLS appearances this season, scoring one goal and adding one assist. Herbert has not featured since May 20 against the Colorado Rapids.

Herbers is in his second season with the Union, and scored three league goals and added six assists in 33 league appearances in 2016.

Major League Soccer announced on Tuesday that a date and time change has been issued to Atlanta United’s home fixture against the Montreal Impact on Saturday, Sept. 23.

The match scheduled to be played at Mercedes-Benz Stadium at 7 p.m. has been moved to 5 p.m. on Sunday, Sept. 24 and will be a nationally televised broadcast.