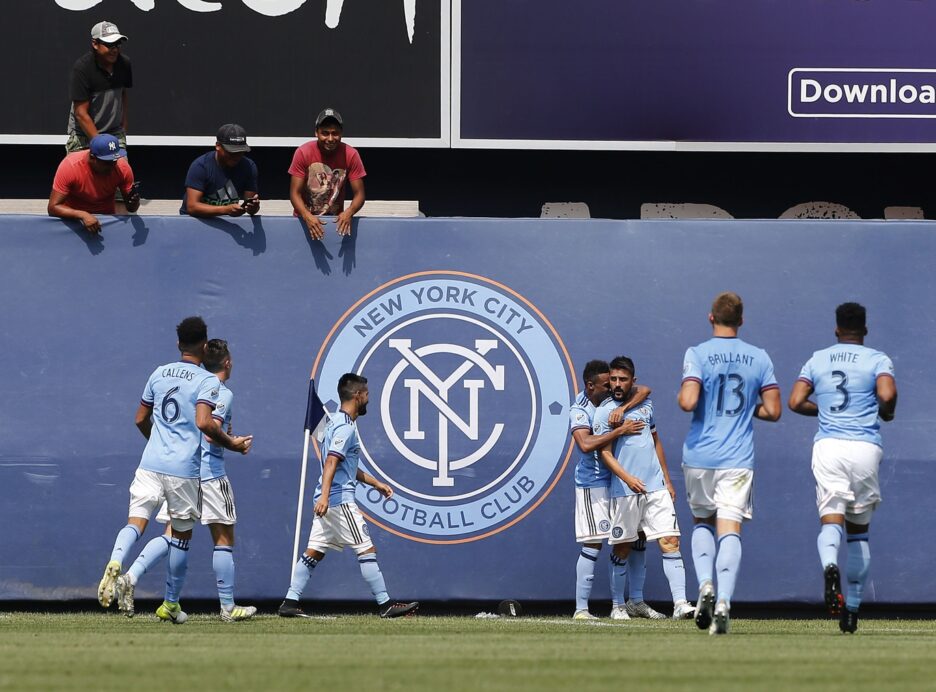 Now, they can add winning with just 10 men on to the list.

NYCFC’s 2-1 win over the Chicago Fire, one of the top teams in the East, let alone the league, is another example of the Blues’ tough character.

The Blues were forced to play with just 10 men after a pair of challenges by midfielder Yangel Herrera saw his shift end just 12 minutes into the match. But, instead of Herrera’s exit becoming the start of a snowball effect, NYCFC fought back, scoring twice in the second half and holding off a Fire barrage in the final 20 minutes.

“I think to manage to win the game we did today, you don’t win these types of games if you don’t show the togetherness, the character, and I think today we showed a little desire and a little discipline as well,” head coach Patrick Vieira said. “They managed to keep the result and win the game because of the way they played today.”

Herrera’s loss could’ve impacted what was, originally, a physical, aggressive approach by NYCFC. Without Herrera, guys like Alex Ring took control of the midfield, Frederic Brillant stepped up in the backline in place of Maxime Chanot, Sean Johnson stepped up in the net against his former team and David Villa, once again, carried the club on his back, scoring the first goal in the 47th minute.

“I think what was going on with 10 men is that players will group together fighting and working harder than when there are 11,” Vieira said.

“I think mentally we were in a different place today,” Johnson said. “We’ve got to fight tooth and nail and put everything out there and I think every person that stepped on the field gave it 100 plus percent.”

But the story doesn’t end there. Defender Ben Sweat was forced off of the field with what appeared to be a concussion after he and Brillant collided heads defending a Fire corner late in the first half.

Mikey Lopez came off of the bench to replace Sweat at right back.

“Yeah, we do what we do best, and we bounced back after a so-so performance,” Lopez said. “We were disappointed after Wednesday but today we all fought hard as a team and as a family and were able to score two goals and shut it down from there.”

NYCFC has yet to record back-to-back losses during the campaign and has yet to experience a downward or winless trend of any kind. They’ve only lost after a draw once this season (vs. Real Salt Lake on May 17) and have bounced back for points seven times after a loss or draw the match before.

Even with Wednesday night’s draw against Toronto FC, the current leaders of the East and the Supporters’ Shield, NYCFC still has a chance to claim the top spot with a win next Sunday against the Reds at BMO Field.

“We needed this win,” Johnson said.  “I think everybody from that point on found it within to take it to another level and come out with a win.”

NYCFC’s never say die attitude doesn’t just reflect on the Starting XI, or on the 18-man selection for the day. As Villa puts it, it’s a club mentality that goes from him, all the way down to the last man on the roster.