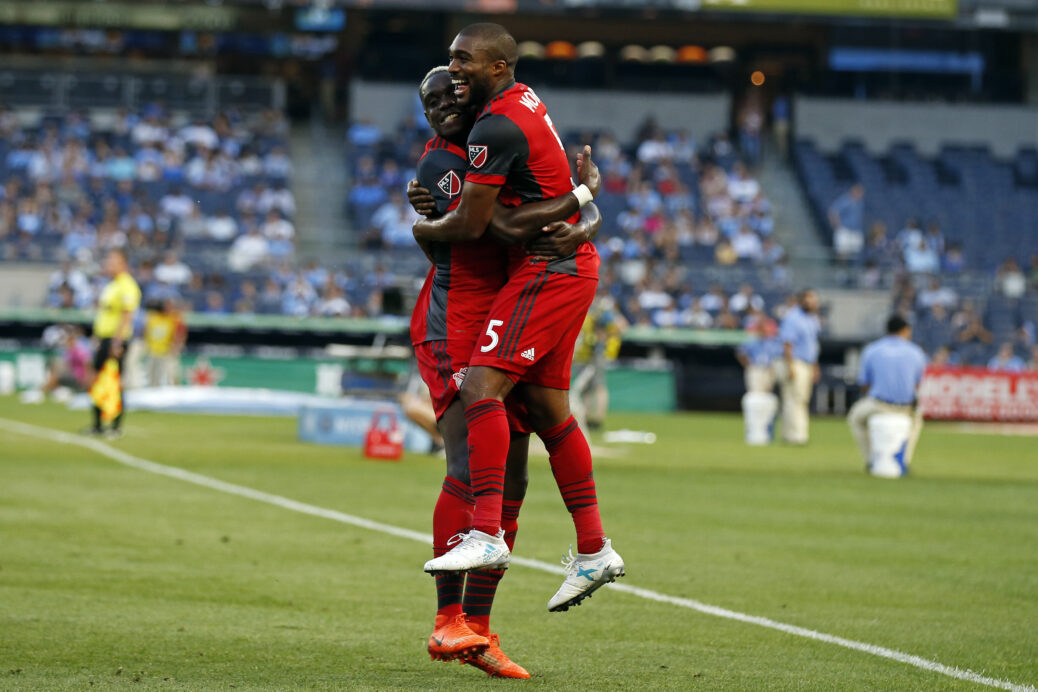 A potential statement win for New York City FC turned out to be nothing more than a deflating draw Wednesday night in the Bronx.

Toronto took the early 1-0 lead on a goal by Ashtone Morgan in the 11th minute, as Morgan hit a cross first-time, drilling it past City keeper Sean Johnson. NYCFC pulled even in the very last seconds of the first half as captain David Villa scored at the top of the box on a first-time shot off of a pass by Jack Harrison. The goal was Villa’s 13th of the campaign.

Then things got a bit crazy in the second half. Toronto seemed to have taken a 2-1 lead in the 50th minute on what seemed to be a goal by Ben Spencer. Spencer, like Morgan’s goal, took a short cross at the far post, but the refs deemed the play offside afterward and disallowed the goal. Following the controversy, Toronto FC head coach Greg Vanney was shown a red card and ejected from the match.

Then, much like they’ve done all year, NYCFC clawed back to take the lead in the 56th minute on a goal by Maxi Moralez, his third of the season. But unlike most of the season, NYCFC allowed Toronto to create and Jordan Hamilton drew a foul against RJ Allen inside the City six-yard box, leading up to the penalty by Victor Vazquez.

Vazquez played the heart-breaker as his penalty take found the back of the net early in second half stoppage time to force NYCFC to settle for the lone point. The late draw comes at a steep cost for TFC, however, as Sebastian Giovinco had to be subbed off in the first half due to injury.

Raheem Edwards might not have found the scoresheet on Wednesday night, but his presence was clear and visible in Toronto FC’s attack as he spearheaded nearly every move forward.

NYCFC’s Yangel Herrera will wish that he shot what would’ve been a third goal for NYCFC late in the second half, instead of dancing with the ball and, eventually missing a chance as his shot was saved by Toronto’s Alex Bono.